NAO, a humanoid robot described by his creators as a “little character with a unique combination of hardware and software,” can read your moods, recognize your family members, and learn your preferences in music, movies, and food.

A team of researchers at the University of Delaware recently received a grant from the National Institutes of Health to explore the use of the 22-inch robot in a new approach to pediatric rehabilitation based on social interaction between robots and humans.

The team — robotics expert Herbert Tanner, mobility researcher Cole Galloway, and computational linguist Jeffrey Heinz — will collaborate with researchers at the Johns Hopkins University Center for Imaging Science on the project, which is known as GEAR (Grounded Early Adaptive Rehabilitation).

“Our hope is that the robot will act as a magnet for very young children with disabilities, along with their typically developing peers, engaging them in dynamic group activities — controlled chaos full of fun, friends and fitness,” says Galloway.

“Pediatric rehabilitation equipment and training currently do not meet the needs of kids with motor disabilities,” he adds. “Young children’s overall knowledge depends on their ability to be mobile with peers — once they start moving, they begin to learn about the world in fundamentally different ways.” 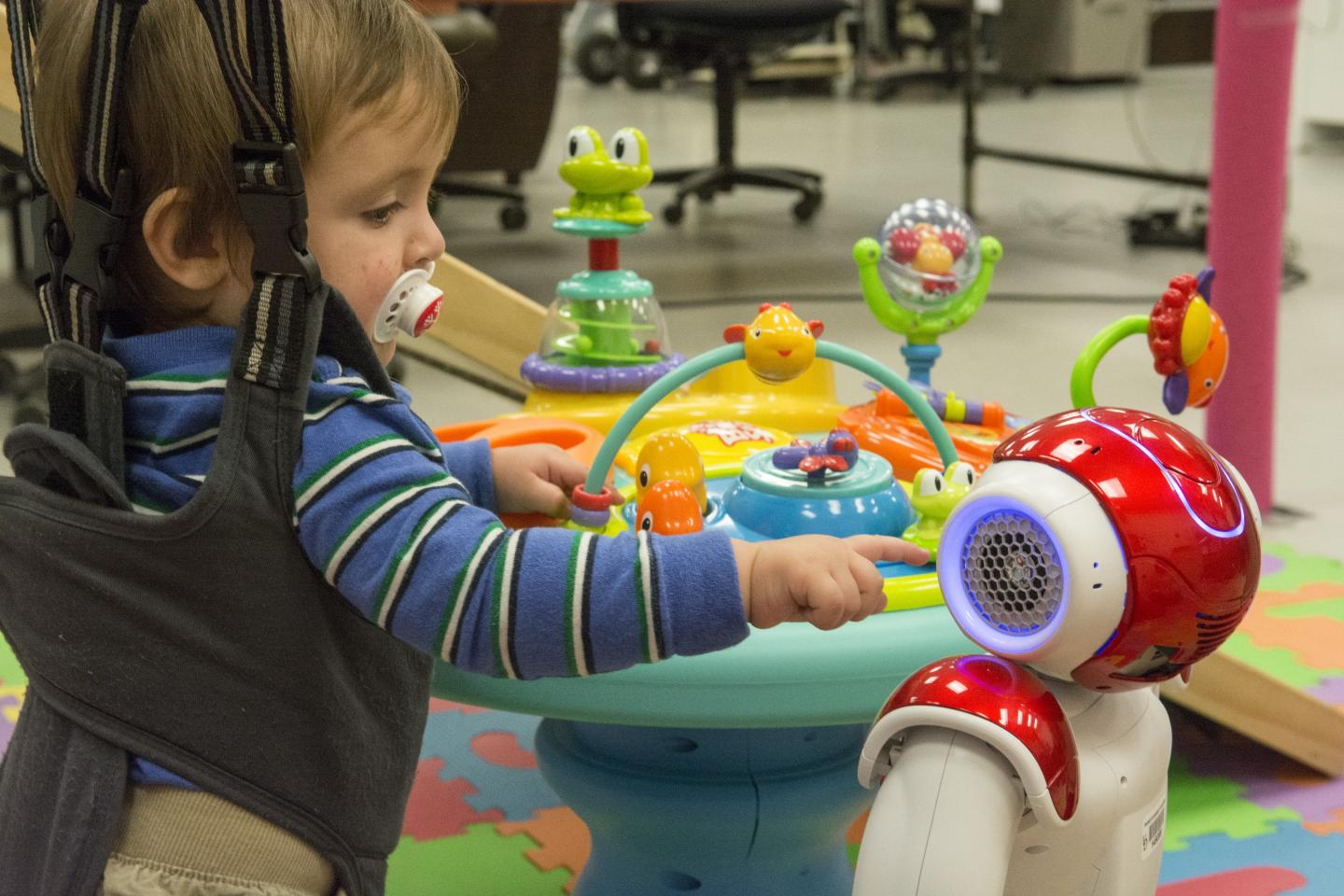 Like a Toy, More than a Toy
It’s no accident that NAO resembles a toy more than a research tool, but he’s a very sophisticated “toy.”

“NAO will interact socially with children and engage with them,” says Tanner. “But, even more importantly, the robot will be programmed to react to the behaviors of individual children and deliver personalized interventions.”

Heinz, whose expertise lies in machine learning, will work with Tanner on the programming by developing new algorithms that will enable the robot to devise plans on its own based on its environment.

“Amazingly, we can use insights from how children learn language to design robots that can likewise learn from their experience,” says Heinz.

This capability is what will enable NAO not only to lead kids through a prescribed sequence of steps in a choreographed training routine but also to know when enough is enough.

If a child’s attention wanders, NAO will redirect her attention to an activity likely to reengage her. If a child shows signs of fatigue, NAO will offer him a more restful activity.

“We all know that babies’ behavior is highly dynamic,” says Galloway. “NAO and our entire research team will have to be equally dynamic, which should result in both significant and innovative gains for pediatrics and robotics.” 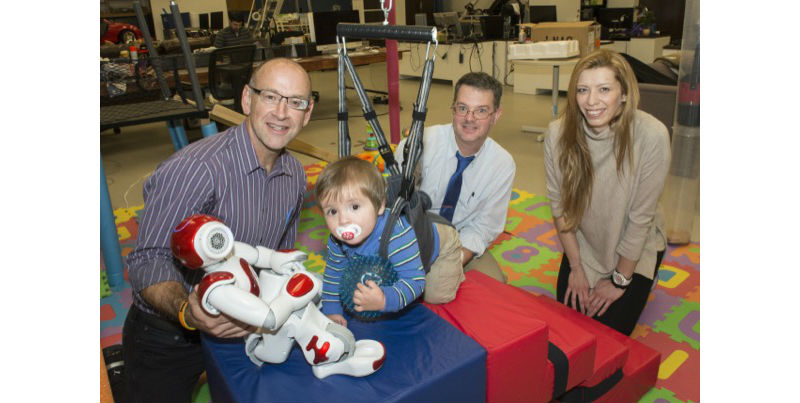 Pictured are (from left) Cole Galloway, William, a typically developing child who is demonstrating the application of the technology, Herbert Tanner and doctoral student Elena Kikkoni.

Setup, Scaleup
NAO will be used in conjunction with a portable harness system that partially supports the weight of special-needs kids and allows them to move freely in an 80-square-foot space, as well as with a network of cameras, sensors, and accelerometers that record the subjects’ motion and type of activity.

Experts at Johns Hopkins will contribute by developing activity recognition algorithms so that NAO can discern fine distinctions in the types of movements the children make.

The data collected will enable the researchers to evaluate the effectiveness of the robotic intervention. Once the system has proven its efficacy through clinical testing in the Pediatric Mobility Lab and Design Studio at UD’s Science, Technology and Advanced Research (STAR) Campus, the door will be open to develop versions of the setup for use in community homes as well as area schools, such as the classrooms and gym at UD’s Early Learning Center.

Tanner, who has already worked with Heinz in applying lessons from child learning to robot training, is happy to be involved in a project focused on kids with special needs.

“This work has the potential to have a clear and immediate effects on people’s lives,” he says.