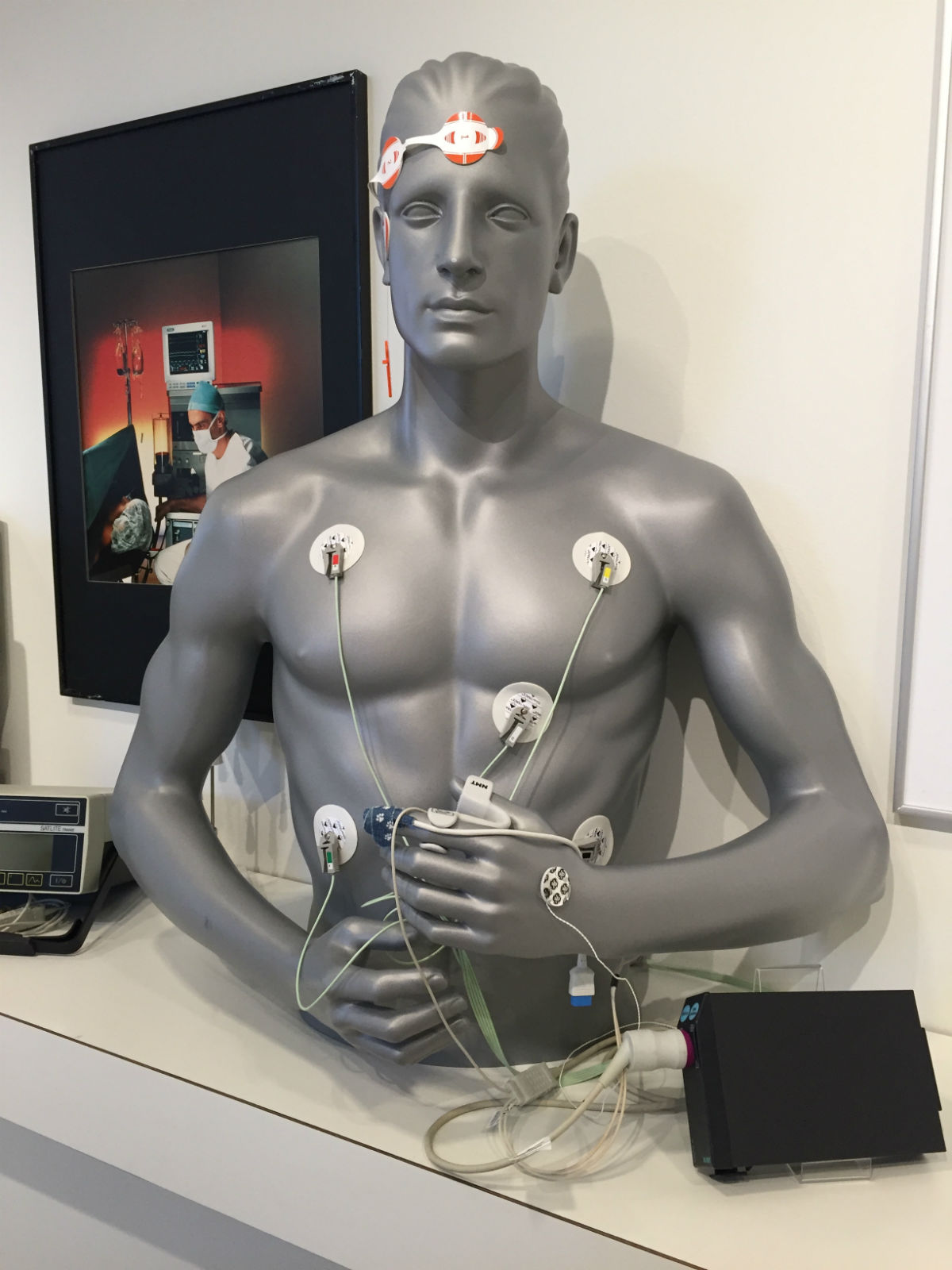 Let’s be honest: November isn’t the best time to visit Helsinki. But the gloom that envelops the Finnish capital every autumn didn’t stop some 15,000 visitors from descending on Slush, one of the world’s largest tech gatherings, which drew 1,700 startups this year as well as Google, Nokia and GE.

This shouldn’t be surprising. Although there are only 5.4 million Finns, they’ve had an outsized influence on the technology of our modern lives. Finland, after all, is the home of the open-source operating system Linux as well as Nokia, which set off the explosive growth of mobile communications. “We have a tradition of working together,” says Peter Vesterbacka, co-founder of Rovio, the company behind Angry Birds, who helped start Slush in 2008. “Maybe it has something to do with our cold winter. If you don’t get your house built, you’ll die.” 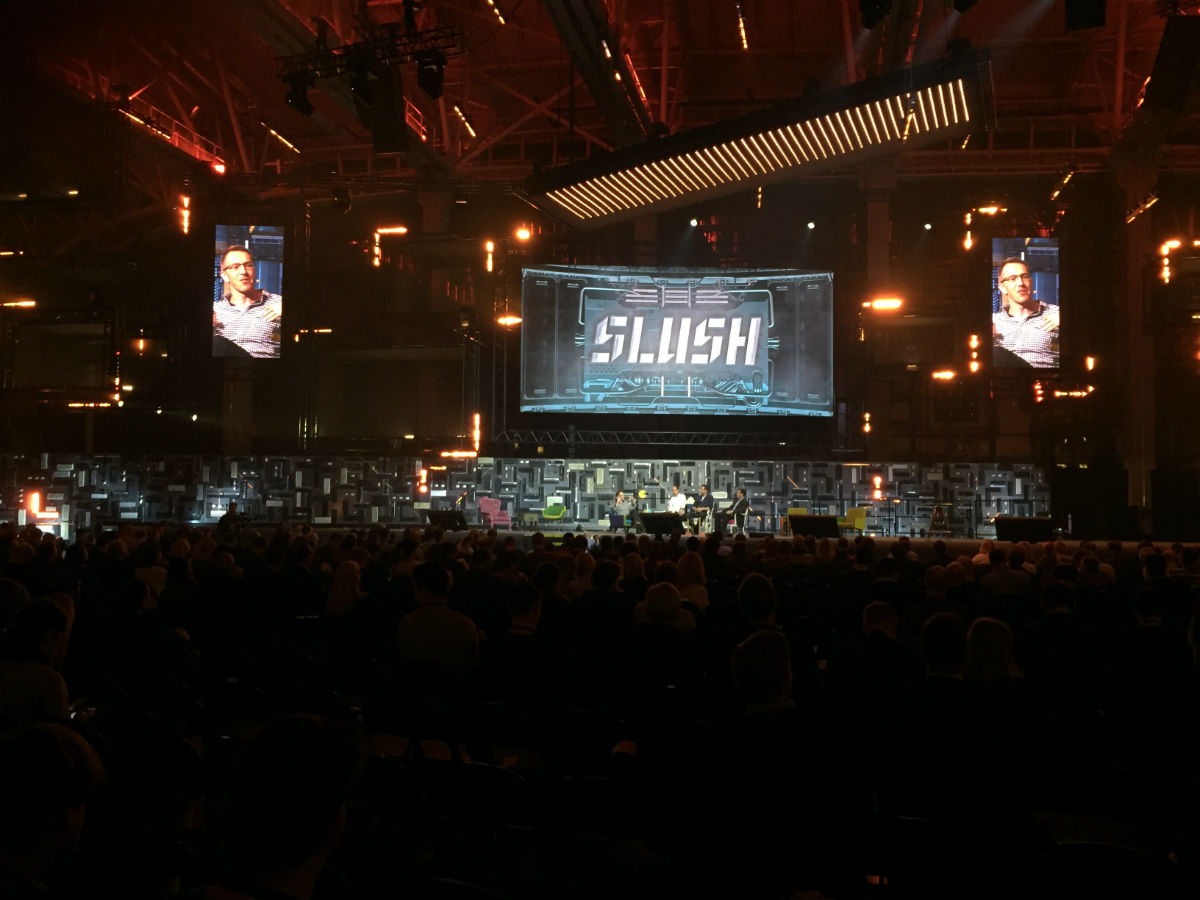 Some 15,000 people visited Slush, one of the world’s largest tech gatherings that drew 1,700 startups this year as well as GE, Google and Nokia. (Credit: GE Reports)

GE is tapping into this spirit. Last year, the company’s healthcare business opened the Health Innovation Village, a startup incubator that is helping 26 local companies develop products tied to healthcare and medicine. The Village just partnered with the U.S.-based  StartUp Health, the world’s largest digital health hub, which opened its first international location in Helsinki in November.

But GE is also using local brainpower to change the face of medicine by moving healthcare into the cloud. Its engineers in Helsinki are specifically looking at patient monitoring. They are building wireless tools that could one day be no larger than a Band-Aid and constantly stream heartbeat, blood pressure, respiration and other information into the cloud, where software could analyze it, alert doctors to anomalies and looming crises, and effectively create our digital twins. 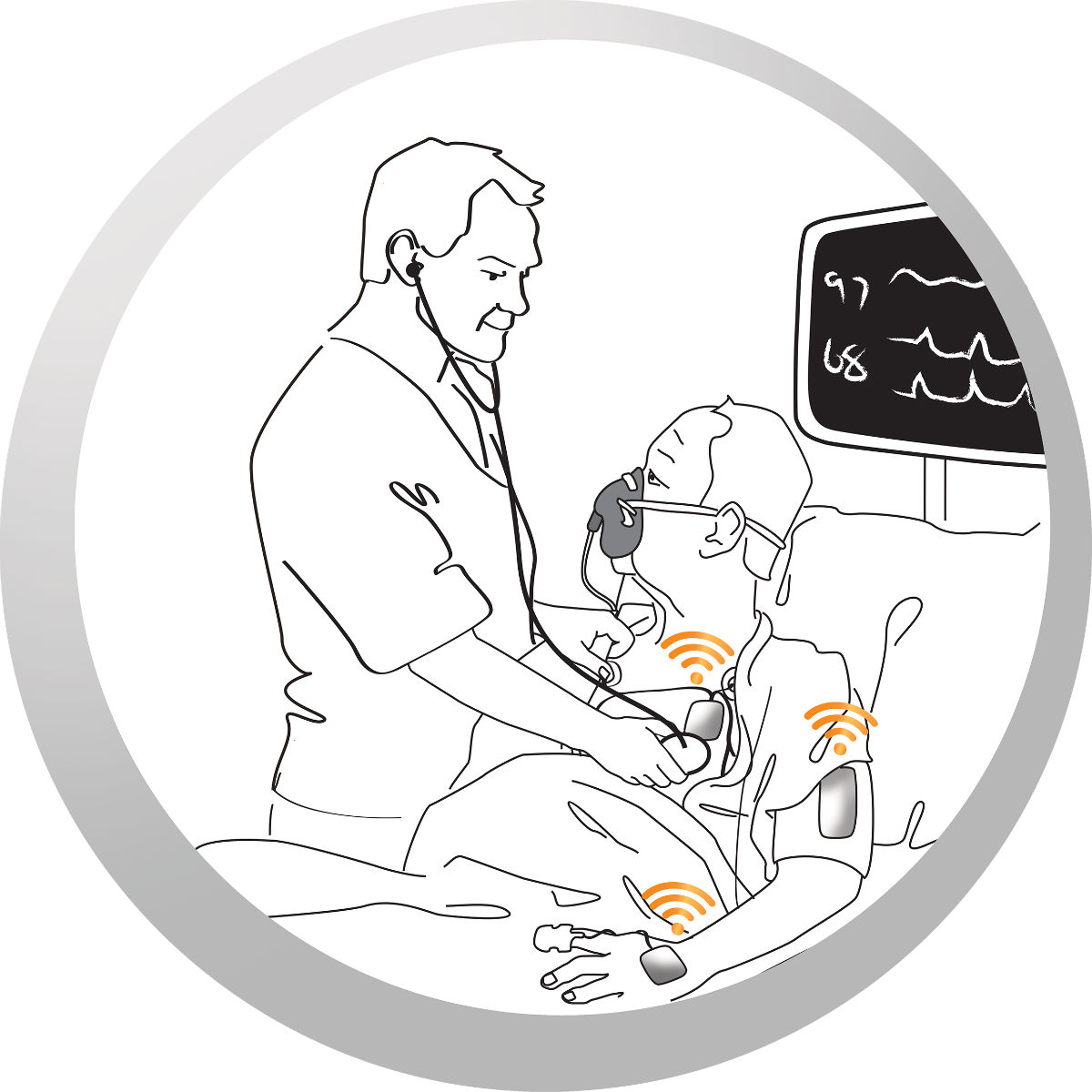 Within five years, the technology could enable patient monitoring over a wireless network that will allow doctors to learn what’s happening with a patient from any connected device. (Credit: GE Healthcare)

“The same transformation that happened with mobile phones is taking place in patient monitoring,” says Erno Muuranto, the engineer leading the effort. “The world is going wireless and wearable. We could run hospitals like smart factories. Wireless sensors and data analytics will help correctly diagnose patients in the ambulance. It will allow us to administer correct treatment faster, which could lead to faster discharge. It will also allow us to monitor people remotely from home. All of this will help improve care and costs.”

Like many members of his team of 60 scientists and engineers, Muuranto came to GE after cutting his teeth at Nokia. The researchers, who specialize in everything from miniaturization and wireless protocols to user experience design, are developing the first generation of wireless sensors that can monitor heartbeat, blood pressure and several other parameters.

On a recent visit his lab, Muuranto attached one such device to a colleague and then monitored her heartbeat and blood oxygen level with an iPhone app the team built using Predix, a software platform GE developed specifically for the Industrial Internet. “It’s still early, but remember how quickly we moved from the mobile phones that looked like a brick to devices that slipped in our pockets,” he says. 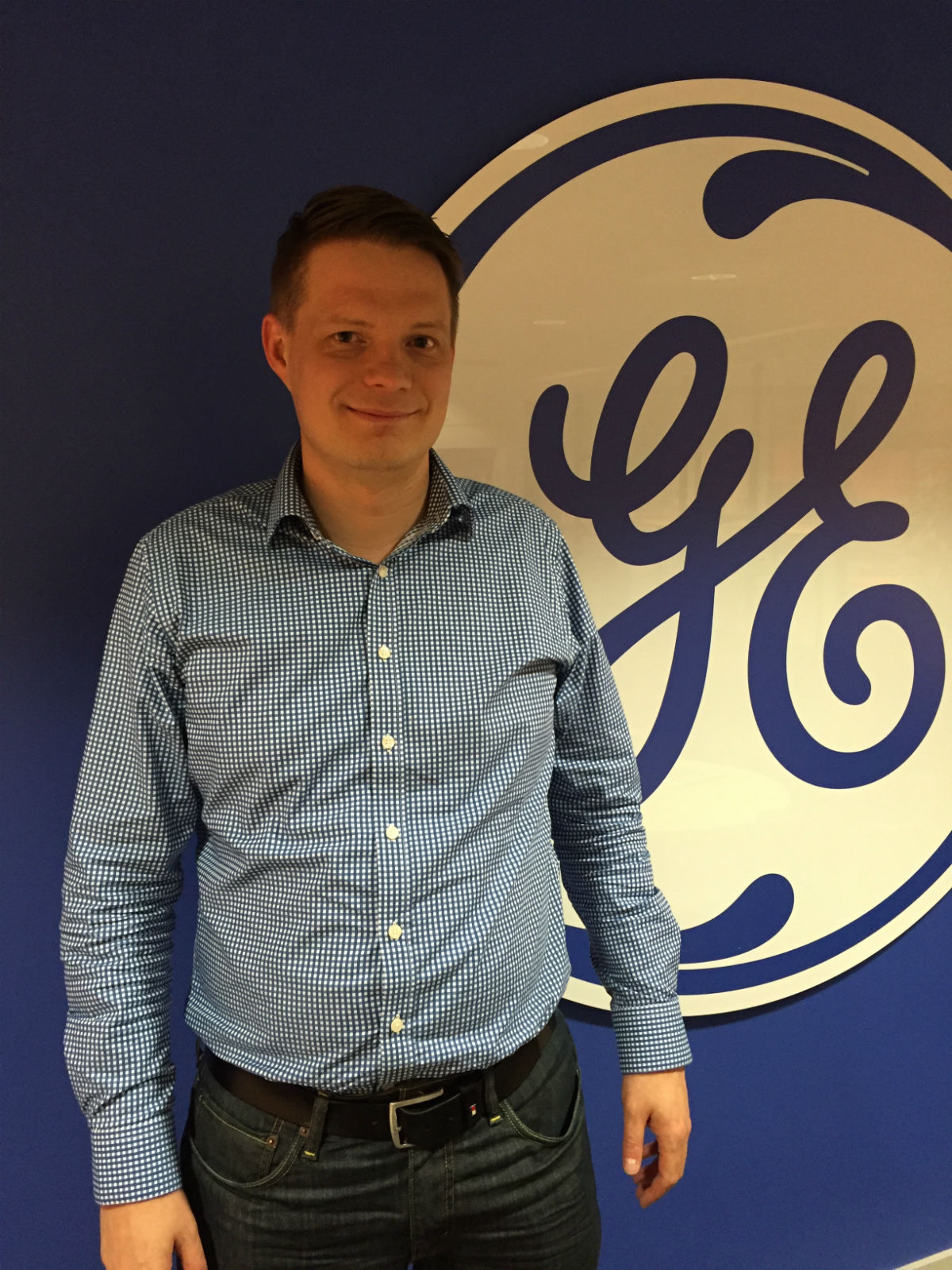 The first opportunity for the tech is to remove the spaghetti strands of wires attached to patients in intensive care units and to use algorithms and analytics to eliminate false alarms. “Some 90 percent of alarms are not actionable,” Muuranto says. “We are looking for ways to use signals from multiple sensors to generate meaningful alarms.”

Within five years, the technology could enable patient monitoring over a wireless network that will allow doctors to learn what’s happening with a patient from any connected device.

The sensors would draw power from a tiny integrated battery and use radio waves to communicate with a receiver either in the patient’s pocket or in his hospital room. Outside the hospital, the information aggregated locally from the sensors could be relayed into a cellular network and automatically provide doctors and hospitals with round-the-clock patient monitoring and an uninterrupted flow of data. 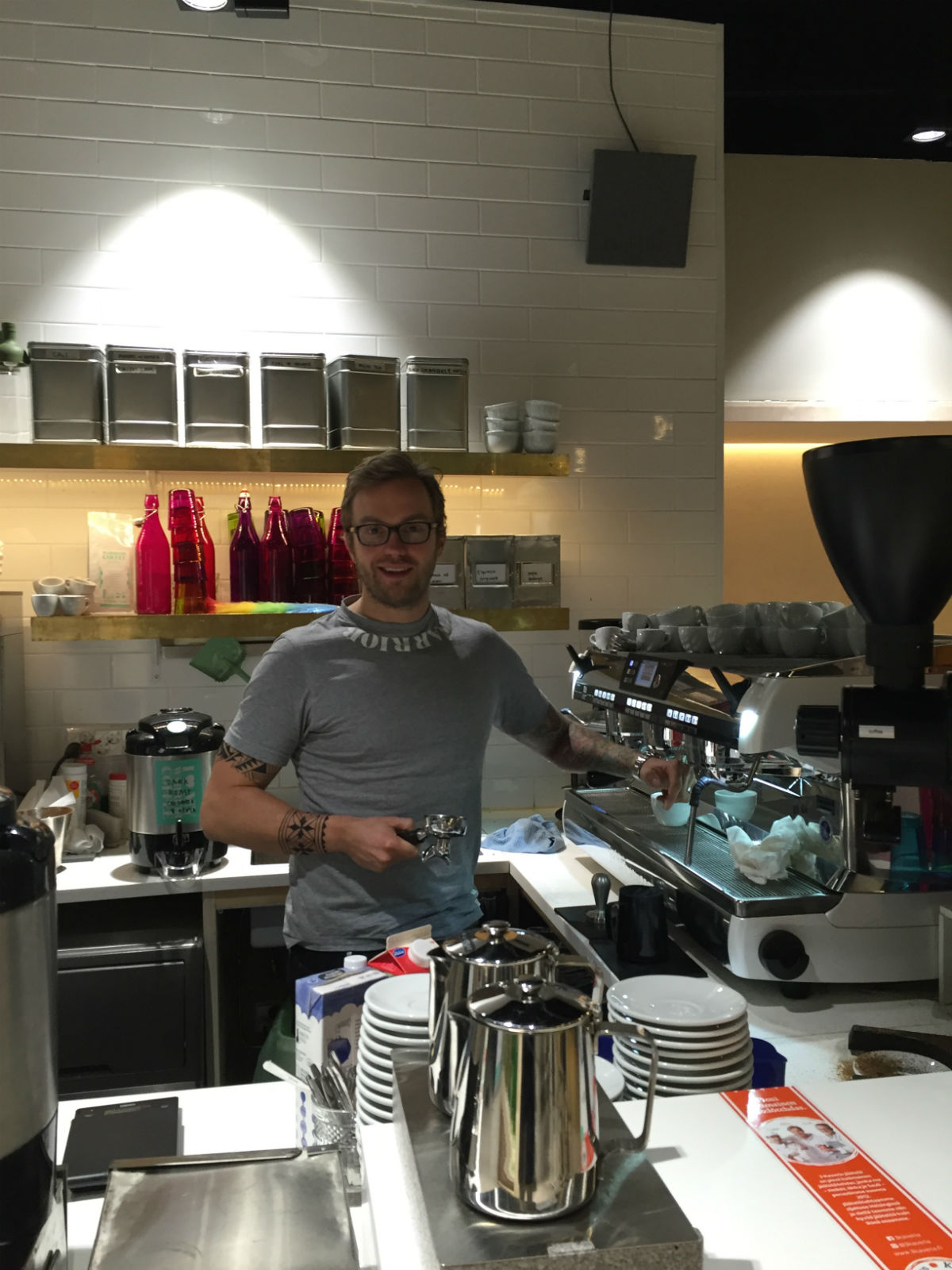 GE Healthcare’s head office in Helsinki has the feel of a startup. It includes Warrior Coffee, an artisanal espresso joint complete with tattooed baristas piping Nirvana and Joy Division into the sitting area. (Credit: GE Reports)

GE and other companies are already building so-called medical body area networks (MBANs) and have applied to the U.S. Federal Communications Commission for access to the radio spectrum, where wireless medical devices could operate.

“This is the digital health we’ve been talking about,” says Mikko Kauppinen, finance director at GE Healthcare Finland and cofounder of the Health Innovation Village. “This is different from gadgets. We already know how to build super-robust monitoring devices you see today in hospitals that meet FDA standards. This is a platform. Mobile phones got smaller and our devices will also shrink. We are building an ecosystem for Industrial Internet for the body.” Says Kauppinen: “It will transform patient monitoring. Before long, you could see these devices everywhere.”