Abbott announced that the U.S. Food and Drug Administration (FDA) has approved the Tecnis Symfony Intraocular Lenses for the treatment of cataracts. The first in a new category of intraocular lenses (IOLs), the Tecnis Symfony lenses are the only lenses in the United States that provide a full range of continuous high-quality vision following cataract surgery, while also mitigating the effects of presbyopia by helping people focus on near objects. The FDA approval includes a version of the lens for people with astigmatism, the Tecnis Symfony Toric IOL.

Cataracts are a common condition, with almost 4 million cataract surgeries performed each year, and that number is expected to increase. By age 80, more than half of all Americans either have a cataract or have had cataract surgery. However, cataracts do not just impact seniors. In 2016, it is estimated that nearly one in four cataract surgeries will be performed on people younger than 65. Many people who have cataracts experience other problems with their vision, such as presbyopia and astigmatism, which the Symfony lenses also address. Presbyopia, which affects most people over age 40, means people have lost the ability to focus on objects up close and often require glasses to perform near visual tasks. Astigmatism is when the cornea is misshapen, which causes blurry or distorted vision.

“The Symfony intraocular lens is a new option I can offer my patients to improve their vision following cataract surgery, especially those who have difficulty focusing on objects at near distances because of presbyopia,” says Eric D. Donnenfeld, M.D., of Ophthalmic Consultants of Long Island, New York. “Many of my patients live very active lifestyles and want to see clearly at all distances, and without glasses if possible. With the Symfony lens, I can give patients the freedom to enjoy the activities that matter to them, while wearing glasses less.”

During cataract surgery, the natural lens of the eye is removed, and an artificial lens, called an intraocular lens, or IOL, is inserted into the eye. The IOL most commonly used in cataract surgery is a monofocal lens, which only allows the person to see at a distance, with closer objects being out of focus. In contrast, the Symfony lens was specifically developed with features to improve both the range and quality of vision. 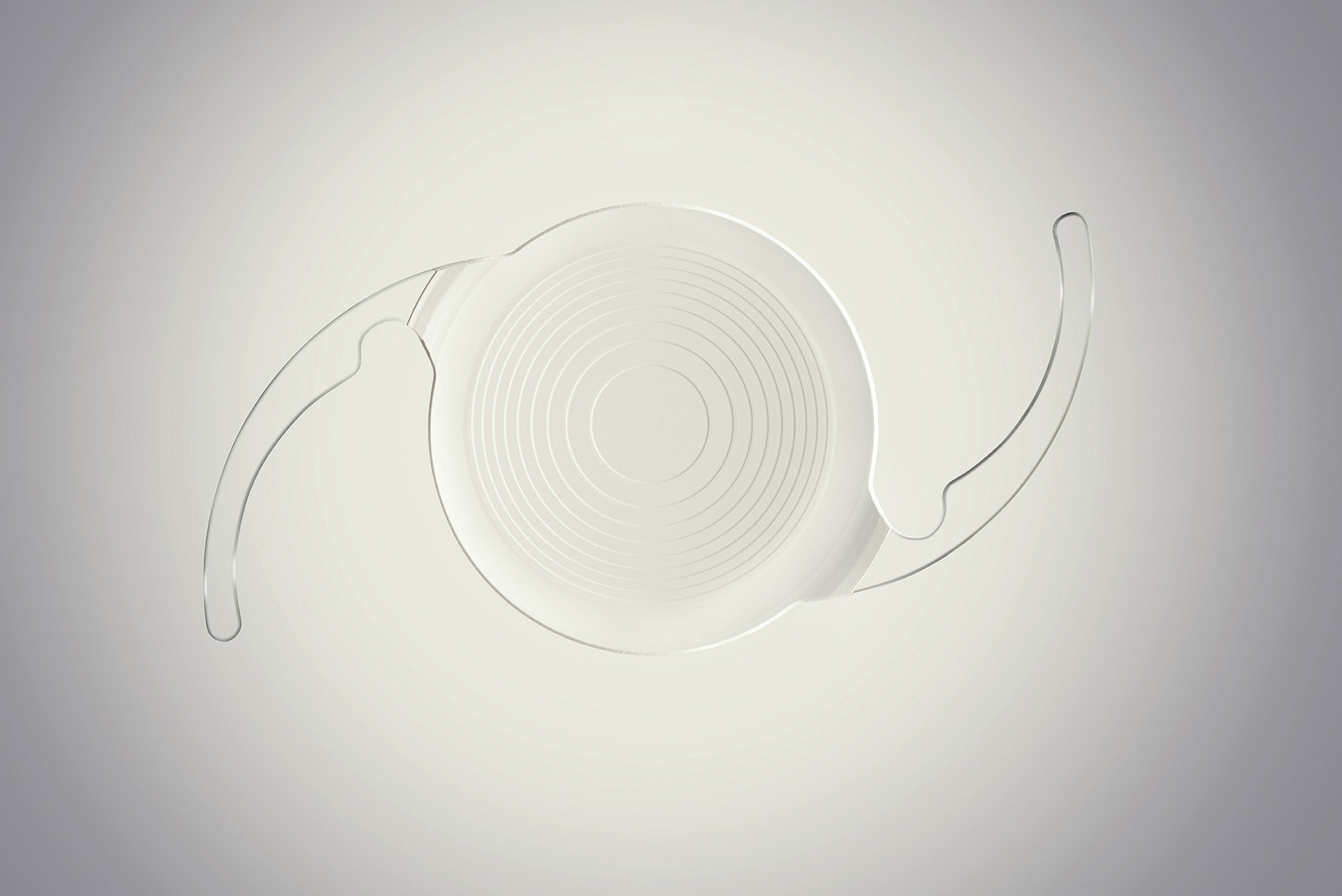 “Abbott is focused on improving people’s vision and their lives by helping them stay healthy and active. Symfony offers patients, including those with astigmatism, an option for crisp, clear vision at all distances,” says Thomas Frinzi, senior vice president of Abbott’s vision business. “This is an important addition to our portfolio of lenses, as we expect many patients to choose a Symfony lens over a standard monofocal lens, given its benefits. We are happy that we can offer more people around the world this new category of lenses.”

The approval was based on results of a U.S. pivotal study that compared the Tecnis Symfony lens to a Tecnis aspheric monofocal lens in 298 patients. Compared with patients in the monofocal group, those who received a Tecnis Symfony IOL achieved greater improvements in intermediate and near vision while maintaining similar distance vision. Patients in the Symfony group were also more likely to achieve reduced overall spectacle wear and high overall visual performance in any lighting condition. Rates of adverse events did not differ between the Symfony and monofocal groups.