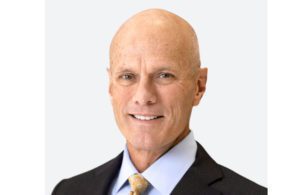 Intuitive Surgical executives today said delays and price increases are working their way through the medtech supply chain, likely resulting in higher production costs in the months ahead and the potential for delayed development and regulatory activity.

“I don’t think I can say it’s getting better. It’s a difficult situation and will continue for some time. … I’m not sure I want to say the ‘inflation’ word, that it has hit us and is here to stay, but we are seeing some suppliers raise costs,” CFO Marshall Mohr said on a conference call to discuss the surgical robotics maker’s performance in the third quarter.

“It’s a problem we highlight just to make sure that you’re aware of the risk,” Mohr said.

“However, global shortages could result in future supply disruptions, as well as delayed development and regulatory activities,” Mohr said. “We also expect supply issues to result in higher production costs.”

Specifically citing the global shortage of semiconductors, Mohr said his team hears that the problems will persist into 2022.

“Relative to the beginning of the pandemic, many hospitals are able to better manage increased COVID patient hospitalization,” Mohr said. “However, staffing shortages and hospital supply chain issues are challenging some hospital capacities and could impact deferrable procedures, including da Vinci procedures going forward.” 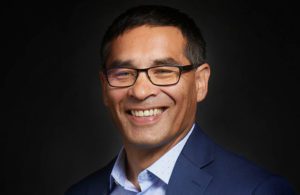 Intuitive tightened its full-year 2021 guidance for procedure growth from 27–30% to 27–29%, but Jamie Samath — the SVP of finance who will become CFO on Jan. 1 — said it is not yet clear whether hospital staffing will be a significant headwind.

“We’ve had anecdotal inputs from some customers that they’re facing staffing shortages. Other customers have said to us that they’re able to overcome those risks,” Samath said. “[Given] the mixed dynamics and the lack of clear evidence in terms of its impact on procedures, what we’ve said is the remainder of the year guidance does not reflect any significant disruption from O.R. staffing shortages, meaning that there’s no deterioration in that phenomenon for hospitals.”

Guthart also addressed Medtronic’s (NYSE:MDT) launch of its Hugo surgical robotics system in Europe in response to an analyst’s question, though Johnson & Johnson’s (NYSE:JNJ) newly disclosed delay for its Ottava robot did not come up.

“With several of the other systems that are on the market, and as you say, the most recent one, we see early engagement. Those first engagements tend to be a placement of clinical trial sites and training centers and so on, so they’re not surprising. They’re kind of their early access programs to get into the market,” Guthart said. “So far, there are a fair number of claims about what these new systems will do. And I think the reality is: Time will tell. They’re gen one systems. Evidence has to be generated to back up those claims. And so far, we don’t see anything yet that looks like evidence, just the set of claims. So we’ll keep serving our customer … and we’ll see how other companies do.”