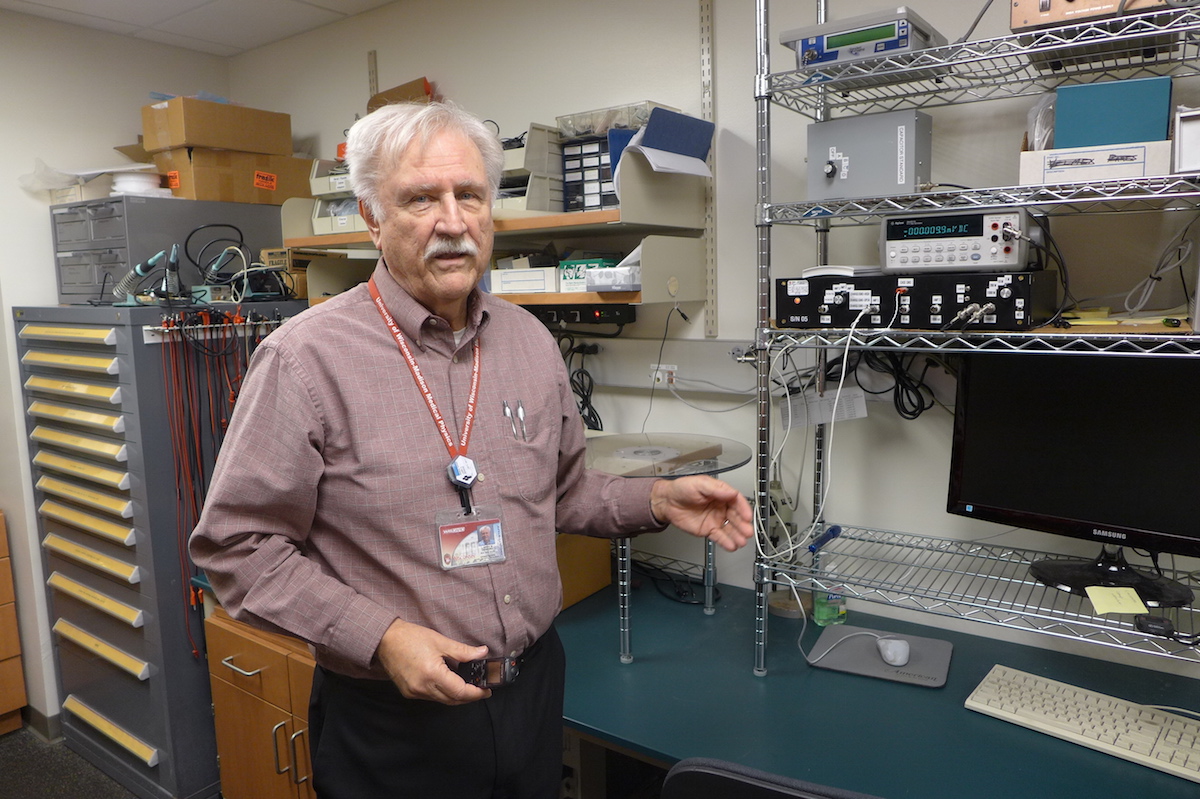 Larry DeWerd, a professor of medical physics at UW–Madison, directs the University of Wisconsin Radiation Calibration Laboratory, which tests and calibrates radiation-measurement devices from around the nation and beyond. (All images credit: David Tenenbaum)

As radiation sources used to map disease and attack cancer grow in number and complexity, a University of Wisconsin—Madison center continues to offer the last word on accurate radiation doses.

From its headquarters in the basement of the Wisconsin Institutes for Medical Research, the University of Wisconsin Radiation Calibration Laboratory fine-tunes instruments used by clinics to measure radiation doses from X-ray machines, CAT scanners and medical linear accelerators used to treat cancer.

“We are one of three institutions in the United States that base our accuracy on devices verified by NIST (the National Institute of Standards and Technology),” says director Larry DeWerd, a UW–Madison professor of medical physics. “And we provide calibration to approximately 60 percent of the U.S. medical physics market.”

By measuring an unknown instrument against a known one, the process of calibration creates a correction factor that clinics can use to ensure safety and accuracy of the dose, says DeWerd. 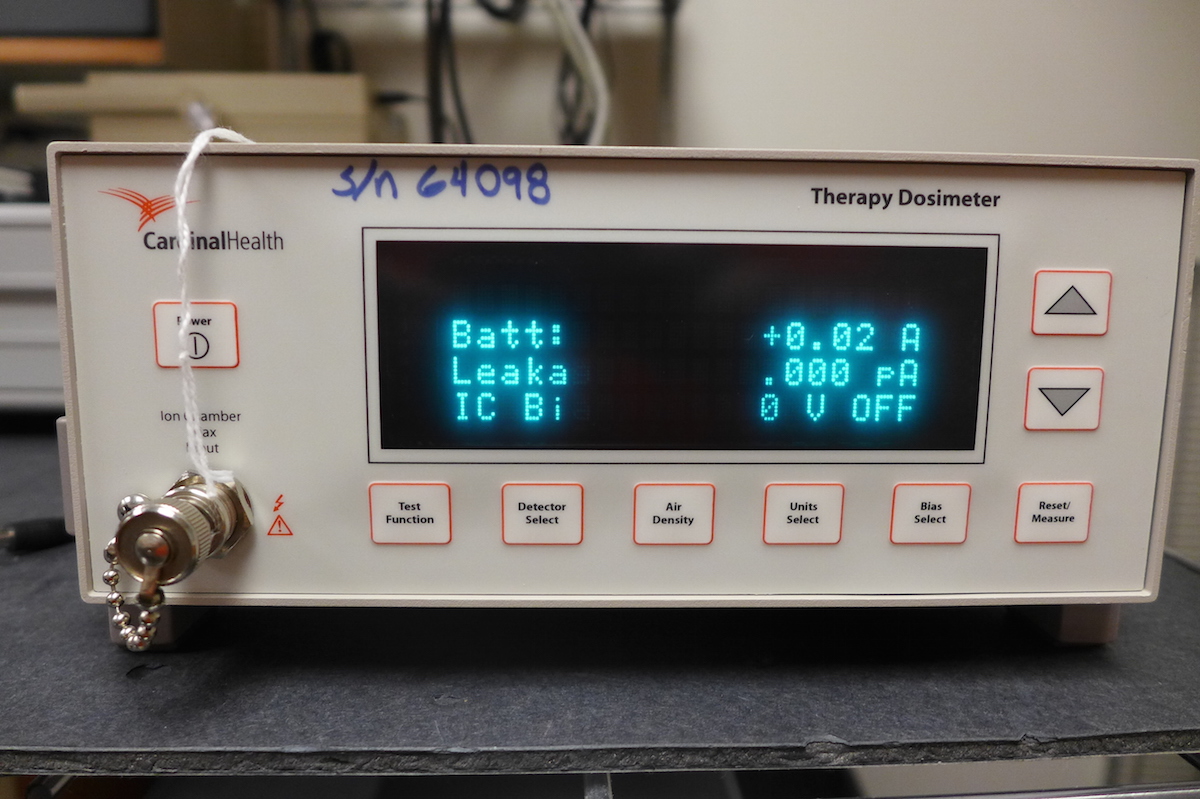 An instrument called an electrometer, owned by a client and used to measure radiation doses, is under calibration at the lab.

DeWerd, who received his doctorate from UW–Madison and has worked at the lab since its inauguration in 1981, credits John Cameron, founder of the world’s largest department of medical physics at UW–Madison, with help in the startup. “I was talking with him about a calibration lab, and he thought it was a great idea.”

The lab has a full set of equipment, such as radiation sources and calibration devices, 10 employees and 15 graduate students. “Our students get a hands-on opportunity to do research and work in the lab,” says DeWerd. “We provide education to users as well as calibrate their devices.  We do charge fees for our calibration services, and most of the graduate student research is supported by fee income.”

As radiation sources evolve, “we need to ask questions so these new devices can be used safely and effectively,” DeWerd says. “The organizations and clinics that buy calibrations from us are funding necessary research while they get a service that’s only available from two other sources in the nation.”

The high-energy photons created by X-ray machines, CAT scanners, medical linear accelerators and radioactive decay are called ionizing radiation because they can strip away electrons to ionize atoms. Medical radiation is measured by sophisticated ionization chambers that create an electrical current when exposed to the ionizing radiation. This electrical current is read out by an electric meter that can provide the radiation dose. 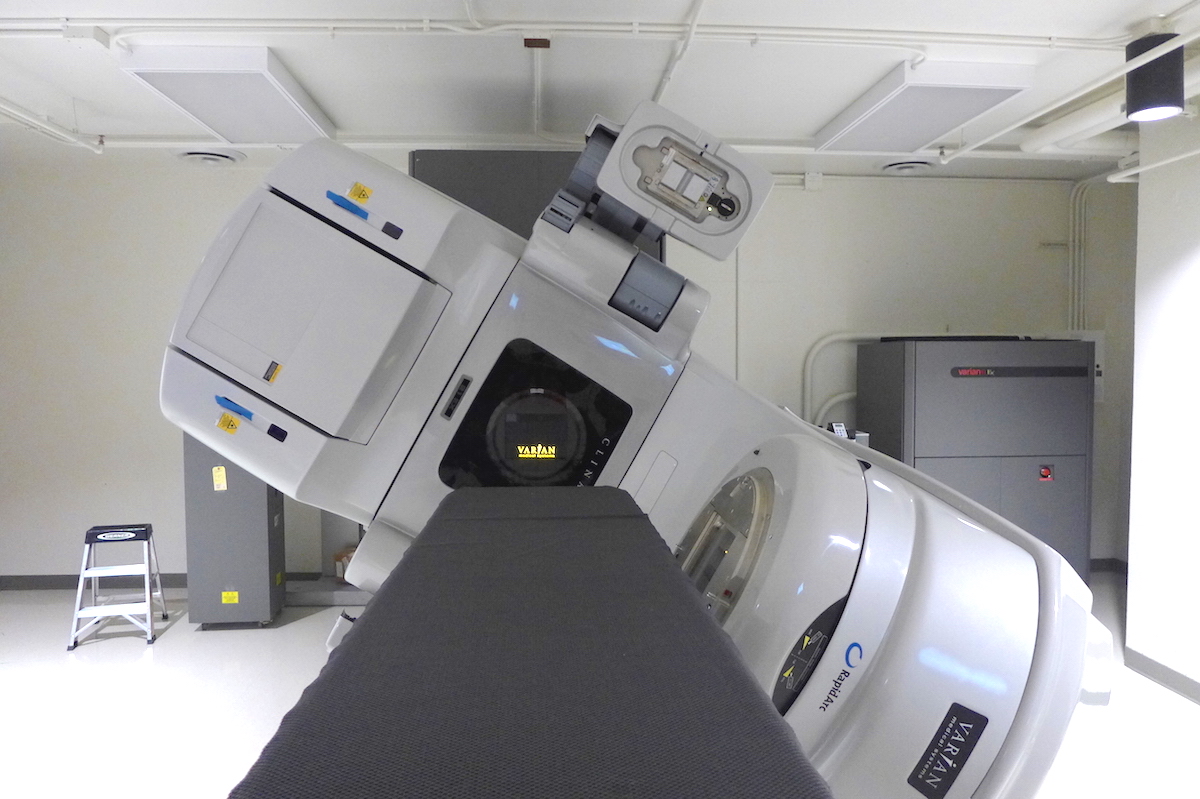 A medical linear accelerator is used for graduate student experiments and education related to verifying radiation doses for cancer treatment.

To begin a calibration study, the lab measures a beam of radiation using a chamber that has been calibrated at NIST and is accurate to within 0.5 percent. Then clinical medical physicists place chambers owned by clinics, hospitals or cancer centers in the beam.

After being returned to its owner, a calibrated chamber may be used for two years before recalibration is needed.

Half a century or so ago, the dosage from X-ray machines and accelerators could vary significantly, DeWerd says. Although calibration has changed all that, innovations in medical systems continue to overturn the field. One significant advance comes from steerable radiation treatment machines like the TomoTherapy machine. This device, invented at UW–Madison and still manufactured in Madison, “shapes” a beam and “shoots” it at multiple angles. Both measures are intended to reduce damage to healthy tissue while tumors are irradiated.

External radiation beams are not the only sources needing calibration. Lab researchers have also been calibrating an innovative sheet radiation source designed to treat multiple cancer sites. Continual advances in “brachytherapy” — the placement of small, contained sources of radioactive isotopes inside the body to treat cancer — also raise research questions.

Beyond servicing radiation oncology and radiology clinics around the nation and far beyond, the lab calibrates for some of the UW–Madison spinoffs that sell calibration devices to industry. These businesses, like the lab itself, trace their roots back to John Cameron.

“Our emphasis is standards; making measurements and tracing them back to the primary numbers from NIST,” DeWerd says. “We also work closely with NIST. Sometimes we do original research and pass it on to them. Or they do the research, and we put their results to work for us.”