Scientists say they’ve found a new way to help determine whether specific genetic abnormalities are likely to make people sick, a step toward avoiding a vexing uncertainty that can surround DNA test results.

Researchers used genetic engineering to create thousands of tiny variations in a gene linked to breast cancer, and tested each one in a lab to predict whether it would promote the disease if it appeared in a person.

When those predictions were checked against what scientists already knew about the BRCA1 gene, “we were very accurate,” said Lea Starita of the Brotman Baty Institute for Precision Medicine in Seattle.

The technique, which she and her colleagues hope to extend to other genes, is aimed at easing a frustrating problem in genetic testing. Sometimes those tests reveal an abnormality in a gene linked to the disease, but nobody knows whether that particular quirk is hazardous. It’s called a “variant of uncertain significance,” or VUS.

Such a result can cause anxiety and worse: Experts talk about women who’ve had breasts removed after learning they had a VUS in a gene linked to breast cancer, only to find out years later that further research showed their variants were harmless.

The new work aimed to identify tiny variants in the BRCA1 gene’s DNA code that keep it from working. Mutations that disable this gene greatly raise the risk of breast and ovarian cancer.

Results were published Wednesday by the journal Nature. 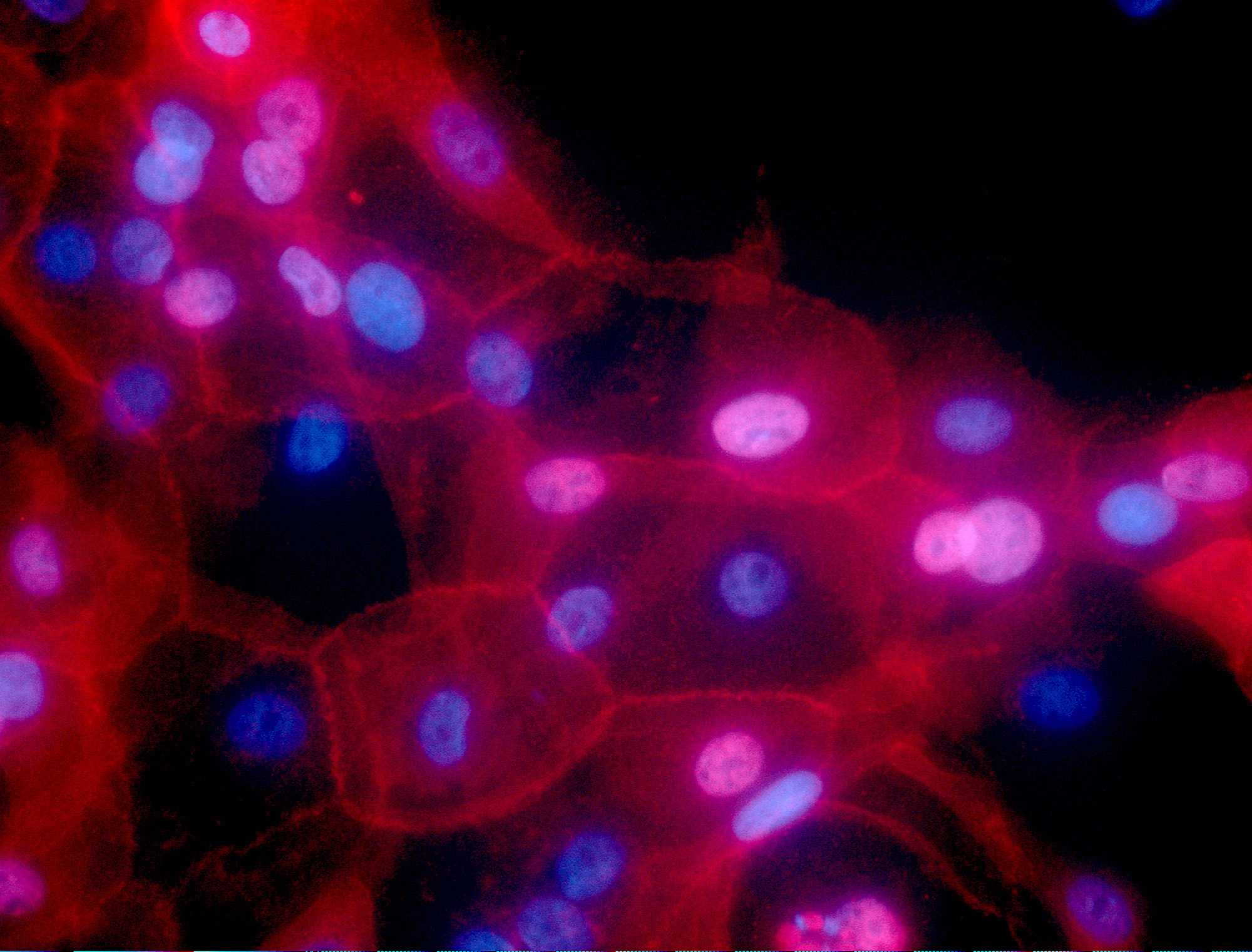 This undated fluorescence-colored microscope image made available by the National Institutes of Health in September 2016 shows a culture of human breast cancer cells. On Wednesday, Sept. 12, 2018, scientists reported they’ve found a new way to determine whether specific genetic abnormalities are likely to make people sick, a step toward avoiding a vexing uncertainty that can surround DNA test results. (Ewa Krawczyk/National Cancer Institute via AP)

Researchers created nearly 4,000 tiny variations in key sections of the gene. Then they tested whether each variant crippled the gene within cells that die when BRCA1 isn’t working. That let them predict which variations would promote cancer if found in a person.

To check the accuracy of their predictions, they consulted a database that lists the effects of BRCA1 variants. Results showed 169 of the variants they generated had been declared dangerous in the database, and the test had predicted that in 162 of them. Similarly, the test correctly categorized 20 of 22 variants deemed harmless in the database.

Researchers plan to expand the test to other genes that can predispose people to cancer. It might also be expanded to genes linked to other diseases.

Going beyond cancer genes would raise the difficult challenge of finding appropriate lab tests, said Jay Shendure of the Baty institute. His salary is paid by the Howard Hughes Medical Institute, which also supports The Associated Press Health & Science Department.

The approach allows testing variations before they’re even seen in people, so their significance can be immediately known once they show up for the first time in a genetic test, he said.

Results look promising for resolving VUS in BRCA1 when used along with other information, said Heidi Rehm of Boston’s Massachusetts General Hospital and the Broad Institute in Cambridge, Massachusetts. She didn’t participate in the study.

BRCA1 has a low rate of VUS test results, but Rehm said she believed the general approach could be also applied to some other genes.

More research will be needed to confirm the new approach as useful for BRCA1 and other genes.

“I really, really hope” that its promise will be confirmed, said Julie Eggington, CEO of the Center for Genomic Interpretation in Sandy, Utah.