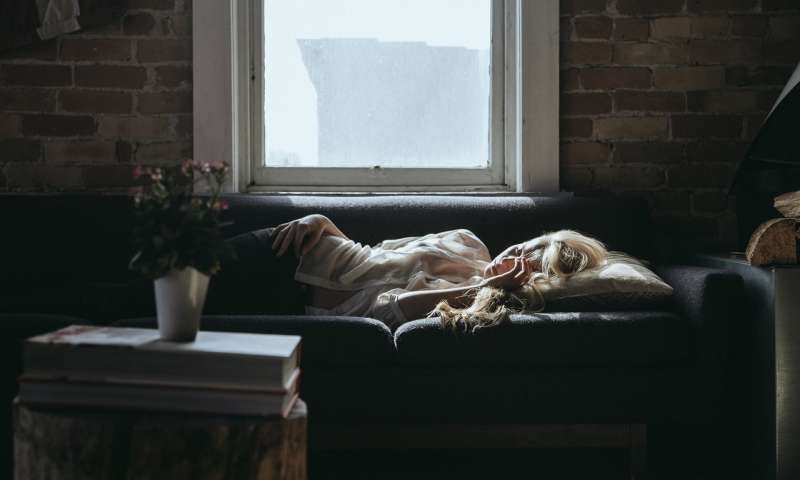 Have you resolved to take better care of yourself in the new year? Here’s a relatively painless way to do it: Catch a few more zzz’s every night. A third of American adults don’t get enough sleep, according to the Centers for Disease Control and Prevention.

Chronic poor sleep has been linked to cognitive decline, and a new study from Washington University School of Medicine in St. Louis explains why: As a wakeful brain churns away through the night, it produces more of the Alzheimer’s protein amyloid beta than its waste-disposal system can handle. Levels of the protein rise, potentially setting off a sequence of changes to the brain that can end with dementia.

“This study is the clearest demonstration in humans that sleep disruption leads to an increased risk of Alzheimer’s disease through an amyloid beta mechanism,” said senior author Randall Bateman, MD, the Charles F. and Joanne Knight Distinguished Professor of Neurology. “The study showed that it was due to overproduction of amyloid beta during sleep deprivation.”

The findings are available online in Annals of Neurology.

More than 5 million Americans are living with Alzheimer’s, a disease characterized by gradual memory loss and cognitive decline. David Holtzman, MD, the Andrew B. and Gretchen P. Jones Professor of neurology, and Yo-El Ju, MD, an assistant professor of neurology, have shown that sleeping poorlyincreases levels of brain proteins such as amyloid beta that are linked to Alzheimer’s disease. But it wasn’t clear why amyloid beta levels rise in a tired brain.

Bateman, first author Brendan Lucey, MD, an assistant professor of neurology, and colleagues studied eight people ages 30 to 60 with no sleep or cognitive problems. The participants were assigned randomly to one of three scenarios: having a normal night’s sleep without any sleep aids; staying up all night; or sleeping after treatment with sodium oxybate, a prescription medication for sleep disorders. Sodium oxybate increases slow-wave sleep—the deep, dreamless phase of sleep that people need to wake up feeling refreshed.

Each scenario occurred during 36 hours of monitoring, starting in the morning and continuing through the afternoon of the following day. The researchers took samples of the fluid that surrounds the brain and spinal cord every two hours to monitor how amyloid beta levels change with time of day and tiredness.

Amyloid beta levels in sleep-deprived people were 25 to 30 percent higher than in those who had slept the night through. After a sleepless night, amyloid beta levels were on par with the levels seen in people genetically predisposed to develop Alzheimer’s at a young age.

“I don’t want anyone to think that they are going to get Alzheimer’s disease because they pulled an all-nighter in college,” Lucey said. “One night probably has no effect on your overall risk of Alzheimer’s. We are really much more concerned about people with chronic sleep problems.”

An estimated 50 million to 70 million American adults struggle to get a good night’s sleep. Some have medical conditions such as sleep apnea or restless leg syndrome that interfere with their rest. But others are simply trying to pack too much into a day.

When amyloid beta levels in the brain are persistently high, the protein is more likely to start collecting into plaques. Such plaques damage nearby neurons and can trigger a cascade of destructive brain changes. The brains of people with Alzheimer’s disease are dotted with such plaques.

Amyloid beta is a byproduct of normal brain activity. The researchers found that when people stay awake, their brains continue to produce amyloid beta through the night. A sleeping brain produces much less. Asleep or awake, however, the brain clears the protein away at the same rate, so the increased production during sleep deprivation leads to higher levels of the damaging protein.

“Understanding how lack of sleep relates to the concentrations of amyloid beta in the brain will help direct future research into therapeutics,” Lucey said. “This information could help us figure out how to reduce amyloid beta deposition over time in people whose sleep is chronically disrupted.”

In the study, people who took sleep medication had levels of amyloid beta no lower than people who had slept normally.

“We were looking at healthy, well-rested adults,” Lucey said. “This suggests that if you already are getting enough sleep, getting more sleep with the help of medication may not provide any benefit.”

Further studies are needed to determine whether improving sleep in people with sleep problems can reduce amyloid beta levels and risk of Alzheimer’s disease, the researchers said.