Sunday’s mass shooting in Las Vegas unleashed a wave of trauma patients into area hospitals, pushing staff to their limits.

“We did receive 104 patients after the shooting,” Danita Cohen, the chief experience officer of University Medical Center of Southern Nevada, told MSNBC. “Even for our Level I trauma center, that’s quite a few patients.”

The gunman was positioned on an upper floor of the Mandalay Bay Hotel and Casino and opened fire on the crowd attending a country music festival hundreds of feet below. The shooter used multiple high-powered weapons, firing into the mass of concertgoers for more than ten minutes before police smashed through his hotel room door.

According to authorities, the gunman took his own life when they arrived.

Patients started streaming through the doors of University Medical Center of Southern Nevada shortly after the attack began. Located approximately three miles away from Mandalay Bay, the hospital saw some of the first victims.

“We were getting calls that there was a mass casualty right after those first few shots were fired,” explained Cohen. 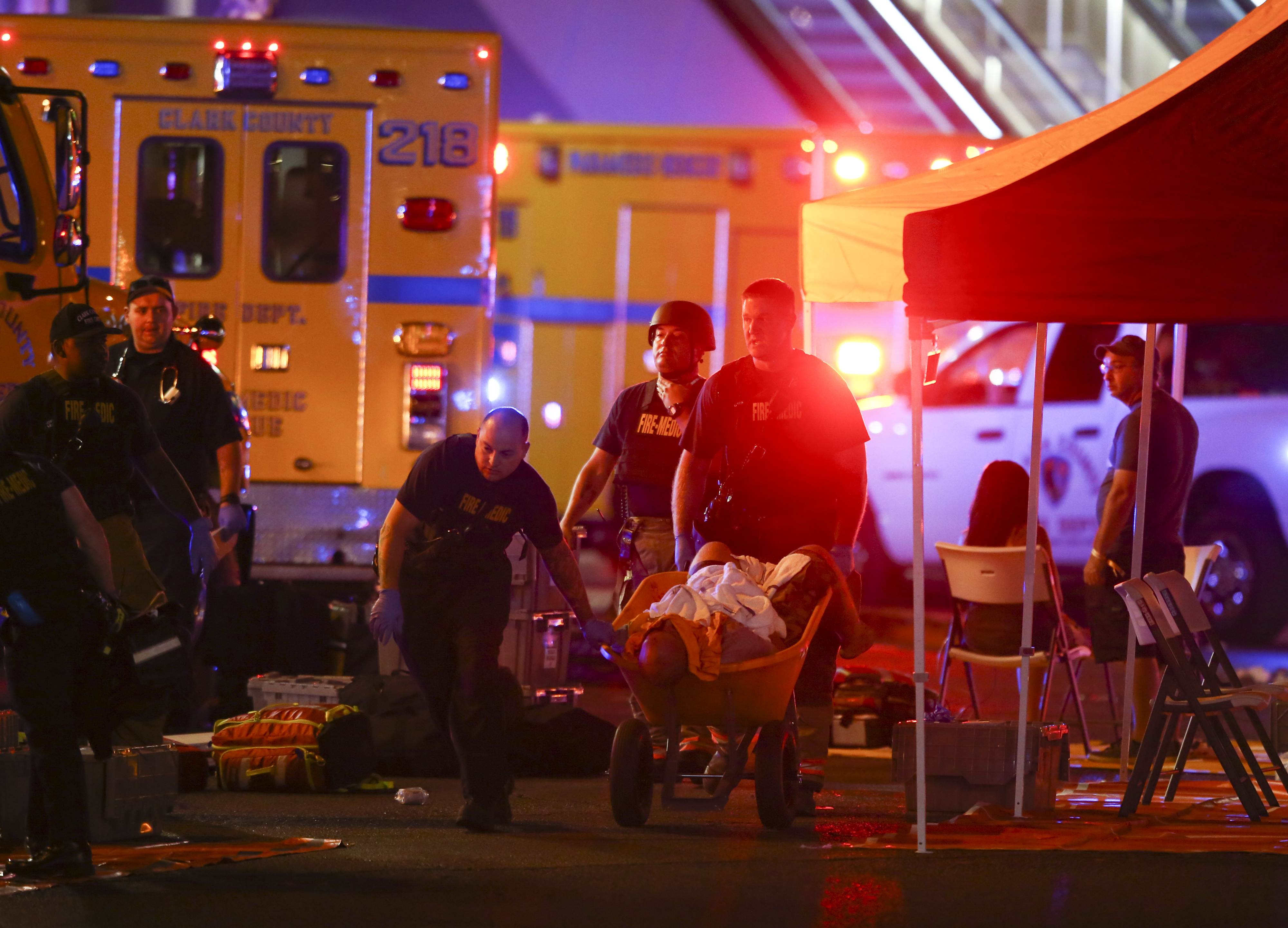 A wounded person is walked in on a wheelbarrow as Las Vegas police respond during an active shooter situation on the Las Vegas Stirp in Las Vegas Sunday, Oct. 1, 2017. Multiple victims were being transported to hospitals after a shooting late Sunday at a music festival on the Las Vegas Strip. (Chase Stevens/Las Vegas Review-Journal via AP)

As a Level I trauma center, University Medical Center of Southern Nevada has an in-house trauma team on hand at all times, but they quickly needed reinforcements.

“We operate on accordion staffing, so as we needed to call in more trauma surgeons, more ICU nurses, more critical care staff, they were coming in around the clock … to help out as needed,” Cohen said.

Most of the patients sent to University Medical Center of Southern Nevada had sustained gunshot wounds, but there were also some whose injuries were caused by the stampeding crowd after the danger became clear to the concertgoers.

Cohen noted that many of the patients who went through surgery were subsequently sent to the hospital’s ICU, where they received one-on-one care from nursing staff.

Other healthcare facilities in the area were similarly beset.

The mass shooting resulted in over 50 people dead and at least 500 wounded, making it the deadliest such attack on U.S. soil in history.