Advances in microscopy techniques have often triggered important discoveries in the field of neuroscience, enabling vital insights in understanding the brain and promising new treatments for neurodegenerative diseases such as Alzheimer’s and Parkinson’s. A special section on “Super-resolution Microscopy of Neural Structure and Function” in the current issue of the journal Neurophotonics, published by SPIE, the international society for optics and photonics, details this work in reports on ground-breaking new research and reviews.

Starting with the Golgi technique at the end of the 19th century, to electron microscopy in the 1950s, to fluorescent confocal and two-photon microscopy at the close of the 20th century, microscopy techniques have driven important breakthroughs in neuroscience, note guest editors Valentin Nägerl and Jean-Baptiste Sibarita of the Université de Bordeaux and the CNRS in their editorial for the special section. 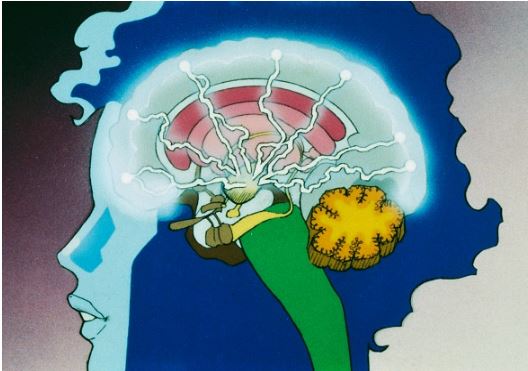 “By providing higher spatial and temporal resolutions, as well as more contrast and specificity, these ground-breaking techniques have greatly informed our view of how the brain works,” the editors write.

Super-resolution fluorescence microscopy “is the latest spoke in the revolutionary wheel,” the guest editors note. “Recognized with the Nobel Prize in chemistry in 2014 for overcoming the diffraction barrier of light microscopy, it unlocks a new potential to upend biological research at the molecular level. Ten years after their development in a handful of laboratories, super-resolution microscopy techniques have caught on like wildfire and are now routinely used in a large number of biology labs.”

While super-resolution microscopy is a relative recent addition to the arsenal of tools available for neuroscientific research, said Neurophotonics editor-in-chief David Boas of Massachusetts General Hospital, Harvard Medical School, “the breadth of impactful applications is growing rapidly. This special section provides a snapshot of this growth with a collection of exciting papers illustrating the breadth of applications.”

Articles in the section, many of them accessible via open access, help validate and assess new techniques by comparing them with more established approaches. Among them:

An early hallmark of neurodegenerative diseases such as Alzheimer’s and Parkinson’s is the misfolding and self-aggregation of proteins into amyloid structures that are believed to wreak havoc on neurons and synapses. In “Probing amyloid protein aggregation with optical super-resolution methods: from the test tube to models of disease”, Clemens Kaminski and Gabriele Kaminski Schierle of the University of Cambridge explain the potential of new optical super-resolution techniques to provide insight on the molecular mechanism of the pathogenic self-assembly process in vitro and inside cells.

Launched in 2014, Neurophotonics is published digitally in the SPIE Digital Library and in print. The journal covers advances in optical technology applicable to the study of the brain and their impact on basic and clinical neuroscience applications.