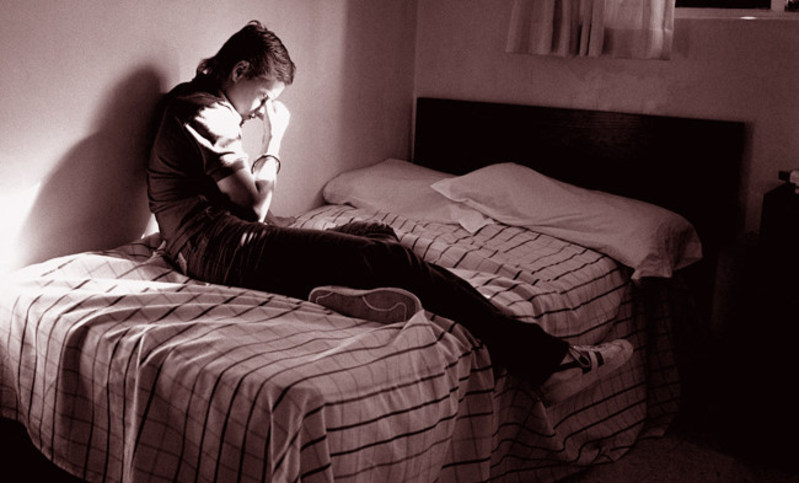 Thousands of U.S. state legislators have been put on notice about potential patient abuse and fraud in the for-profit behavioral system that is costing taxpayers an estimated $50 billion a year. Of this, the inpatient behavioral market, which largely provides psychotropic drugs and electroshock treatment as its mainstay treatments, costs around $20 billion.”[1] A series of recent media reports exposing systemic abuse in the mental health sector has spurred the mental health industry watchdog Citizens Commission on Human Rights (CCHR)to write letters warning legislators in each state that have for-profit psychiatric hospitals chains. CCHR called for increased monitoring of the facilities and financial audits of them to ensure patient safety.

As a watchdog group, CCHR calls for staff, former staff and families of patients to report abuse or potential fraudulent billing to it so that the information can be turned over to the proper authorities. Recently U.S. Senator Charles Grassley, Chairman of the Judiciary Committee, called for a federal probe into one of the country’s largest chains of psychiatric hospitals. Grassley wrote the inspector general of the Department of Health and Human Services about the for-profit behavioral facilities, stating that “the most recent allegations cause significant concern.”[2]

CCHR has also expanded its watchdog role to the for-profit sector in the United Kingdom, where it has filed complaints with the country’s Care Quality Control (CQC) and National Health System (NHS) about U.S.-owned behavioral hospitals chains in the U.K. A BuzzFeed News expose on Dec. 15, 2017, also detailed how a chain of U.S. company-owned private psychiatric hospitals in the U.K. has been accused of “failing vulnerable young patients.” This included one hospital “not taking sufficient precautions to ensure patients’ safety.”[3] The allegations are similar to what CCHR raised with U.K. authorities during the past two years as potential risks based on what has occurred in the U.S. David Behan, Chief Executive of CQC, wrote CCHR saying they took CCHR’s allegations very “seriously” and “We were very concerned to read about the issues that have been identified … in America and we note your concerns about these in relation to the services provided” in the U.K.[4]

BuzzFeed News reported that in the U.K.,it spoke to the relatives of four young people who are or have been detained under the Mental Health Act at behavioral hospitals which received more than £100 million (US $134 million) from the country’s National Health Service (NHS) in the 12 months to June 2017.[5] In the U.S., the same company made $7.5 billion in revenues from psychiatric inpatient care, with a profit margin of around 30 percent, or $2.25 billion in 2015.[6] Company executives once told investors that by reducing staffing costs and keeping occupancy rates high in its behavioral health division, this helped generate robust profits.

Allegations have also been made that the for-profit behavioral sector can use involuntary commitment laws, such as the Baker Act in Florida to detain patients longer in order to milk their insurance.[7] The other lucrative field is substance abuse treatment that has escalated with the opioid abuse problem in the U.S. Addiction psychiatry usually treats substance abusers with prescription drugs. For opioid addiction, buprenorphine or a combination of buprenorphine and naloxone is often prescribed. Abuse of this prescription drug has now become an epidemic, as reported by The New York Times.

The for-profit mental health sector provides clinics to dispense buprenorphine in much the same way methadone clinics were established, CCHR says, but it is more lucrative as there are fewer costs. Many doctors charge $200 to $300monthly, per patient, for a five-to-ten minute checkup to renew the prescription. There is a financial windfall in this market as buprenorphine and its maintenance “creates a disincentive to tapering the drug and its income-generating potential,” according to psychiatrist Steven Scanlan. Detoxifying from buprenorphine dependence can cost $5,000because it takes four to five months, incorporating about 10 different drugs to detox the patient successfully, Scanlan stated.[8]

Recently, The Dallas Morning News reported concerns about a for-profit psychiatric facility that has been under threat of being shut down over severe safety problems that investigators said put patients in jeopardy.[9] It was alleged it had failed to ensure doorknobs could not pose a potential “ligature risk,” meaning they could not be used by patients to hang themselves. As an alleged result, a 37-year-old then hanged herself from a closet doorknob with a torn bed sheet.[10] The father of a 13-year-old girl who was allegedly raped at the facility recently told The Dallas Morning News, “This can’t happen to anyone else. The place needs to be shut down.”

Earlier this year two former U.S. Congressmen — Rep. Ronnie Shows (MS) and Rep. Bart Stupak (MI) — wrote about the need to eliminate wasteful spending, particularly noting the for-profit behavioral hospital chains. Rep. Shows pointed out that “when it comes to healthcare fraud, mental health and drug treatment programs are some of the worst actors.”[11] Rep. Stupak encouraged the Centers for Medicare and Medicaid Services to review the Medicare and Medicaid charges made by such facilities.[12]

CCHR says the underlying problem is the lack of results from psychiatric treatment which generally is poor. It has no medical tests to verify any of its diagnoses, it admits it has no cures and, as such, patients are often heavily drugged once admitted to a psychiatric facility and can deteriorate from there. In the rush for profits, real medical care is neglected and long-term psychotropic drug maintenance becomes the answer to a mental health system that has failed its users. Summing this up, CCHR says the for-profit sector has been handed a blank check from which to profit at the cost of patient lives. CCHR is providing more information, results of its investigations and other vital information, including psychotropic drug risk, through its website, www.cchrint.org.