A minimally invasive procedure to determine whether patients with drug-resistant epilepsy are candidates for brain surgery is safer, more efficient, and leads to better outcomes than the traditional method, according to new research by The University of Texas Health Science Center at Houston (UTHealth).

“We expected the results to show patients who had the minimally invasive procedure to have a more favorable experience. But we also found those patients who had the new evaluation procedure, and then underwent surgery, had significantly more positive outcomes, which was quite surprising,” said lead author Nitin Tandon, MD, professor in the Vivian L. Smith Department of Neurosurgery at McGovern Medical School at UTHealth. “The findings give new hope to epilepsy patients who may previously have ruled out surgery for various reasons.”

The study reviewed 239 patients with medically intractable epilepsy who had a total of 260 procedures between 2004 and 2017 to locate the source of their seizures and determine their suitability for surgery. All procedures were performed by Tandon at Memorial Hermann-Texas Medical Center.

Of those 260 procedures, 139 cases involved traditional subdural electrode (SDE) implantation, which includes a large opening of the skull, known as a craniotomy. A sheet of electrodes is placed on the outside of the brain to pinpoint the seizure source before the skull closed back up for an observation period, which usually lasts around a week. When the electrodes are removed, any surgery to treat the seizures is done at the same time to avoid having a separate craniotomy.

Another 121 cases involved robotic stereoelectroencephalography (SEEG), where electrodes are implanted via fine probes, which results in minimal blood loss and less pain. The probes, thinner than raw spaghetti, are threaded inside the brain through small holes in the skull and patients undergo a similar observation period. Following the electrode removal, patients are typically discharged from hospital and, if they are candidates, will return in a few weeks for surgery.

Of the patients who underwent resection or laser ablation to remove the lesion causing their seizures, more than three-fourths (76 percent) of SEEG cases were either free of disabling seizures or had them rarely at the one-year mark, compared to just over half (55 percent) of SDE cases.

The minimally invasive technique also produced more favorable outcomes among patients with nonlesional epilepsy, for which surgery tends to be less successful. Nearly 7 of 10 of SEEG cases (69.2 percent) had good outcomes at the one-year mark compared to just over a third (34.6 percent) of SDE cases. A greater proportion of SEEG cases were nonlesional epilepsy—56.2 percent, as opposed to 28.8 percent of SDE cases.

“This makes the case for SEEG even stronger. There are two main reasons why it can achieve better results. First, the technique does not constrain where the electrodes can be implanted, enabling us to study brain networks in a much more comprehensive fashion to pinpoint the seizure source,” Tandon said. “Second, it is best to think of the electrode placement as a test. The absence of time pressure, and the fact that no craniotomy has been done, allows us to pick out patients likely to do well, fully consider various options, and implement the most optimal plan.”

“Epilepsy surgery in the U.S. is now at a better place, and we have been at the forefront of this journey, using robotics for minimally invasive techniques that are much better tolerated by patients and more likely to be effective,” Tandon said. “Around a third of epilepsy cases cannot be controlled by medication. These findings will give more of these patients the confidence to consider surgery, and help other institutions transition more quickly to providing this minimally invasive procedure.” 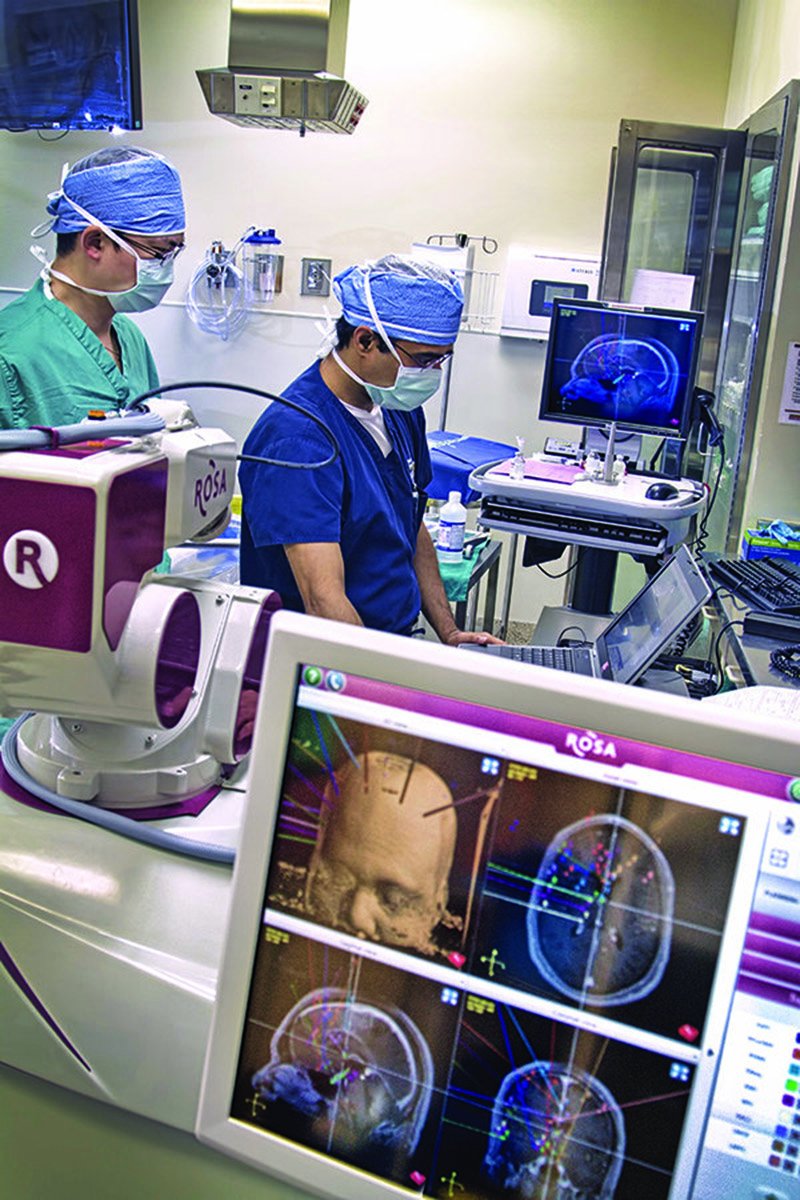