A simple blood test can rapidly and accurately detect mutations in two key genes in non-small cell lung tumors, researchers at Dana-Farber Cancer Institute and other institutions report in a new study – demonstrating the test’s potential as a clinical tool for identifying patients who can benefit from drugs targeting those mutations.

The test, known as a liquid biopsy, proved so reliable in the study that the Dana-Farber/Brigham and Women’s Cancer Center (DF/BWCC) this week became the first medical facility in the country to offer it to all patients with non-small cell lung cancer (NSCLC), either at the time of first diagnosis or of relapse following previous treatment.

NSCLC is the most common form of lung cancer, diagnosed in more than 200,000 people in the United States each year, according to the American Cancer Society. An estimated 30 percent of NSCLC patients have mutations in either of the genes included in the study, and can often be treated with targeted therapies. The study is being published online today by the journal JAMA Oncology. 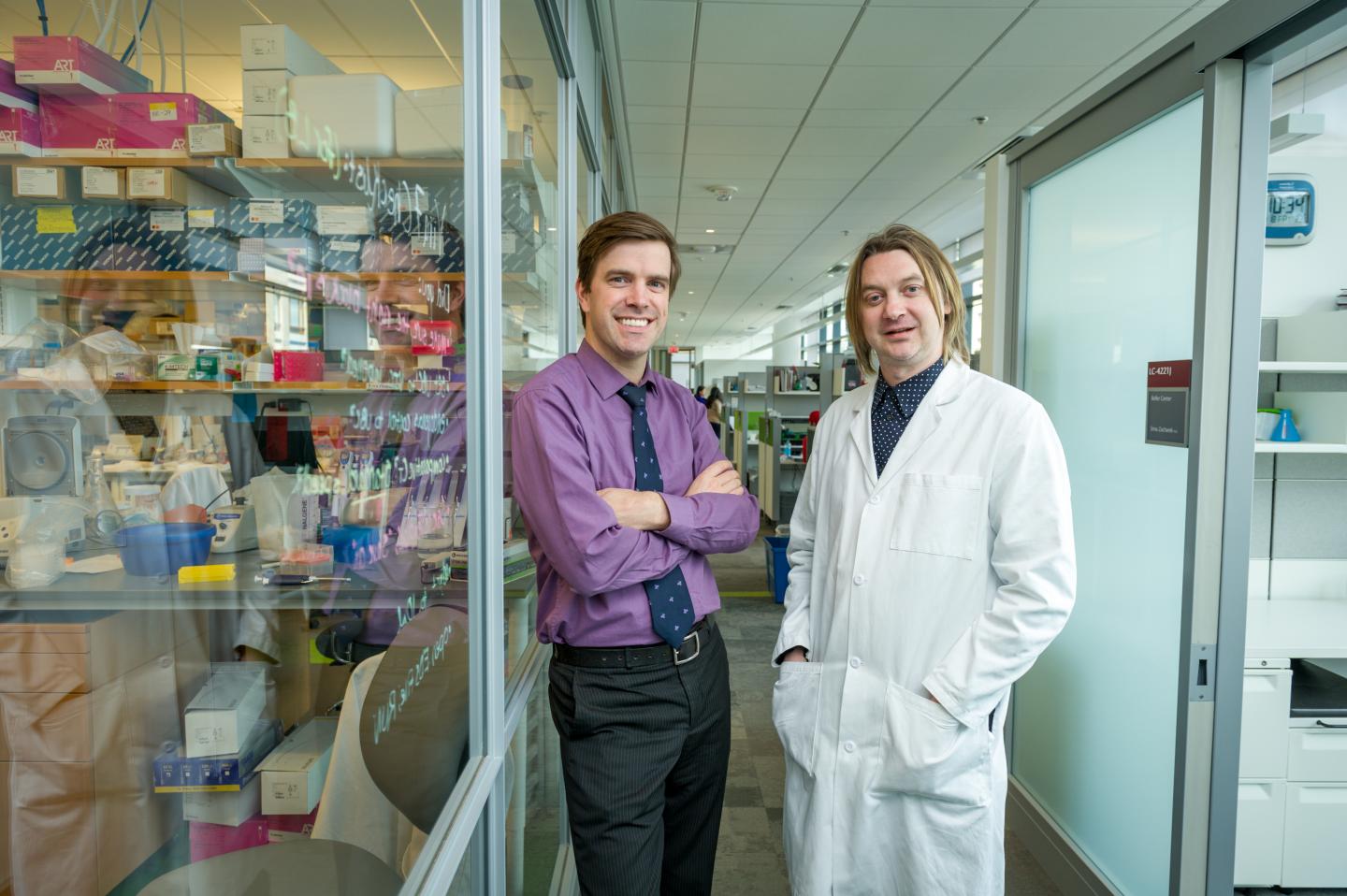 The liquid biopsy tested in the study – technically known as rapid plasma genotyping – involves taking a test tube-full of blood, which contains free-floating DNA from cancer cells, and analyzing that DNA for mutations or other abnormalities. (When tumor cells die, their DNA spills into the bloodstream, where it’s known as cell-free DNA.) The technique, which provides a “snapshot” of key genetic irregularities in a tumor, is a common tool in research for probing the molecular make-up of different kinds of cancers.

“We see plasma genotyping as having enormous potential as a clinical test, or assay – a rapid, noninvasive way of screening a cancer for common genetic fingerprints, while avoiding the challenges of traditional invasive biopsies,” said the senior author of the study, Geoffrey Oxnard, MD, thoracic oncologist and lung cancer researcher at Dana-Farber and Brigham and Women’s Hospital. “Our study was the first to demonstrate prospectively that a liquid biopsy technique can be a practical tool for making treatment decisions in cancer patients. The trial was such a success that we are transitioning the assay into a clinical test for lung cancer patients at DF/BWCC.”

The study involved 180 patients with NSCLC, 120 of whom were newly diagnosed, and 60 of whom had become resistant to a previous treatment, allowing the disease to recur. Participants’ cell-free DNA was tested for mutations in the EGFR and KRAS genes, and for a separate mutation in EGFR that allows tumor cells to become resistant to front-line targeted drugs. The test was performed with a technique known as droplet digital polymerase chain reaction (ddPCR), which counts the individual letters of the genetic code in cell-free DNA to determine if specific mutations are present. Each participant also underwent a conventional tissue biopsy to test for the same mutations. The results of the liquid biopsies were then compared to those of the tissue biopsies.

The data showed that liquid biopsies returned results much more quickly. The median turnaround time for liquid biopsies was three days, compared to 12 days for tissue biopsies in newly diagnosed patients and 27 days in drug-resistant patients.

Liquid biopsy was also found to be highly accurate. In newly diagnosed patients, the “predictive value” of plasma ddPCR was 100 percent for the primary EGFR mutation and the KRAS mutation – meaning that a patient who tested positive for either mutation was certain to have that mutation in his or her tumor. For patients with the EGFR resistance mutation, the predictive value of the ddPCR test was 79 percent, suggesting the blood test was able to find additional cases with the mutation that were missed using standard biopsies.

“In some patients with the EGFR resistance mutation, ddPCR detected mutations missed by standard tissue biopsy,” Oxnard remarked. “A resistant tumor is inherently made up of multiple subsets of cells, some of which carry different patterns of genetic mutations. A single biopsy is only analyzing a single part of the tumor, and may miss a mutation present elsewhere in the body. A liquid biopsy, in contrast, may better reflect the distribution of mutations in the tumor as a whole.”

When ddPCR failed to detect these mutations, the cause was less clear-cut, Oxnard says. It could indicate that the tumor cells don’t carry the mutations or, alternatively, that the tumor isn’t shedding its DNA into the bloodstream. This discrepancy between the test results and the presence of mutations was less common in patients whose cancer had metastasized to multiple sites in the body, researchers found.

The ddPCR-based test, or assay, was piloted and optimized for patients at the Translational Resarch lab of the Belfer Center for Applied Cancer Science at Dana-Farber. It was then validated for clinical use at Dana-Farber’s Lowe Center for Thoracic Oncology.

An advantage of this form of liquid biopsy is that it can help doctors quickly determine whether a patient is responding to therapy. Fifty participants in the study had repeat testing done after starting treatment for their cancer. “Those whose blood tests showed a disappearance of the mutations within two weeks were more likely to stay on the treatment than patients who didn’t see such a reduction,” said the study’s lead author, Adrian Sacher, MD, of Dana-Farber and Brigham and Women’s Hospital.

And because tumors are constantly evolving and acquiring additional mutations, repeated liquid biopsies can provide early detection of a new mutation – such as the EGFR resistance mutation – that can potentially be treated with targeted agents.

“The study data are compelling,” said DF/BWCC pathologist Lynette Sholl, MD, explaining the center’s decision to begin offering ddPCR-based liquid biopsy to all lung cancer patients. “We validated the authors’ findings by cross-comparing results from liquid and tissue biopsies in 34 NSCLC patients. To work as a real-world clinical test, liquid biopsy needs to provide reliable, accurate data and be logistically practical. That’s what we’ve seen with the ddPCR-based blood test.

“The test has great utility both for patients newly diagnosed with NSCLC and for those with a recurrence of the disease,” she continued. “It’s fast, it’s quantitative (it indicates the amount of mutant DNA in a sample), and it can be readily employed at a cancer treatment center.”