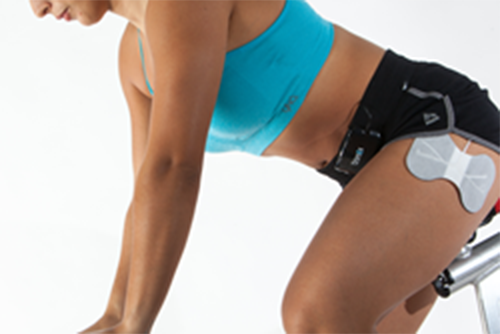 LUMA Life launched a crowdfunding campaign for TrimX, the first wearable technology that allows people to target refractory areas of their body for prioritized fat loss when exercising.

The device is available for $189 on Indiegogo.

TrimX is an over-the-counter transcutaneous electrical stimulator for fat loss that incorporates patented Adipotronics technology. It is a light, non-invasive device that is clipped to the waistband and used in conjunction with hypoallergenic gel pads. The pads are adhered to the skin around the target area, such as the thighs, buttocks, or abdomen.

“Lipolysis is a natural phenomenon that allows for the conversion of fat into energy,” explains LUMA Life President Luc Mainville. “When subject to exercise, the body triggers energy demand and secures its fuel requirement from the most readily available sources. Refractory areas, particularly those around the waistline, are known not to respond well to the natural process of freeing up fatty acids for fuel consumption.”

Adipotronics technology is a scientifically, and clinically proven innovative approach which induces lipolysis on demand and where desired. TrimX delivers a very low electric current of 6mA, which is 15 times lower than Electrical Muscle Stimulation (EMS) and Transcutaneous Electrical Nerve Stimulation (TENS), through the skin to the subcutaneous fat layers via electrodes. This prompts the release of fat from the fat cells into the system to be used as fuel while training or soon after.

“TrimX promotes healthy, active living and works with existing fitness routines,” continues Mainville. “By activating TrimX during and after exercise, fat release from the stimulated regions is used preferentially over other fat reservoirs in the body.”

The device is equipped with Bluetooth technology, so users can pair it with their handheld devices. Through the accompanying app, users can activate the device, create a custom training program, and download statistical data for tracking or sharing.

TrimX has undergone four clinical trials to validate the most effective electrical current, and confirm the efficacy of the technology. The last trial was a 10-week triple blind placebo controlled study conducted in 2012 with two groups of female volunteers. Both groups were subject to the same training, and while both groups demonstrated the same total body fat reduction of 5.2 percent, the stimulated group lost 475 percent more fat from the targeted areas during the final stages of the study.

TrimX has achieved Health Canada certification status as a Class II Medical Device for targeted Fat Loss. The process for FDA clearance for body contouring is underway in the United States.