Lung ultrasound has been shown to be highly effective and safe for diagnosing pneumonia in children and a potential substitute for chest X-ray, according to a study conducted at the Icahn School of Medicine at Mount Sinai. Results are currently published in the medical journal Chest.

Pneumonia is the leading cause of death in children worldwide, according to the World Health Organization (WHO). Symptoms include fever, cough, and rapid breathing. Chest X-ray is considered the test of choice for diagnosing pneumonia in children, but the WHO estimates three-quarters of the world’s population does not have access to radiography.

Investigators conducted a randomized controlled trial in the pediatric Emergency Department at The Mount Sinai Hospital comparing lung ultrasound to chest X-ray in 191 children from birth to 21 years of age. The patients were randomly assigned into an investigational arm (received a lung ultrasound and if the physician needed additional verification, a chest X-ray) and a control arm (received a chest X-ray followed by a lung ultrasound). Researchers found a 38.8 percent reduction in chest X-rays in the investigational arm compared to no reduction in the control arm, with no missed pneumonia cases and no increase in any other adverse events.

“Ultrasound is portable, cost-saving and safer for children than an X-ray because it does not expose them to radiation,” says Dr. Tsung. “Our study could have a profound impact in the developing world where access to radiography is limited.” 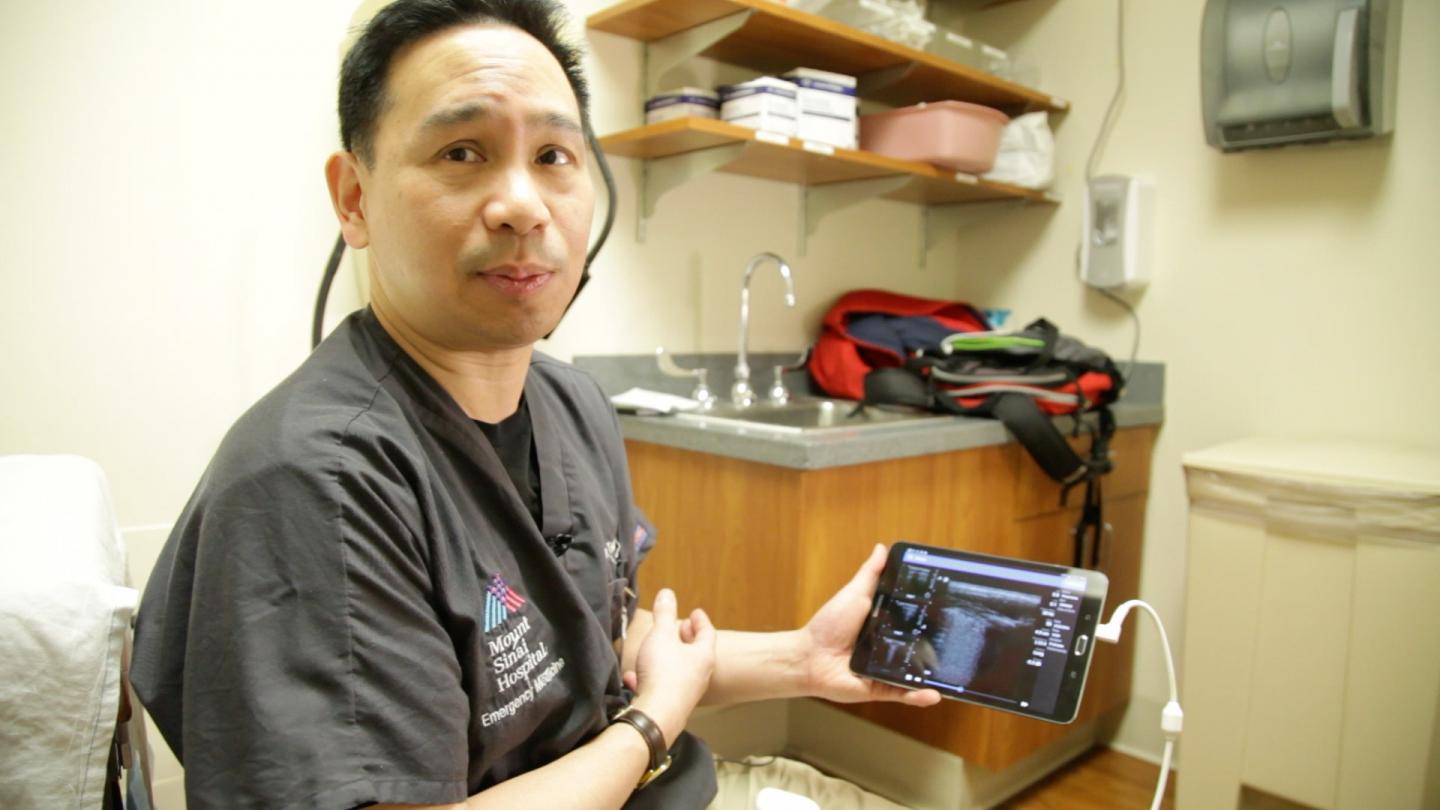 Furthermore, the reduction in chest X-rays in the investigational arm resulted in an overall cost savings of $9,200, and length of stay in the Emergency Department was decreased by 26 minutes.

“In the era of precision medicine, lung ultrasound may also be an ideal imaging option in children who are at higher risk for radiation-induced cancers or have received multiple radiographic or CT imaging studies,” says Dr. Tsung.

As more and more handheld ultrasound machines come to market, these results suggest that lung ultrasound has the potential to become the preferred choice for the diagnosis of pneumonia in children. Further research is needed to investigate the impact of lung ultrasound on antibiotic use and stewardship.