Magewell will showcase the new devices in booth 8-F235 at ISE 2017, taking place February 7-10 in Amsterdam. 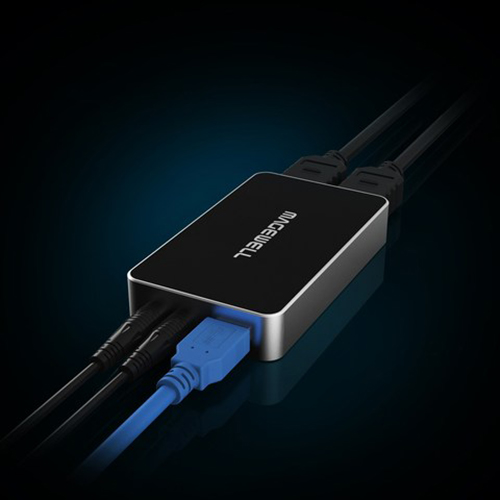 Available in three models with a flexible choice of input connectivity, the USB Capture Plus series is ideal for applications ranging from broadcast, live event streaming and medical imaging to corporate training and gaming.

The new USB Capture HDMI Plus captures video up to 1920×1200, 1920×1080 or 2048×1080 at 60 frames per second over an HDMI interface. Loop-through connectivity enables source signals to be simultaneously sent to a monitor or projector without the need for an HDMI splitter, simplifying wiring while saving costs. HDMI embedded audio is supported, while an analog microphone input enables live narration during capture – particularly useful with computers that lack their own audio inputs. A stereo headphone output rounds out the audio connections. The USB Capture HDMI Plus also supports 4K HDMI inputs at 60fps (with 4:2:0 color subsampling) or 30fps (4:4:4), down-converting them automatically to HD for capture and recording.

The USB Capture SDI Plus provides similar functionality for professional broadcast and production workflows, capturing video up to 1080p60 with embedded audio via 3Gbps SDI. SDI loop-through passes the input to other production and display devices without the expense or complexity of additional routing equipment, while line-level, analog input and output connections enable capture and monitoring of stereo audio.

The third new model, the USB Capture DVI Plus, can capture video up to 1200p60 through its DVI interface – with down-conversion from inputs up to 2048×2160 – and again offers line-level, analog audio input and output. The DVI model can also capture HDMI signals with embedded audio, as well as VGA or component analog video signals, with the use of simple adapters.

“While our existing USB Capture models continue to be extremely popular, we’re continually striving to offer even more value, control and convenience to our customers,” said James Liu, VP of Engineering at Magewell. “The new USB Capture Plus features such as loop-through and discrete audio I/O reduce the cost and complexity of the workflows our products are used in, while our software enhancements give users deeper access to our powerful functionality.”