A group of Russian physicists, with the contribution from their Swiss colleagues, developed a way to use the therapeutic effect of heating or cooling the tissues due to the magnetocaloric effect. The article with the results of the work was published in the latest issue of the International Journal of Refrigeration.

A team of the Lomonosov Moscow State University scientists proposed a new way to use the magnetocaloric effect for the targeted delivery of drugs to the implants. Vladimir Zverev, one of the authors (Lomonosov Moscow State University, Faculty of Physics) claims that this is a unique method that uses a negative magnetocaloric effect.

It is known that one of the problems when implanted of foreign parts in human—artificial joints, abdominal nets, stents esophagus, urinary and biliary ducts, etc.—is the likelihood of rejection. The authors offer to apply a special coating to implants (yet at the stage of the preparation for installing), consisting of several layers. 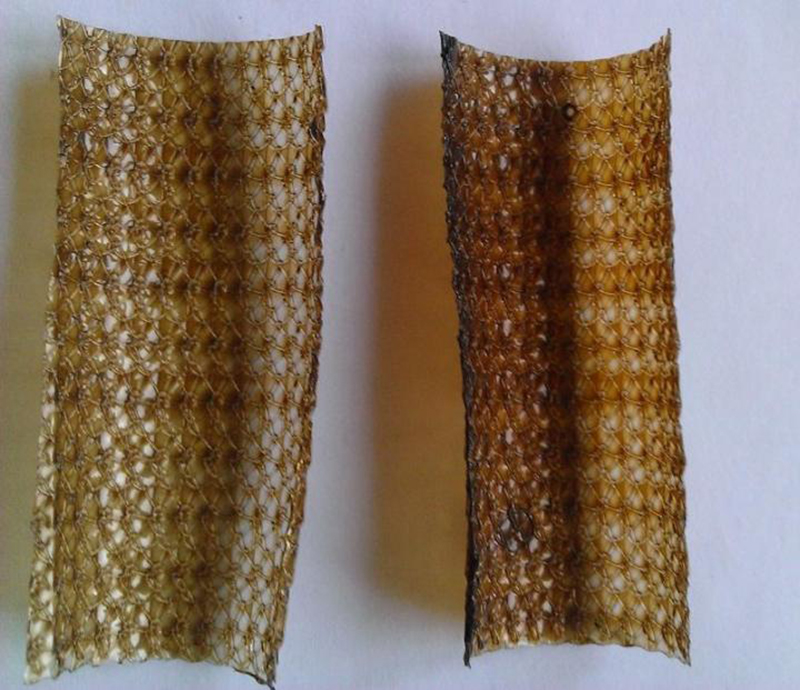 The first layer is a magnetic material, which is cooled in an external magnetic field (a material with a negative magnetocaloric effect). This layer may be a thin film or a suspension of magnetic microparticles. The second layer is the polymer matrix, in which, as a sponge, absorbs the drug. The polymer matrix is in direct thermal contact with the magnetocaloric material. This entire structure is placed in the body during the operation.

The fact that the polymer used in the technology at the normal body temperature, i.e. at a temperature above 37 degrees, behaves like a jelly, which holds the drug inside. When the magnetic field lowers the temperature, the polymer transits in a liquid state and releases drug at the site of theimplantation. For example, when, after insertion of the implant an inflammation occurs, the non-invasive application of an external magnetic field (for example, in MRI) allows to release the desired dose of drug over the desired time and place.

This method of the ‘targeted’ drug delivery is good, in particular, by the fact that it only affects the source of inflammation and remains the rest of the body uninfluenced, that is, by definition, completely harmless. There is a problem though; it is unclear what to do if the coated drug is over.

“First, in some cases just a single drug input is need, for example, to paste the abdominal mesh,” Zverev said. “A release dosage portions of the drug can be controlled by regulating the magnitude of the external magnetic field. It is also possible to replenish a the coat, using the fact that a drug may be chemically linked to the magnetic particles which can be ‘dragged’ to the desired location in the body by an external magnetic field. This method we haven’t developed however, and it is only ideas yet.”