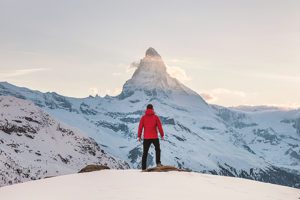 The medical device industry is growing at a healthy and steady pace, according to new reports that EY and Evaluate released today during AdvaMed’s annual Medtech Conference.

“The results of this year’s report is a direct contrast to last year and tells a positive story about the future of the medtech industry,” said EY partner Arda Ural.

According to EY’s “Pulse of the Industry” report, the global medical technology (medtech) industry grew by 5% in 2016, a pace last seen before the financial crisis. This strong performance was fueled by mergers and acquisitions (M&A) and portfolio optimization strategies, as well as continued focus on capital efficiency and research and development (R&D) investments.

Evaluate painted a similarly upbeat picture for the future in its “EvaluateMedTech World Preview 2017, Outlook to 2022” report. It predicted that the worldwide medtech market will reach $521.9 billion by 2022, growing at an annual rate of 5.1% s year between 2016 and 2022.

Neurology will remain the fastest-growing device area, growing at a 7.8% a year clip and reaching $11.6 billion by 2022, according to Evaluate. Five years from now, in vitro diagnostics will still be the largest medical device segment, with annual sales of $69.6 billion in 2022.

One of the biggest surprises for EY’s Ural was the increasing capital flow coming from Asia and, particularly, China.

“The overall VC investment in medical is soaring,” Ural said. Asian outbound capital into the U.S. saw a 100% increase over 2016. This investment in medtech is supported by the Chinese government, which had enabled more transparency in the process. (Here’s a side note: The Chinese government has a strategy to become the leading advanced manufacturer in the world by mid-century.)

The rise of investment in the U.S. signals that it is still seen and will continue to be seen as a global innovation center, including in medtech, according to EY.

Much of that R&D, M&A and VC activity is toward technology that embraces data-driven strategies, which co-create value for all industry stakeholders. Tools such as sensors, augmented reality, and artificial intelligence yield outcomes-driven care platforms that are personalized.

Such personalization is critical as the already complex stakeholders in healthcare demand actionable data. This reality is no surprise to the leaders in the healthcare space.

Value-based care in healthcare technology has already changed the way outcomes are measured, Ural said. “Those point solutions already existed, but now we have a flow of information.”

The new information flow enables collection of data with technologies such as miniaturized sensors and smarter interpretation with algorithms to achieve higher precision with less invasive methods. “This is patient-centric, but it also satisfies the equally important needs of practitioners, regulatory bodies, and payers,” Ural said.

At the same time, there are new challenges inherent in the systems, such as security of data. Ural noted that industry will need to ensure they are meeting compliance standards. “The risk of security needs investment and attention, right now.”

Medtech will have to stay nimble and use leading-edge technology to meet those demands. On another positive note, however, Ural said that the report demonstrates a resiliency of industry in general and the agility its leaders.

“Medtech executives are getting better at managing the cycle of innovation, and they are more comfortable with creating new business models to joint ventures to take advantage of data-driven technology,” Ural said. “They are proving they are suited to meet the challenge of healthcare convergence.”

Other key results in the report include: