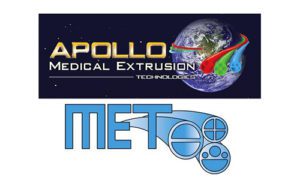 A U.S. trademark board last week shot down a bid by Medical Extrusion Technologies to trademark its name, ruling that the name is not distinct enough to trademark.

But the U.S Patent & Trademark Office’s Trademark Trial & Appeal Board ruled August 18 in favor of rival and trademark challenger Apollo Medical Extrusion Technologies, which argued that the proposed trademark is highly descriptive and not substantially exclusive, meaning it fails the distinctiveness bar.

“We find that [MET] has failed to establish that the designation MEDICAL EXTRUSION TECHNOLOGIES has acquired distinctiveness as a source-indicator for [MET’s] medical extrusion goods. That is, [MET] has not established that, ‘in the minds of the public, the primary significance of [MEDICAL EXTRUSION TECHNOLOGIES] is to identify the source of the product rather than the product itself,'” the TTAB found.

“Rather, the record establishes that the wording is a highly descriptive designation that identifies a significant feature of the goods, namely, [MET’s] goods are the end products of medical extrusion technologies. The evidence of acquired distinctiveness must be weighed against the highly descriptive nature of the wording comprising [MET’s] proposed mark. Given that the proposed mark is highly descriptive, much more evidence, especially in the quantity of direct evidence from the relevant purchasing public, than what [MET] has submitted would be necessary to show that the designation MEDICAL EXTRUSION TECHNOLOGIES has become distinctive for [MET’s] medical extrusion goods,” the board found.