Medtronic’s miniscule, leadless pacemaker, the Micra, will be covered by Medicare for procedures conducted as part of a long-term clinical study, The Minneapolis Star-Tribune reports. Offered reimbursements for the device stop short of broader use, however, causing some consternation among physicians.

It’s been nearly a year since the U.S. Food and Drug Administration (FDA) cleared the Medtronic Micra for medical use. At the time, Medtronic touted the device as the world’s smallest pacemaker. The manufacturer also celebrated what they viewed as resounding success in the research phase of the approval process.

“In the clinical trial, the Micra was successfully implanted in nearly all patients, and met its safety and effectiveness endpoints by wide margins,” said Dwight Reynolds, MD, regent’s professor and chief of the Cardiovascular Section at the University of Oklahoma Health Sciences Center, and principal investigator in the Micra Transcatheter Pacing System Global Clinical Trial. “This gives us great confidence that this miniaturized device will bring patients the most advanced pacing technology.”

Despite that, the Centers for Medicare and Medicaid Services (CMS) have been slow to commit to Medicare insurance coverage on the device, citing concerns about long-term effectiveness.

“CMS believes that the available evidence is not sufficient to determine long term health outcomes or to identify the characteristics of the patient, practitioner, or facility that predict which beneficiaries are more likely to experience overall benefit or harm from leadless pacemakers,” the agency wrote in a statement released in November. “Significant questions remain regarding the potential for deterioration in left ventricular function and other long term outcomes, as well as device longevity.” 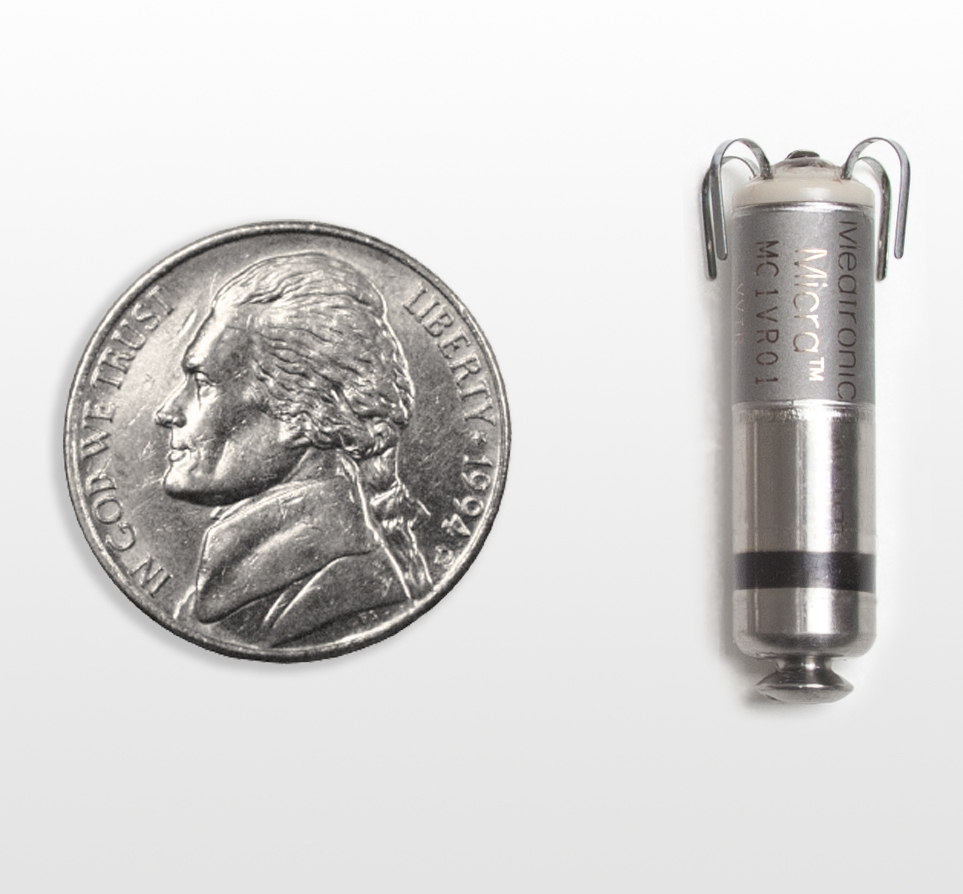 Unlike traditional pacemakers, the Micra uses small tines instead of leads. After it is implanted in the heart, the device delivers electrical impulses through an electrode at the end of the device, regulating heart activity.

Given the likely patient pool for the Micra, the lack of Medicare coverage is especially challenging for surgeons interested in using the device.

“Reimbursement by insurance companies has increasingly been the gating factor for a new product’s financial success,” Thomas Gunderson, a retired analyst for the medical technology industry, told the Star-Tribune via email. “For Micra, the [Medicare] decision is particularly impactful since pacemakers trend more toward an elderly, i.e. Medicare, population.”

Currently, the Micra is estimated to cost approximate four times as much as a conventional pacemaker, leading some to complain that the half-measure support put forth by the CMS compounds the likelihood that the adoption of the new technology will be driven by financial factors rather than prevailing medical considerations.

In a public comment letter submitted to CMS, Steven Houser, PhD, FAHA, current president of the American Heart Association, argues that leadless pacemakers are ready for wider adoption under the discernment of physicians and the strictures of indications approved by the FDA.

“Thus, we urge CMS to reconsider this restrictive decision, which limits coverage to Medicare beneficiaries participating in FDA-approved studies,” writes Houser. “Rather, CMS should extend coverage to eligible patients, while continuing to monitor the safety and effectiveness of leadless pacemakers. Restricting coverage through CED to those enrolled in a FDA-approved study will result in a substantial limitation of access to a novel and useful therapy for patients.”