Medicare’s financial condition has taken a turn for the worse because of predicted higher hospital spending and lower tax revenues that fund the program, the federal government reported Tuesday.

In its annual report to Congress, the Medicare board of trustees said the program’s hospital insurance trust fund could run out of money by 2026 — three years earlier than projected last year.

A senior government official briefing reporters attributed the worsened outlook for Medicare to several factors that are reducing funding and increasing spending.

He said the trustees projected lower wages for several years, which will mean lower payroll taxes, which help fund the program. The recent tax cut passed by Congress would also result in fewer Social Security taxes paid into the hospital trust fund, as some higher-income seniors pay taxes on their Social Security benefits.

The aging population is also putting pressure on the program’s finances.

In addition, he said moves by the Trump administration and the GOP-controlled Congress to kill two provisions of the Affordable Care Act are also harming Medicare’s future. Those were the repeal of the penalties for people who don’t have insurance and the repeal of an independent board charged with reining in spending if certain financial targets were reached. 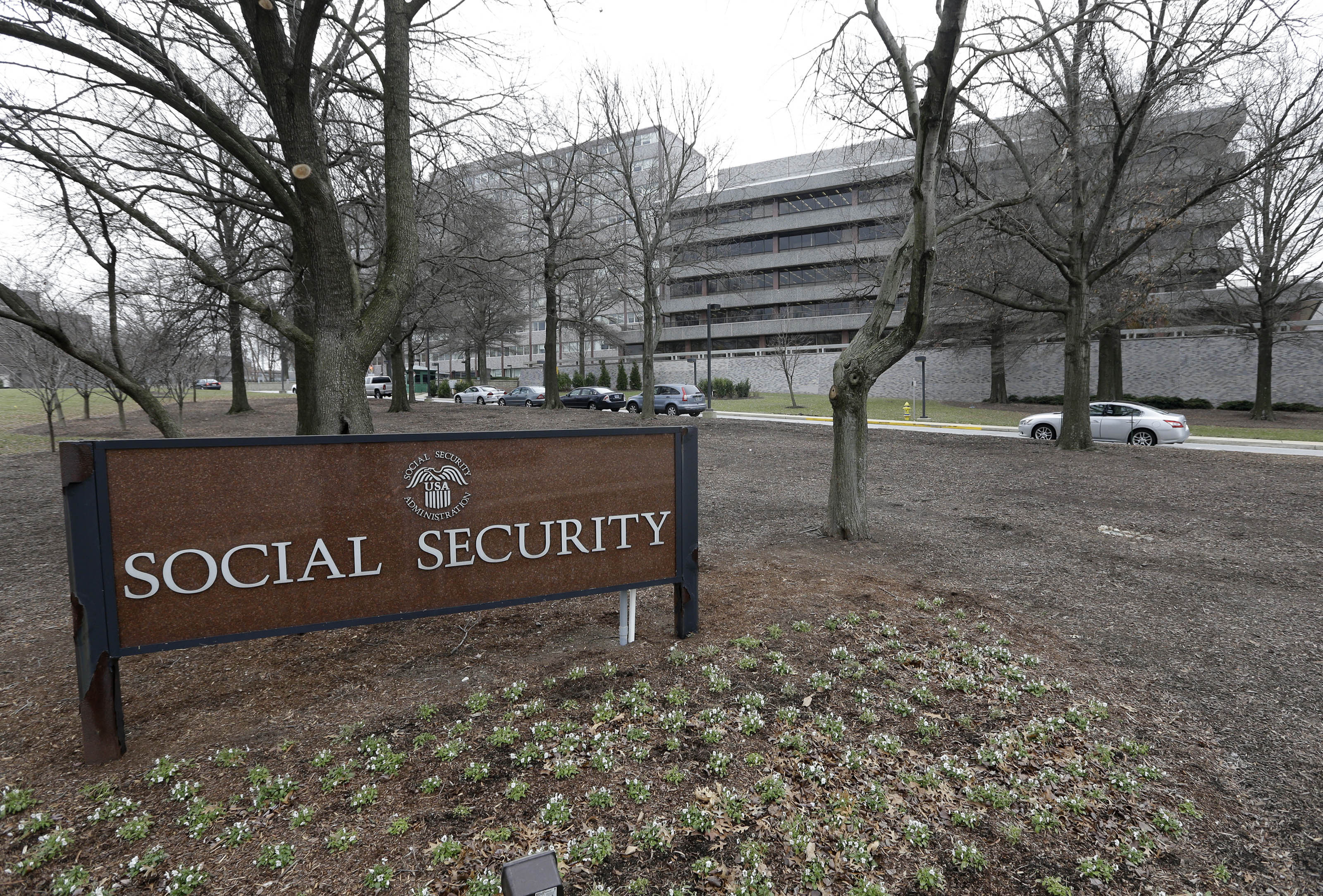 In this Jan. 11, 2013 file photo, the Social Security Administration’s main campus is seen in Woodlawn, Md. Medicare’s financial problems have gotten worse, and Social Security’s can’t be ignored forever. The government’s annual assessment is a sobering checkup on programs vital to the middle class. The report from program trustees says Medicare will become insolvent in 2026, three years earlier than previously forecast. The report says Social Security will become insolvent in 2034, no change from the projection last year.(AP Photo/Patrick Semansky, File)

Marc Goldwein, senior vice president for the nonpartisan Committee for a Responsible Federal Budget, said it was not surprising to see the three-year shift in Medicare’s solvency since the trust fund operates on a narrow margin between revenue and expenses.

He said the change to the ACA’s individual mandate penalties, which takes effect next year, is expected to lead to millions more people going without health insurance. That in turn will leave hospitals with higher rates of uncompensated care. Some of those expenses are covered by a special Medicare fund paid to hospitals with larger numbers of uninsured patients.

Medicare Part B premiums — which cover visits to physicians and other outpatient costs — should remain stable next year, the trustees said. About a quarter of Part B costs are paid for by beneficiary premiums with the rest from the federal budget.

In a separate report, the government said that Social Security would be able to pay full benefits until 2034, the same estimate as last year. The Social Security Disability Insurance Trust Fund was projected to have sufficient funds until 2032, four years later than forecast last year.

“Lackluster economic growth in previous years, coupled with an aging population, has contributed to projected shortages for both Social Security and Medicare,” he said in a statement.

Mnuchin vowed that the Trump administration’s efforts to cut taxes, ease federal regulations and improve trade deals would help both Medicare and Social Security survive over the long term.

“Robust economic growth will help to ensure their lasting stability,” he said.

Critics, however, doubt the economy will grow fast enough to fix Medicare.

“Administration policies in President Trump’s first year have reduced the life of the Medicare trust fund by three years,” he said. “With their repeated efforts to sabotage the nation’s health care system, including their irresponsible tax law, congressional Republicans and President Trump are purposefully running Medicare into the ground.”

Seema Verma, administrator of the Centers for Medicare & Medicaid Services, said in a statement the report should spur Congress to act on Trump’s budget plan to cut Medicare spending during the next decade, mostly by reducing payments to doctors, nursing homes and other providers.

“These proposals, if enacted, would strengthen the integrity of the Medicare program,” she said.

Breaking from tradition, none of the Medicare trustees — which include Mnuchin, Health and Human Services Secretary Alex Azar and Secretary of Labor Alexander Acosta — spoke to the press after releasing the report. A spokesman said they had “scheduling conflicts.”

The Medicare trustees said the trust fund will be able to pay full benefits until 2026 but then it will gradually decline to be able to cover 78 percent of expenses in 2039.

Medicare provides health coverage to more than 58 million people, including seniors and people with disabilities. It has added 7 million people since 2013.

Total Medicare expenditures were $710 billion in 2017.

Juliette Cubanksi, associate director of Kaiser Family Foundation’s Medicare Policy Program, cautioned that the report doesn’t mean Medicare is going bankrupt in the next decade but Part A will only be able to pay 91 percent of covered benefits starting in 2026. (KHN is an editorially independent program of the foundation.)

She noted that Congress has never let the trust fund go bankrupt. In the early 1970s, the program came within two years of insolvency. But the 2026 estimate marks the closest the program has come to insolvency since 2009, the year before the Affordable Care Act was approved.

Joe Baker, president of the Medicare Rights Center, said Congress still has plenty of time to act without making changes that harm beneficiaries.

“I worry about fear mongering and the need to do something radical to the program,” he said.