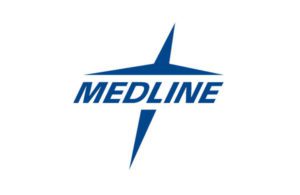 This article has been updated with a comment from Medela.

The privately owned company uses the carcinogenic gas ethylene oxide (EtO) to sterilize its own and other companies’ devices at the plant. Medline did not announce the shutdown or reveal whether or where it diverted the devices normally sterilized there.

Medline spokesman Jesse Greenberg previously told Medical Design & Outsourcing that the Waukegan plant manufactures and sterilizes 16,000 custom surgical kits per day. It had also been sterilizing Medela breast pumps and other devices for nursing mothers and newborns since the Sterigenics EtO plant in Willowbrook, Ill., closed in February 2019. Medela said the company is using backup sterilization service suppliers and will resume working with Medline when the Waukegan plant comes back online.

“Our operations team built a plan and sterilization schedule prior to our operational pause to meet our customers’ needs,” Greenberg added. “While the limitations to the supply of EtO sterilization are acute, given the short duration of this pause, we do not anticipate any service issues associated with this final stage of the process.”

Medline instituted the shutdown voluntarily in order to comply with a state EtO emission-control law that went into effect in 2019. The company secured the building permit in October and expects full sterilization operations at the Waukegan plant to resume in a few weeks, according to Greenberg.

“In just over three months, we have completed the installation of world-class emissions abatement equipment. While Medline completes the final stages of balancing and testing this equipment, we are temporarily pausing sterilization operations,” he said. “Medline’s investment in best available technology was made to meet or exceed both the requirements in the Matt Haller Act and our new Illinois EPA permit. When finished, Medline will abate more than 99.9% of all EtO used at our facility.”

Ambient air testing conducted near the plant over three months “continues to show a pattern of extremely low background levels of ethylene oxide in Waukegan around Medline’s facility and is further evidence that our sterilization operation is conducted safely,” Greenberg added. “Indeed, these levels are considerably lower than background levels the U.S. Environmental Protection Agency has measured in cities across the nation without stationary sources of ethylene oxide nearby.”

Medline maintains that the Waukegan plant has always operated at safe EtO-emission levels that fell within the plant’s permit. The new permit limits emissions from the plant to 150 lbs. per year, compared with the thousands of pounds of gas the plant had been releasing, according to a report in the Chicago Tribune.

The medtech industry and the FDA have repeatedly warned of the possibility of medical device shortages as state and federal regulators consider whether to further limit EtO emissions. The FDA is scheduled to issue upgraded regulations in March. 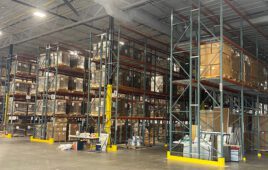 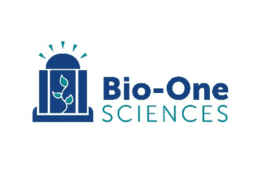 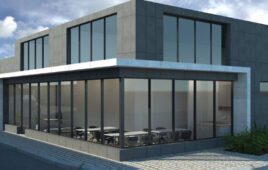