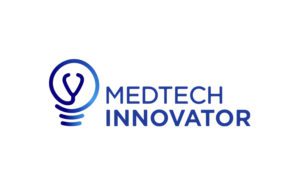 MedTech Innovator today revealed the 50 startups it selected to partake in its flagship showcase and accelerator program.

The four-month program offers the startups visibility and access to leading manufacturers, providers, investors and other industry stakeholders, with up to $500,000 available in cash and in-kind prizes during the final competition at The MedTech Conference, powered by AdvaMed.

According to a news release, the program will begin virtually on June 15 with the annual MedTech Innovator Summit, at which the selected companies will collaborate with MedTech Innovator’s partners during exclusive virtual networking events and interactive workshops. A subset of 25 companies will participate in the accelerator program, where they will be matched with senior industry leaders to receive in-depth, customized mentorship and support.

The program ends with The MedTech Conference, powered by AdvaMed, which will be held between Sep. 27 and Sep. 30. All 50 companies will present in showcase panels and garner access to partnering and roundtables. Five startups from the accelerator program will compete for the Execution Award, while another five companies will advance to the Grand Final competition. An audience vote determines the Grand Final winner, which is entitled to a $350,000 grand prize.

MedTech Innovator selected the 50 participants by evaluating the pitches of 195 candidates from more than 1,100 applications from 54 countries and 42 U.S. states, registering a 4% acceptance rate.

“Our goal at MedTech Innovator is to find the most promising medical innovations and make sure they actually reach the patients who need them,” MedTech Innovator CEO Paul Grand said in the release. “We are thrilled with the caliber of the startups participating in this year’s cohort and we look forward to providing them with the resources and mentorship they need to succeed.”

Here are the 50 companies selected for the MedTech Innovator showcase and accelerator program: