Before I get into the history of MRI machines, I first have to give an honorable mention to the rockstar of the science world, Nikola Tesla. His discovery of the rotating magnetic field in 1882 made the operation of the alternating current (AC) motor possible, which is instrumental in MRI design. Tesla gets his props, don’t worry – the field strength of MRI magnets are measured in Tesla Units (T). 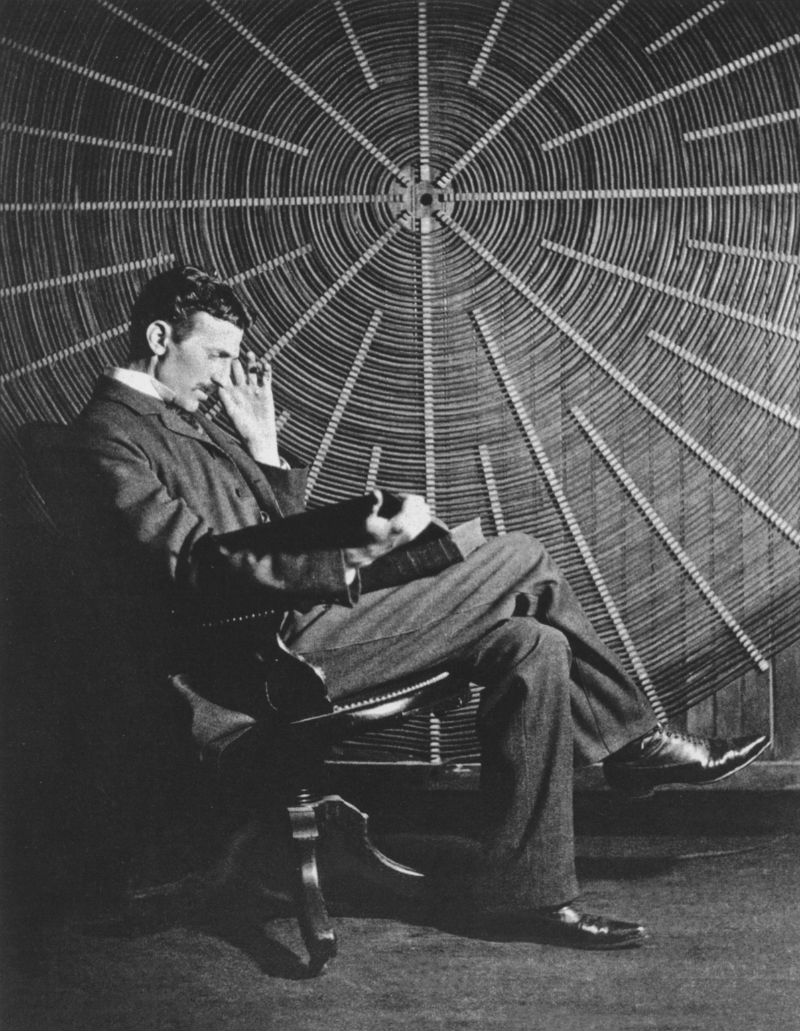 The man himself, Nikola Tesla.

Nuclear magnetic resonance (NMR) was first observed in by Columbia University professor Isidor Rabi in 1937. He was able to detect and measure single states of rotation of atoms and molecules, which measured the magnetic resonance in liquids and solids. Within a decade, scientists were using NMR as standard substance analysis. The first one-dimensional MR image was then made in 1950 by American physicist Herman Carr.

In 1971, Brooklyn’s Downstate Medical Center physician Raymond Damadian discovered that the hydrogen signal in cancerous tissue differs from healthy tissue, because tumors contain more water (i.e., more hydrogen atoms.) This was a huge breakthrough – when an NMR machine was turned off, the radio waves from cancerous tissue remain longer than in healthy tissue. Damadian applied for a patent to use NMR for this purpose in 1972, detailing a hypothetical magnetic resonance machine. A year later, the first NMR image (of a test tube) was made by State University of New York chemist Paul Lauterbur. 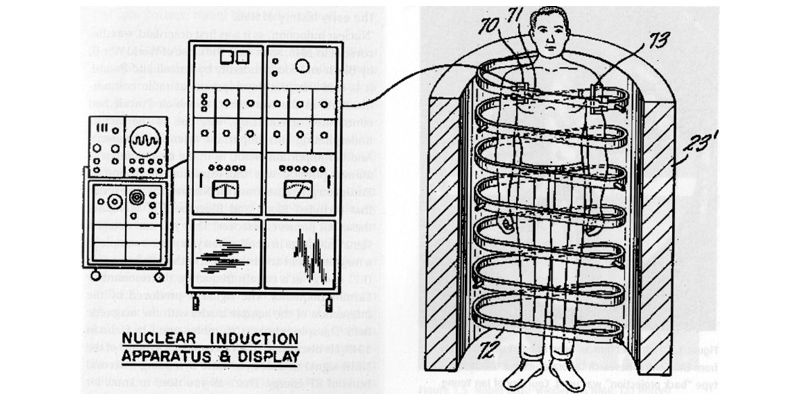 Raymond Damadian’s “Apparatus and method for detecting cancer in tissue.”

During that same year (1978) physicist and University of Nottingham professor Peter Mansfield invented the echo-planar imaging (EPI) technique, which cut MR scans down from hours to seconds, and produced clearer images. 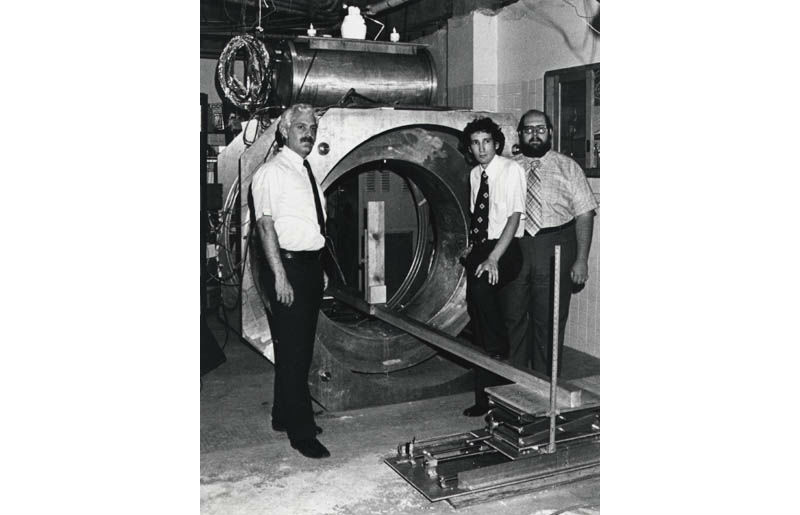 1978 seems to be a prolific year for the MRI machine! In that year Damadian founded the FONAR corporation, which manufactured the first commercial MRI scanner in 1980. The FONAR corporation scanner was approved by the FDA in 1984.

Real time MR imaging of the heart was developed in 1987. It was initially quite difficult to image the heart because of respiratory and cardiac motion, but cardiac electrocardiograph (ECG) gating, faster scan techniques, and “breath hold” imaging made it possible. Following the development of imaging of axonal transport of supermagnetic metal oxide particles to image neural tracts, functional MRI (fMRI) of the brain was introduced in 1993. 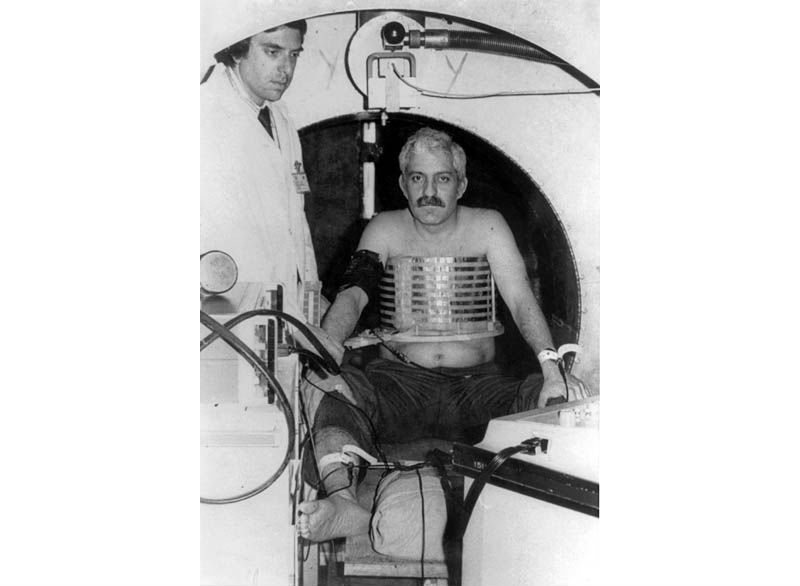 The first (unsuccessful) scan of Damadian. Apparently he was too fat for the NMR receiver coil. (Credit: FONAR)

Since then, great strides have been made in Cardiac and Body MRI, fetal imaging, and fMRI. They are now routine practices in many imaging centers. MRI is usually performed at 1.5T, but higher fields like 3T are gaining popularity because their sensitivity and resolution are increased. Most recently, a combination MRI/radiotherapy machine is currently being built in the University Medical Center in Utrecht – a clinical prototype is expected next year.

Oh, and a friendly reminder. Should you have to undergo an MRI scan, make sure all magnetic materials are safely stowed far away from the machine. Otherwise something like this might happen…