The first electroencephalograph (EEG) for human use was invented by German physiologist and psychologist Hans Berger in 1929, but there were a number of important experiments that preceded it. In the late nineteenth century, electrodes placed on the surface of animal brains and subsequent brain activity observation led to the discovery of brain waves. The first EEG was performed on a dog. 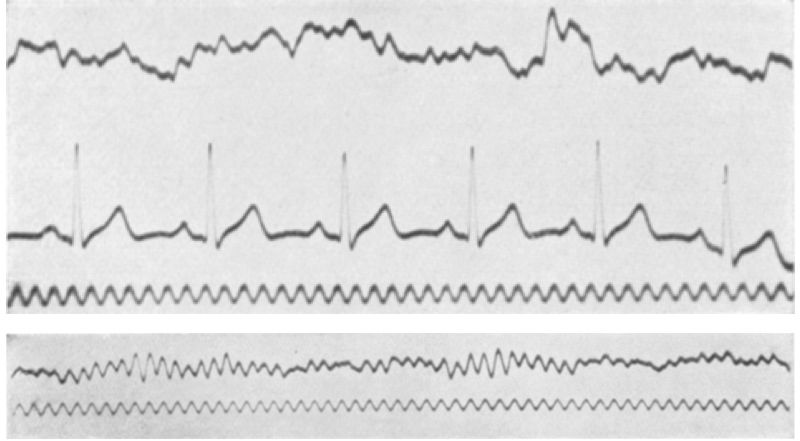 The first reports of the human EEG from the first publication from Hans Berger (1929). Both represent samples of EEG recorded from his son Klaus (16 years old). (Credit: Brainclinics Research Institute)

Berger gave the electroencelphalogram its name, derived from the German elektrenkephalogramm, in order to describe the graphic representation of brain waves. He believed that brain currents change based on the brain’s functional status: during sleep, epilepsy, and anesthesia. Berger’s EEG was able to record the weak electrical currents in the brain without opening up the skull, to be depicted on a strip of paper. This essentially founded the branch of medical science called clinical neurophysiology. 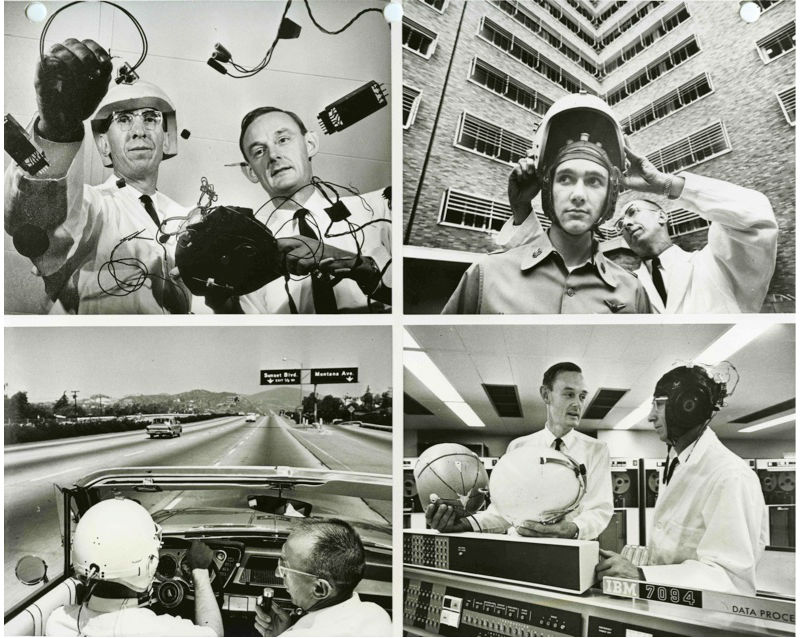 This is a 1963 photo of EEG equipment developed for use in space. (Credit: Computer History Museum)

Berger’s electrodes were too large for detailed EEG studies like focus of seizure activity or tumor localization. This was remedied in 1936 by British scientist W. Gray Walter, who proved a large number of smaller electrodes attached to the scalp were able to identify abnormal electrical activity near brain tumors. But he didn’t stop there; Walter was interested in building bidimensional EEG activity maps over the brain surface, so invented the toposcope in 1957. 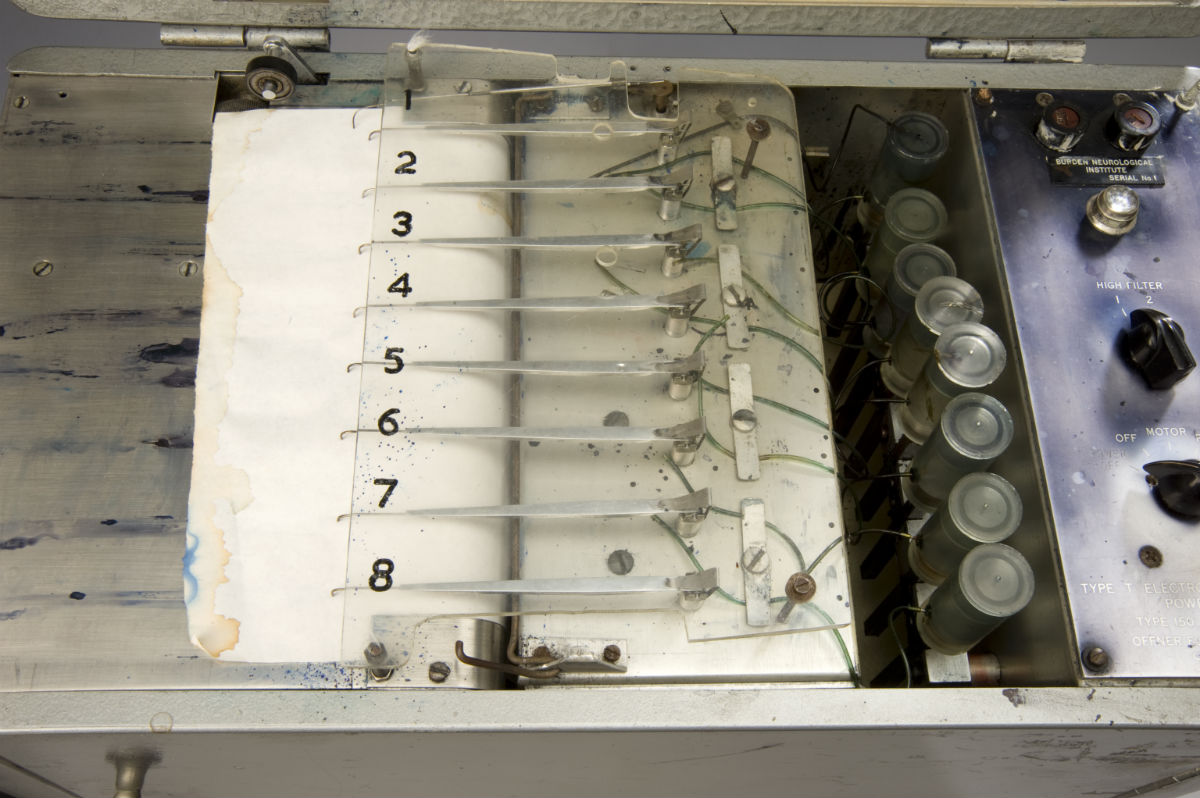 The toposcope was remarkably complex for its time; it had 22 cathode ray tubes connected to two electrodes, attached to the skull. These were arranged in a bidimensional geometrical array, and each tube could capture several rhythms in a particular area of the brain. Walter experimented by having his subjects perform mental tasks while he watched the EEG results. He saw that EEG rhythms changed in different ways, times, and parts of the brain, and was the first to prove that the alpha rhythm (resting state) disappears from nearly the entire brain for a task during which the user must be aware. 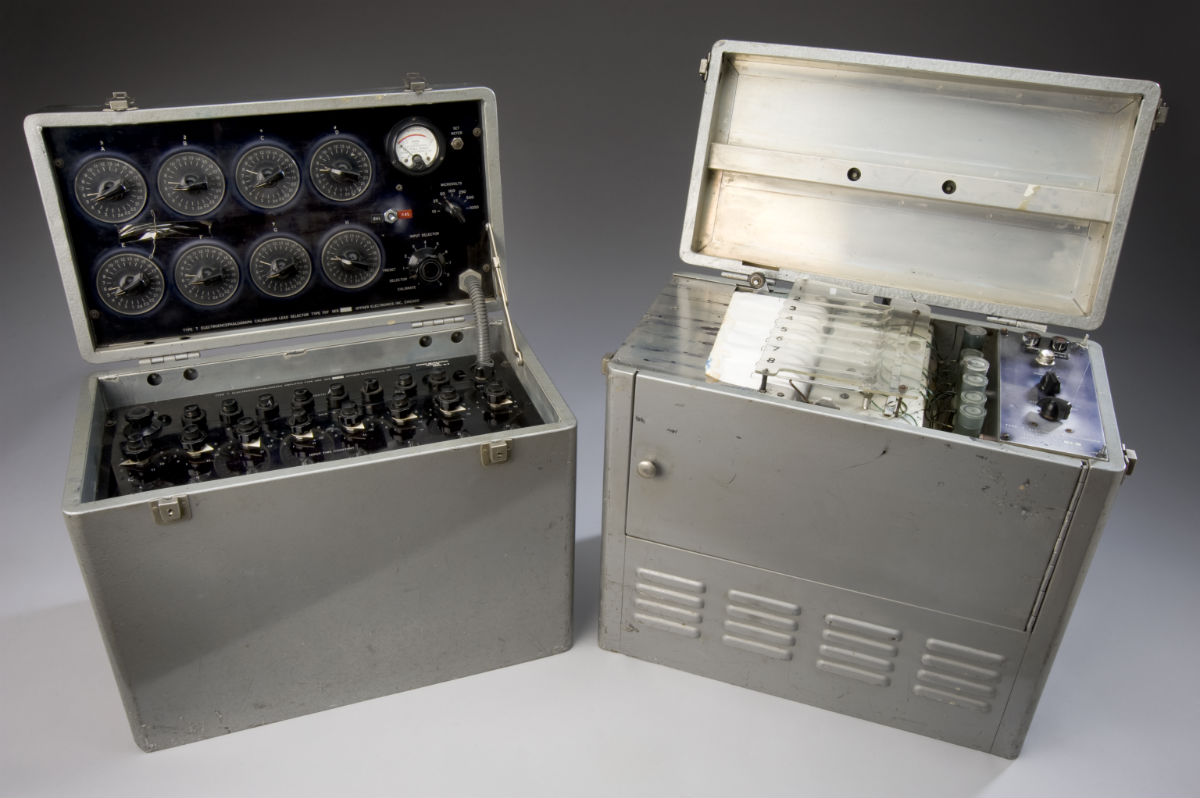 The entire 1958 EEG setup. It was the first to be used on an epileptic brain. (Credit: Science Museum, London)

Unfortunately, Walter’s machine never had commercial success because of its price and complexity. It was a shame, because topographical studies on electrical activity in the brain could have been a real help to locate epileptic foci. EEG brain topography couldn’t become viable until fast desktop computers became available in the 1980s. Since then, EEG machines have evolved to have multiple channels and software that creates an electrical “map” of the brain.