The exact origin of the first wheelchair is yet unknown, but the earliest record of wheeled furniture dates back to the 5th century BC, appearing on both an inscription on an ancient Chinese stone slate and a child’s bed on a Greek vase. Wheeled seats for transporting the disabled came around in China about 300 years later, a modification of the Chinese-invented wheelbarrow. Images of wheelchairs made to carry people began appearing in Chinese art around 525 AD. 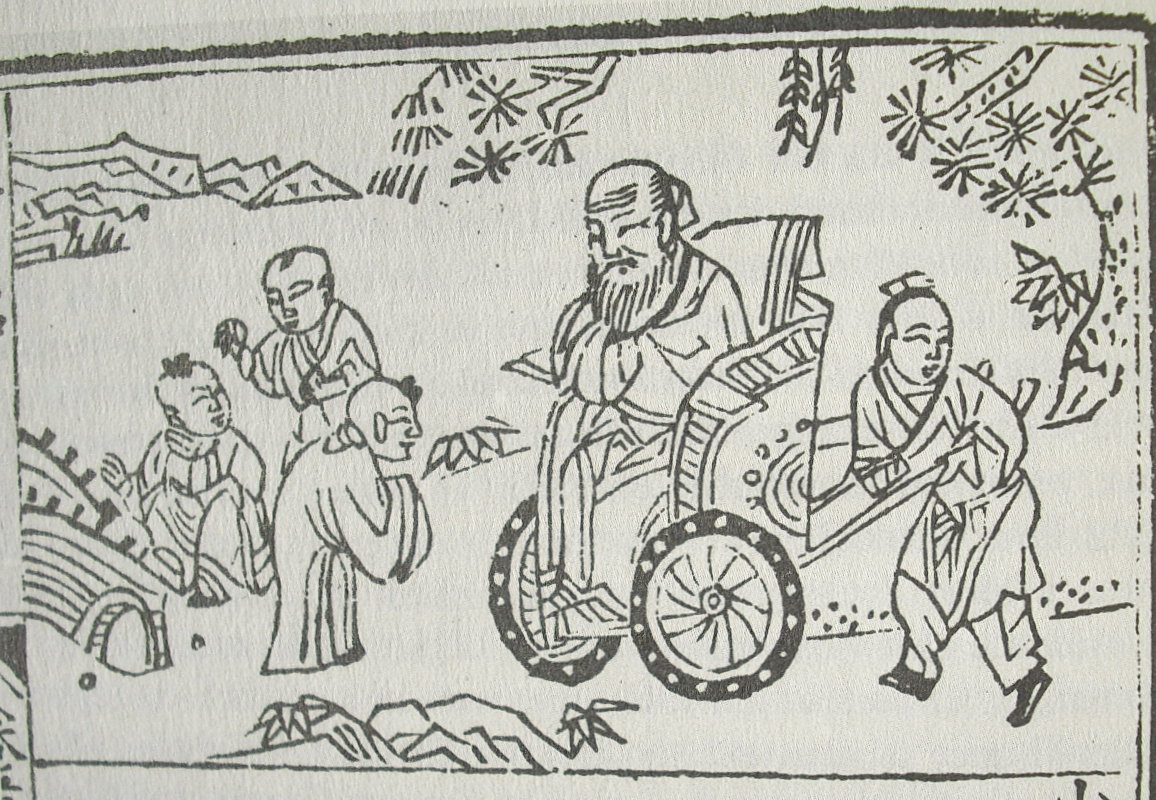 Depiction of Confucius in a wheelchair, dating to ca. 1680.

The first widely known wheelchair was invented in 1595 specifically for King Philip II of Spain. King Philip suffered from gout later in his life, using a custom-built chair made by an anonymous inventor. At that time, it was called an invalid chair—thankfully the name was eventually changed to something far less degrading. Philip couldn’t propel himself using this wheelchair, he was likely pushed around by a caregiver. 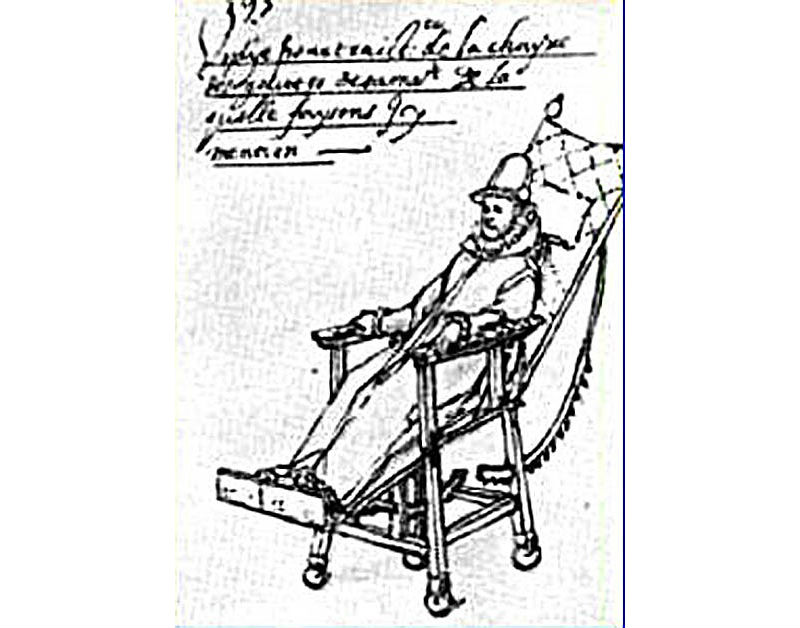 The first self-propelling wheelchair was built in 1655 by a paraplegic watchmaker named Stephen Farfler, who was only 22 years old at the time. The front wheel turned using two hand cranks. Farfler’s three-wheeled chair is believed to be a precursor to the tricycle and bicycle. 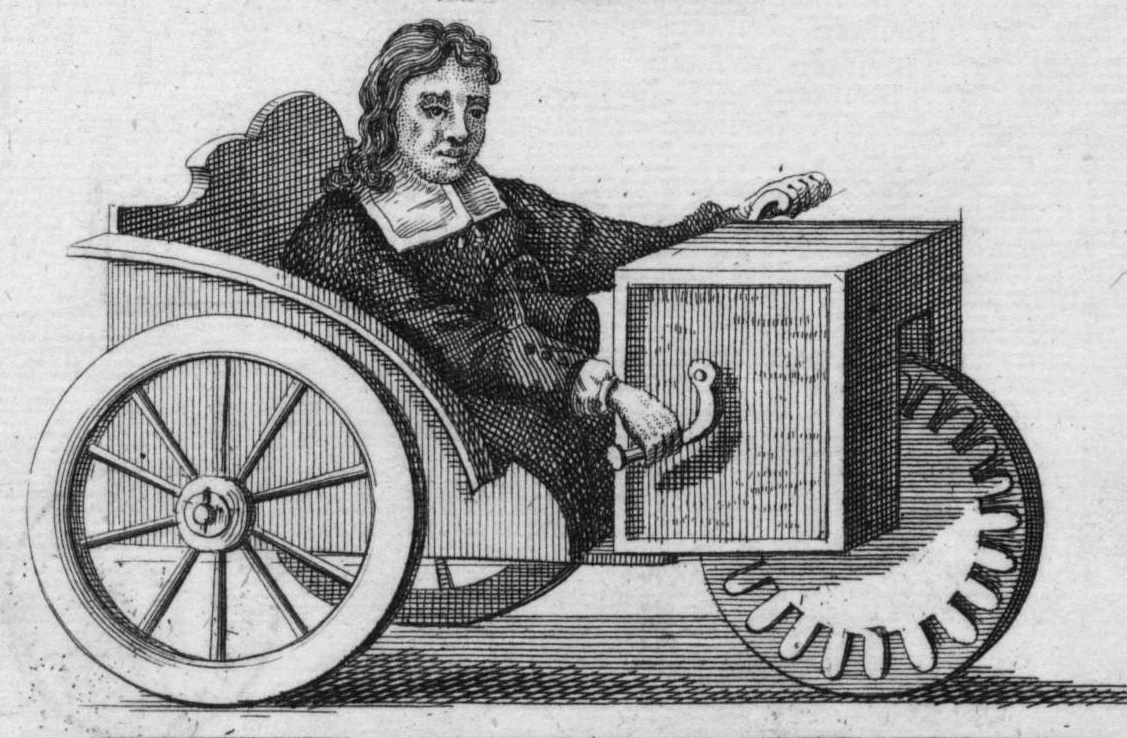 Farfler’s wheelchair. I can see how the tricycle was borne from this; the resemblance is uncanny.

In 1783, John Dawson of Bath, England invented a wheelchair with two large wheels and one small, naming it the “Bath chair” after its birthplace. It was also pushed by hand, and could be mounted on four wheels, should the rider need to be transported by a horse, donkey, or small pony. Later versions allowed it to be pushed by an attendant, and some had a steering mechanism that could be operated by the rider. 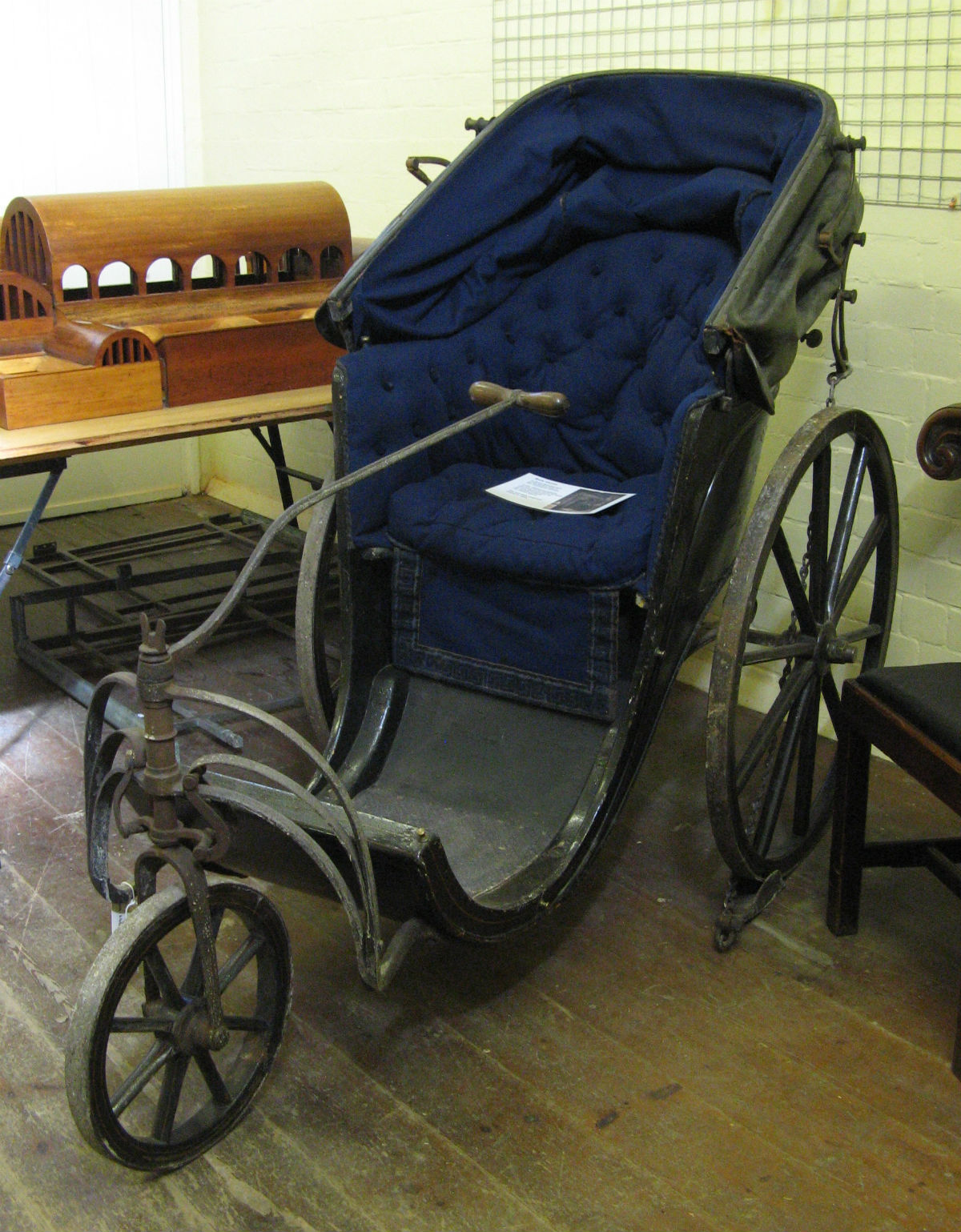 The Bath chair. Hard to tell the difference between this and a horse-drawn carriage.

Rider comfort was an issue for people using Bath wheelchairs, so the wheelchair saw many design improvements over the late 19th century. During this time, the convertible chair was introduced, which reclined and had adjustable foot rests. The first model with rear push wheels and front casters is shown in an 1869 patent. Inventors added hollow rubber wheels (similar to bicycles) around this time as well, and pushrims were added to the design in 1881. 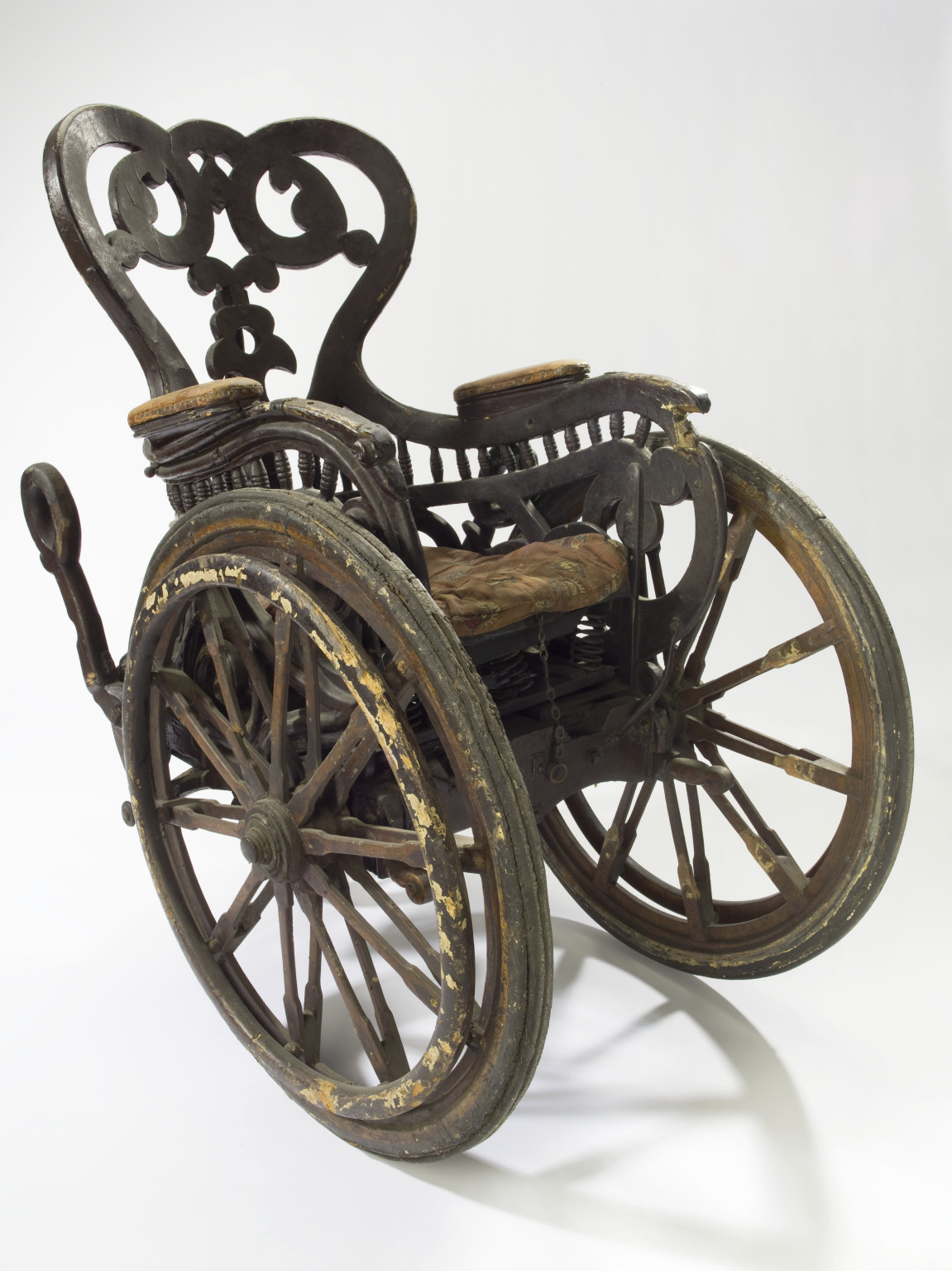 I can see how riders might have been uncomfortable in early wheelchair designs…yikes.

The first lightweight, steel, collapsible wheelchair was invented in 1932 by mechanical engineer Harry Jennings. Jennings built it for his paraplegic friend Herbert Everest, who was injured in a mining accident years prior. Everest and Jennings went on to become the first mass wheelchair manufacturer, and the “x-brace” design is still commonly used in wheelchairs today.

Attempts to build a motorized wheelchair date as far back as 1916, but the first electrically powered wheelchair rolled in shortly following WWII, invented by George Klein, as a result of high demand due to quadriplegic veterans. (Note: Klein also invented the microsurgical staple gun.) Everest and Jennings also jumped on the opportunity, as they were the first to mass manufacture the electric wheelchair, in 1956. 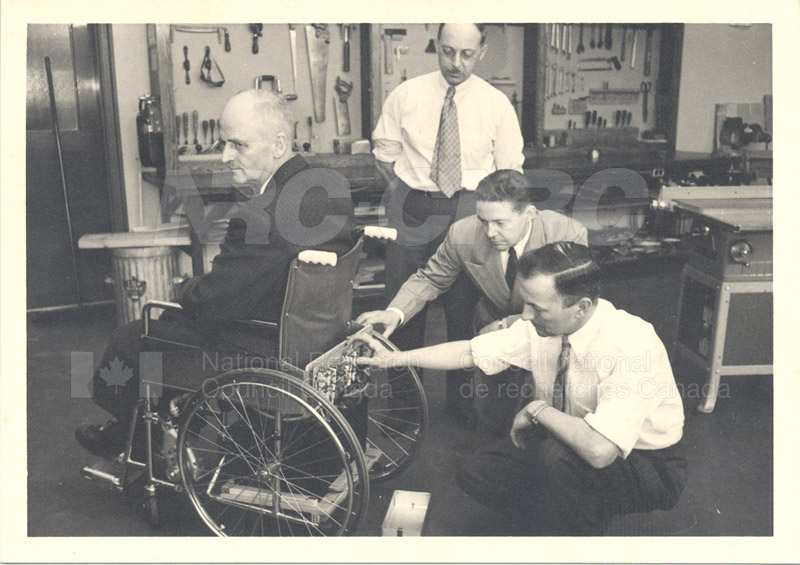 Since then, upgrades to wheelchairs included a more ergonomic design, advanced materials, and evolving motor technology. The most intriguing modern development for wheelchairs actually came alongside the BrainGate brain-computer interface, implanted into the brain and used to send mental commands to direct the wheelchair. Here’s to hoping new developments in wheelchair technology keep rolling right along!