Earl Bakken, an electronics repairman who created the first wearable external pacemaker and co-founded one of the world’s largest medical device companies, Medtronic, has died. He was 94.

Bakken, who also commercialized the first implantable pacemaker in 1960, died Sunday at his home in Hawaii, Medtronic said in a statement. It didn’t give a cause of death.

Bakken and his brother-in-law, Palmer Hermundslie, formed Medtronic in 1949 and turned it from a struggling company they ran out of the Hermundlie family’s Minneapolis garage into a multinational medical technology powerhouse.

“The contributions Earl made to the field of medical technology simply cannot be overstated,” said Medtronic’s chairman and CEO, Omar Ishrak. “His spirit will live on with us as we work to fulfill the mission he wrote nearly 60 years ago — to alleviate pain, restore health, and extend life.” 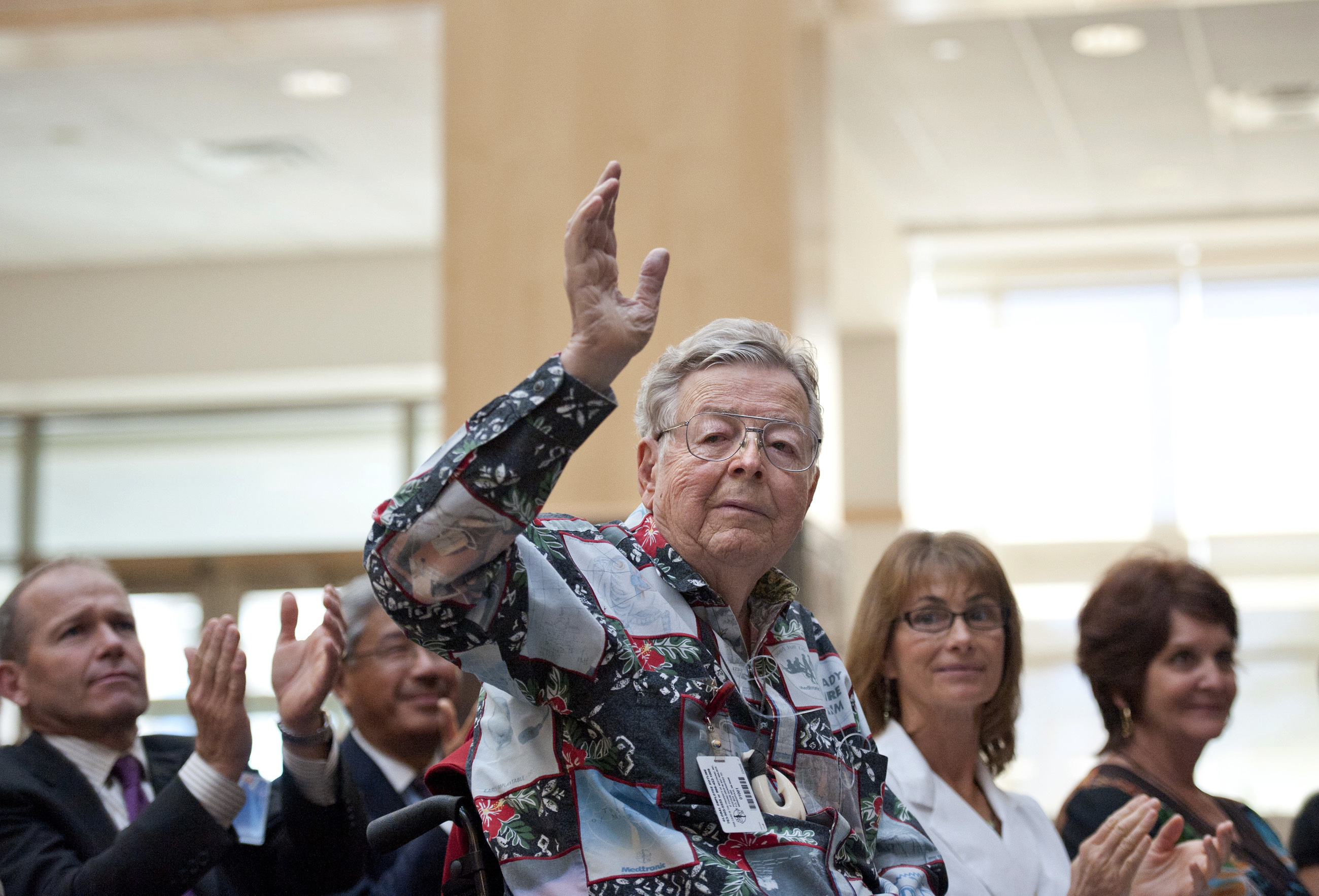 One of the men who followed Bakken as chief executive, Harvard management professor Bill George, said Bakken made sure that Medtronic’s future leaders followed the company’s original values, which are laid out in its mission statement.

“He was a remarkable human being, a visionary 25 years ahead of his time,” George told the Star Tribune. “He was a graduate of the University of Minnesota, the pioneer of one of our strongest industries, and really stood for all the values that Minnesota stands for.”

Bakken and Hermundslie, who was married to the sister of Bakken’s wife at the time, formed Medtronic to repair and modify hospital equipment. The company mixed fixing TVs and selling other companies’ medical devices with its most important work: custom-made medical devices.

In 1958, University of Minnesota heart surgeon Dr. C. Walton Lillehei asked Bakken to make a battery-powered pacemaker that could keep babies with irregular heartbeats alive. Until then, patients with irregular heartbeats had to plug their cumbersome external devices into wall outlets, limiting their movement and leaving them susceptible to power outages, according to the company.

Bakken delivered his device to the university’s animal lab for testing and was stunned to see it attached to one of Lillehei’s pediatric patients the next day.

Medtronic has 86,000 employees worldwide. Its operational headquarters are still in the Minneapolis area but a few years ago, it moved its corporate headquarters to Dublin, where it would benefit from Ireland’s lower corporate tax rate.

Bakken is survived by his wife, Doris J. Bakken, his sister, several children, grandchildren and great-grandchildren.