A new technique developed at Caltech that uses gas-filled microbubbles for focusing light inside tissue could one day provide doctors with a minimally invasive way of destroying tumors with lasers, and lead to improved diagnostic medical imaging.

The primary challenge with focusing light inside the body is that biological tissue is optically opaque. Unlike transparent glass, the cells and proteins that make up tissue scatter and absorb light. “Our tissues behave very much like dense fog as far as light is concerned,” says Changhuei Yang, professor of electrical engineering, bioengineering, and medical engineering. “Just like we cannot focus a car’s headlight through fog, scientists have always had difficulty focusing light through tissues.”

To get around this problem, Yang and his team turned to microbubbles, commonly used in medicine to enhance contrast in ultrasound imaging. 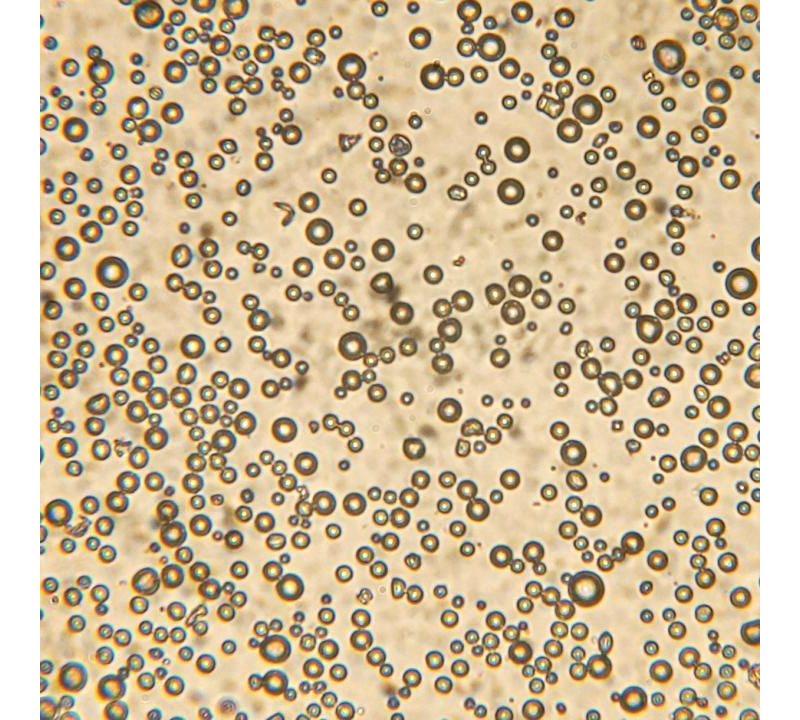 The gas-filled microbubbles are encapsulated by thin protein shells and have an acoustic refractive index–a property that affects how sound waves propagate through a medium–different from that of living tissue. As a result, they respond differently to sound waves. “You can use ultrasound to make microbubbles rapidly contract and expand, and this vibration helps distinguish them from surrounding tissue because it causes them to reflect sound waves more effectively than biological tissue,” says Haowen Ruan, a postdoctoral scholar in Yang’s lab.

Yang, Ruan, and graduate student Mooseok Jang developed a novel technique called time-reversed ultrasound microbubble encoded (TRUME) optical focusing that utilizes the mismatch between the acoustic and optical refractive indexes of microbubbles and tissue to focus light inside the body. First, microbubbles injected into tissue are ruptured with ultrasound waves. By measuring the difference in light transmission before and after such an event, the Caltech researchers can modify the wavefront of a laser beam so that it is focuses on the original locations of the microbubbles. The result, Yang explains, “is as if you’re searching for someone in a dark field, and suddenly the person lets off a flare. For a brief moment, the person is illuminated and you can home in on their location.” 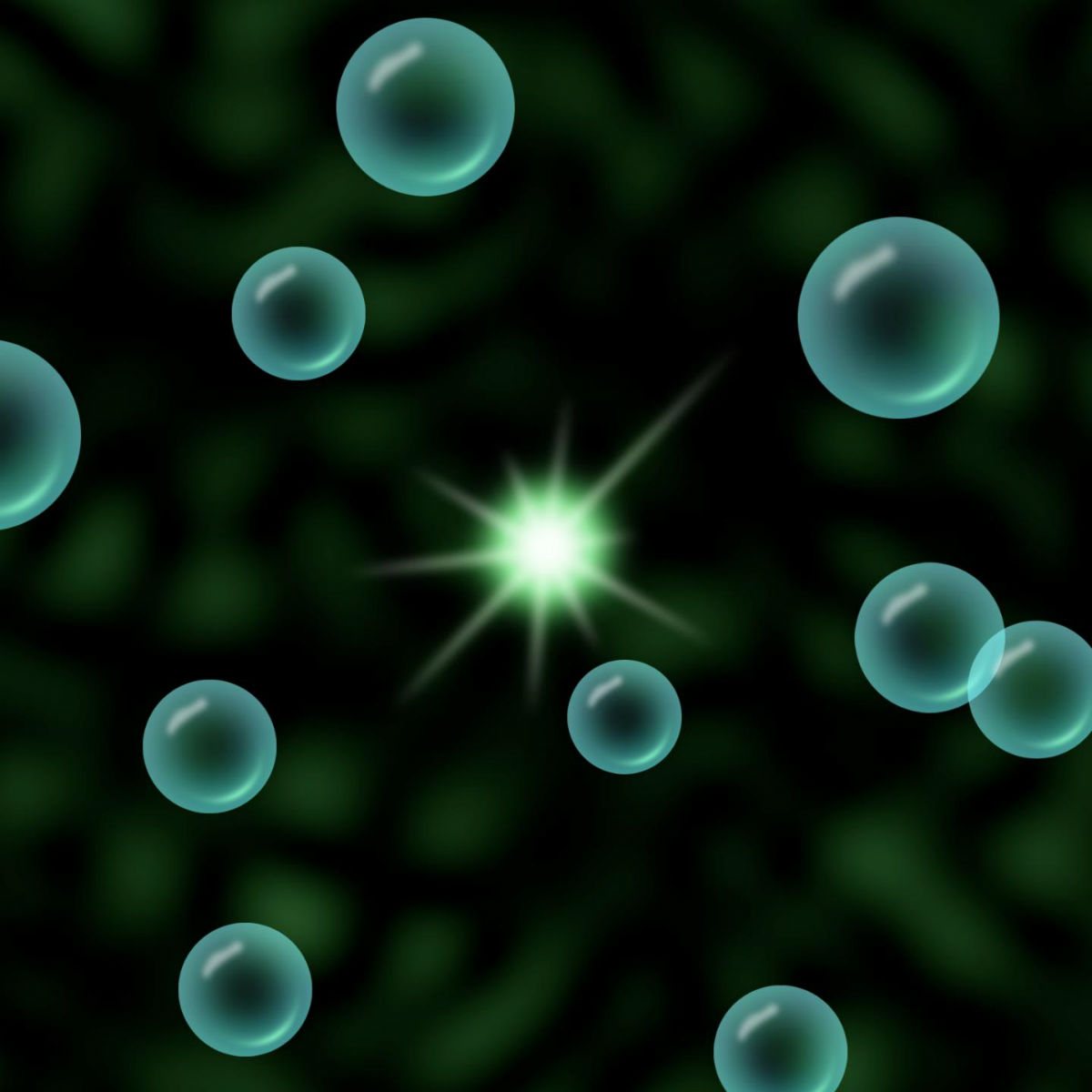 This image shows popping of a microbubble by ultrasound induces optical field change that can be detected by the dedicated optical system. An optical field is then created based on the measured optical information and sent back to the sample to enable optical focusing on the destroyed microbubble.

In a new study, published online November 24, 2015, in the journal Nature Communications, the team showed that their TRUME technique could be used as an effective “guidestar” to focus laser beams on specific locations in a biological tissue. A single, well-placed microbubble was enough to successfully focus the laser; multiple popping bubbles located within the general vicinity of a target functioned as a map for the light.

“Each popping event serves as a road map for the twisting light trajectories through the tissue,” Yang says. “We can use that road map to shape light in such a way that it will converge where the bubbles burst.”

If TRUME is shown to work effectively inside living tissue–without, for example, any negative effects from the bursting microbubbles–it could enable a range of research and medical applications. For example, by combining the microbubbles with an antibody probe engineered to seek out biomarkers associated with cancer, doctors could target and then destroy tumors deep inside the body or detect malignant growths much sooner.

An optical focus is created through a piece of 2-mm thick biological tissue by using the reported technique. Scale bar 10 microns.

“Ultrasound and X-ray techniques can only detect cancer after it forms a mass,” Yang says. “But with optical focusing, you could catch cancerous cells while they are undergoing biochemical changes but before they undergo morphological changes.”

The technique could take the place of other of diagnostic screening methods. For instance, it could be used to measure the concentrations of a protein called bilirubin in infants to determine their risk for jaundice. “Currently, this procedure requires a blood draw, but with TRUME, we could shine a light into an infant’s body and look for the unique absorption signature of the bilirubin molecule,” Ruan says.

In combination with existing techniques that allow scientists to activate individual neurons in lab animals using light, TRUME could help neuroscientists better understand how the brain works. “Currently, neuroscientists are confined to superficial layers of the brain,” Yang says. “But our method of optical focusing could allow for a minimally invasive way of probing deeper regions of the brain.”