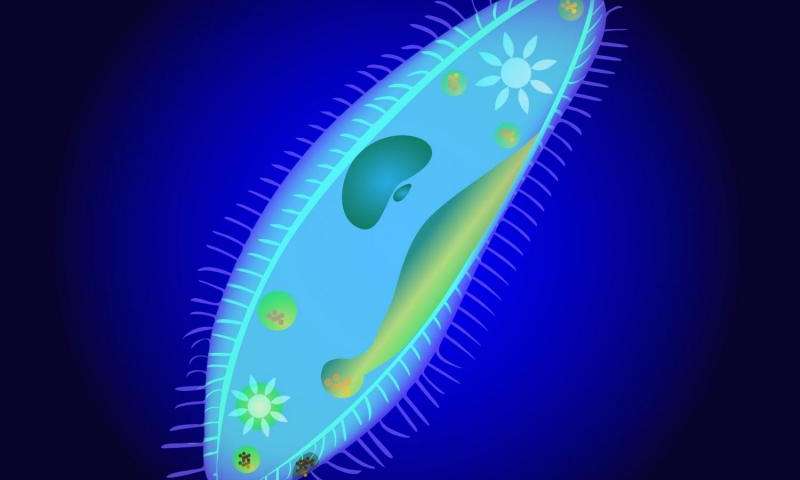 A revolutionary design mimics the rowing action of the cilia on single-celled Paramecium, demonstrating much faster movement than conventional microrobots.

Researchers based at South Korea’s Daegu Gyeongbuk Institute of Science and Technology (DGIST) have designed microrobots that mimic the rowing action of the cilia present on the single-celled Paramecium; an organism common in stagnant water and ponds.

Microrobots offer a wide range of potential treatments in healthcare, from delivering drugs to target sites to fighting heart disease and cancer. These robots, typically a few hundred micrometres (μm) long, are most commonly controlled via the manipulation of magnetic fields.

Usually these microrobots are powered using a propeller-like tail, where the bending of the tail both powers the robot and can be used to alter direction.

The team at DGIST made a microrobot that is 220 μm long (roughly the thickness of a sturdy sheet of paper) and 60 μm high (the diameter of an average human hair), which mimics the ciliary movement of Paramecium using eight 75 μm-long cilia on each side of its body.

The microrobots were built up from a glass substrate using a 3D laser lithography system, and later partially coated with nickel and titanium deposits. They were then remotely triggered to move and orientate with magnetic fields from eight electromagnetic coils.

One challenge of moving while immersed in fluid is described by the so-called “scallop theorem”, where, if any movement forward is mirrored backwards, the object will remain in its original position. If one thinks of a rowing boat: if the oars were not removed from the water during the recovery phase, they would move the boat back to its starting point following the drive.

To overcome this problem with their microrobot, the researchers applied a different magnetic field to the cilia during the recovery phase, changing their orientation relative to the power stroke and allowing the robot to be efficiently moved forward.

The microrobots were tested in a purified water and silicon oil mixture, and demonstrated average speeds of 340 μms-1 (about 1.5 times the microrobot’s length per second). This is between 8.6 and 25.8 times faster than the team’s previous microrobots that move using magnetic attraction.

“We’ll continually strive to experiment on microrobots so that they can move efficiently and operate well in the human body,” concludes Professor Choi Hongsoo, leader of the team at DGIST. “By mimicking the cilia’s asymmetric movement, we’ve demonstrated something that’s never been shown before.”

The next phase will be to carry out further in vitro and in vivo tests, with the longer-term goal of making these robots available for use in a range of medical treatments.