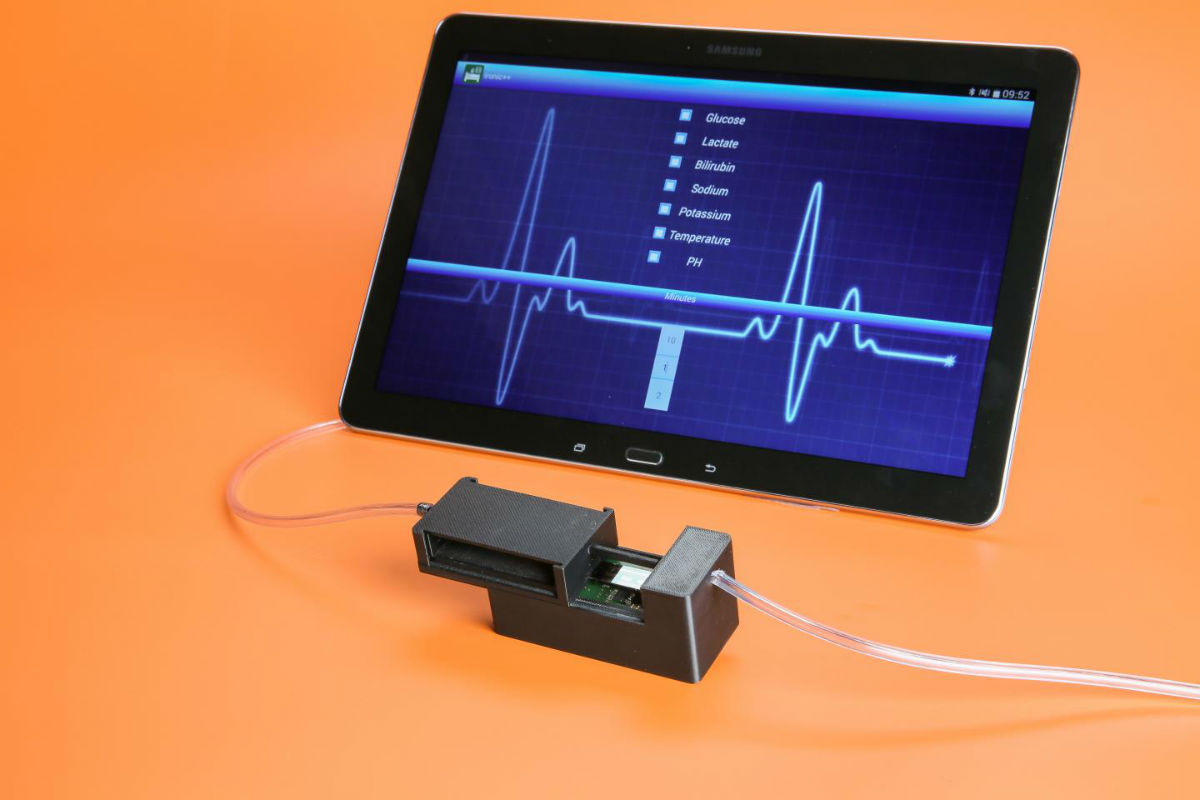 This picture shows a device developed at EPFL that is capable of monitoring in real-time 5 vital substances for patients in ICU. Back: preview of the tablet app designed to monitor the values. (Credit: Alain Herzog / EPFL 2015)

No larger than a pack of chewing gum, the prototype developed by EPFL’s Integrated Systems Laboratory (LSI) is deceptively simple in appearance. But this little black case with two thin tubes sticking out contains some real miniaturized high-tech wonders. “We embedded biosensors in it to measure several different substances in the blood or blood serum along with an array of electronics to transmit the results in real time to a tablet via Bluetooth,” said Sandro Carrara, an LSI scientist.

Capable of being connected to a drainage tube that’s already in place, the new system is much less invasive than the many monitoring devices that it’s designed to replace. It keeps constant tabs on the blood levels of five substances: metabolites (glucose, lactate and bilirubin) and ions (calcium and potassium), all of which indicate changes in the condition of intensive-care patients.

“Nowadays, several of these levels are measured periodically. But in some cases, any change in level calls for an immediate response, something that is not possible with the existing systems,” said Dr. Carrara. 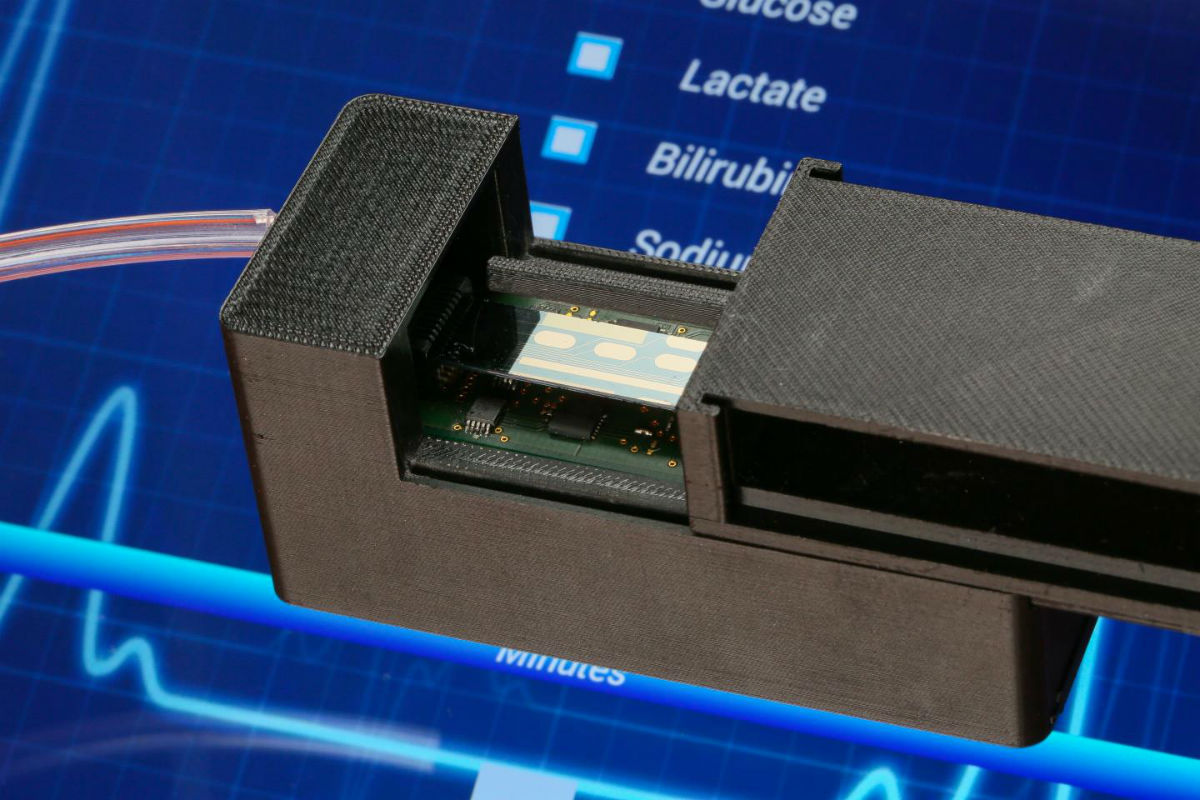 This picture shows a device developed at EPFL that is capable of monitoring in real-time five vital substances for patients in ICU. Back: preview of the tablet app designed to monitor the values. (Credit: Alain Herzog / EPFL 2015)

Building on this principle, up to 40 molecules could be monitored in real time. This advance will drastically reduce the number of machines cluttered around patients – an obvious practical advantage for the medical staff, not to mention the psychological boon for loved ones.

The prototype, which was made with a 3D printer, has been successfully tested on rodents. Discussions are now under way for tests to be carried out at the University Hospital of Lausanne (CHUV). And a number of manufacturers have already expressed serious interest in developing this device. “We could hit the market in two to three years,” said Dr. Carrara.

This progress towards more precise and effective medicine was achieved under the Nano-Tera initiative, which is financed by the Swiss government. The device was unveiled on October 22nd in Atlanta at the 2015 BioCAS Conference.