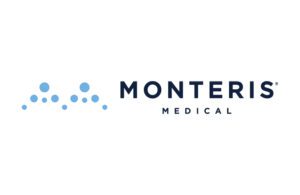 On the heels of a coverage update from health insurance giant Aetna, Monteris Medical has achieved a similar win from Anthem when it comes to epilepsy patients gaining access to Monteris’ NeuroBlate system.

“It provides patients and physicians the minimally invasive NeuroBlate System as an alternative for those who may be a viable surgical candidate, but do not want to undergo an open, more invasive, surgical resection,” Monteris Medical CEO Martin Emerson said in a news release.

The NeuroBlate surgical system is minimally invasive and robotic. It uses lasers to ablate brain lesions.

Monteris appears to have overcome challenges after starting the year with FDA labeling a recall as Class I. The recall involving unexpected heating and damage to the tip of the probe when it interacted with an MRI. Monteris Medical resolved the heating issue in October when it received FDA clearance for a laser probe with fiber optic controlled cooling to use in the NeuroBlate system. The probe replaced a metal thermocouple inside the laser probe, and enabled Monteris to lift MR scan restrictions.