MRI shows surprising differences in brain structure among adult earthquake survivors with and without post-traumatic stress disorder (PTSD), according to a new study appearing online in the journal Radiology.

PTSD is an anxiety disorder triggered by a traumatic event resulting in serious physical injury or with the potential to cause serious physical injury. According to the National Institute of Mental Health, up to 6.8 percent of U.S. adults will experience PTSD in their lifetime. Symptoms can include strong and unwanted memories of the event, bad dreams, emotional numbness, intense guilt or worry, angry outbursts, feeling “on edge,” and avoiding thoughts and situations that are reminders of the trauma. 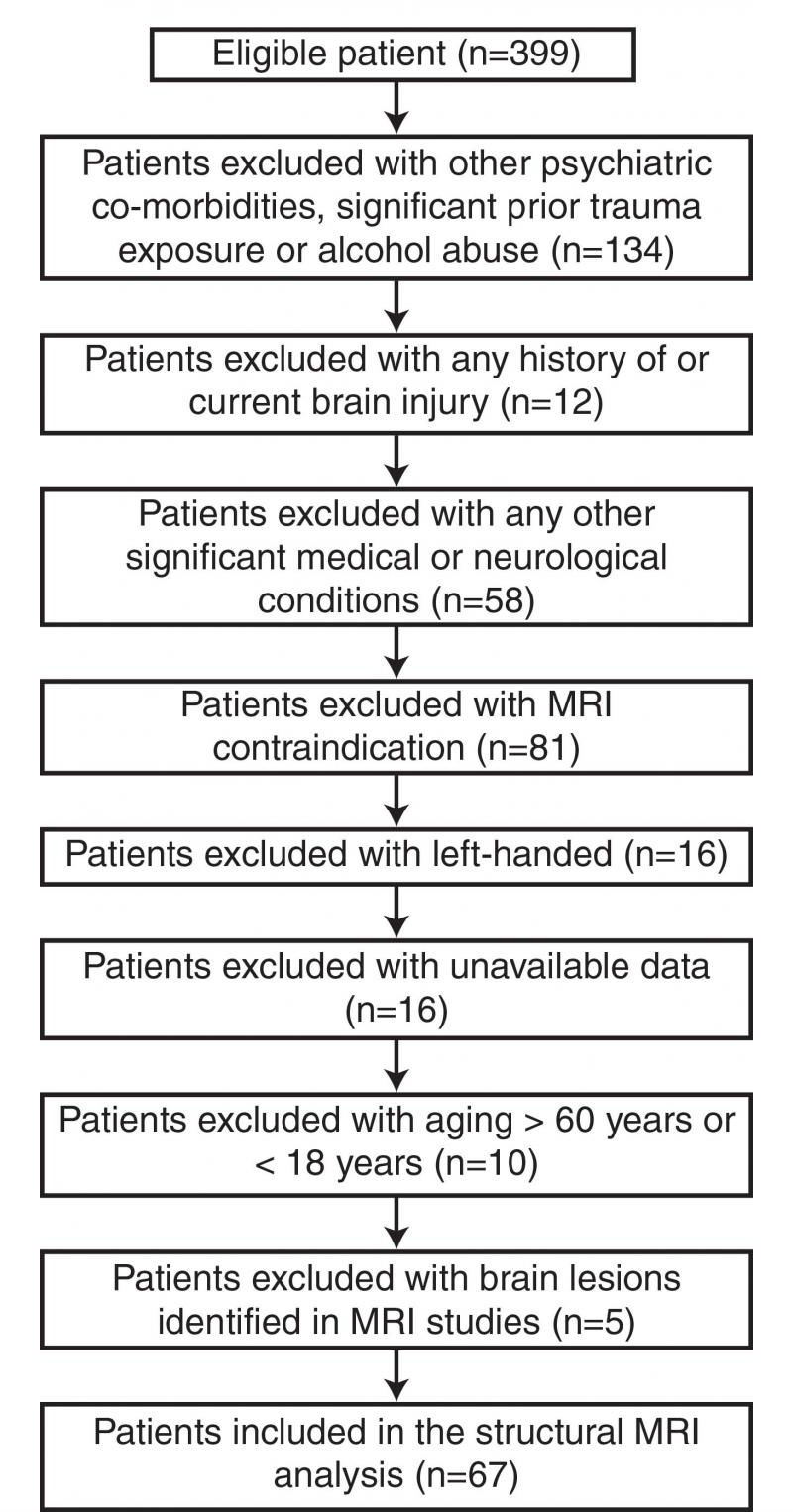 For the study, the researchers aimed to explore cerebral alterations related to the emergence of PTSD, and to explore the relationship between abnormalities or structural changes in the brain and the clinical severity and duration of time since the trauma.

Patients were recruited from a large-scale survey of 4,200 earthquake survivors. The inclusion criterion for all screened survivors was direct exposure to the massive destruction, medical injury and deaths from the earthquake.

“It is particularly important to compare PTSD patients to similarly stressed individuals in order to learn about the specific brain alterations directly related to PTSD that occur above and beyond general stress responses,” said the study’s senior author, Qiyong Gong, M.D., Ph.D., from Huaxi MR Research Center at West China Hospital of Sichuan University in Chengdu, China. 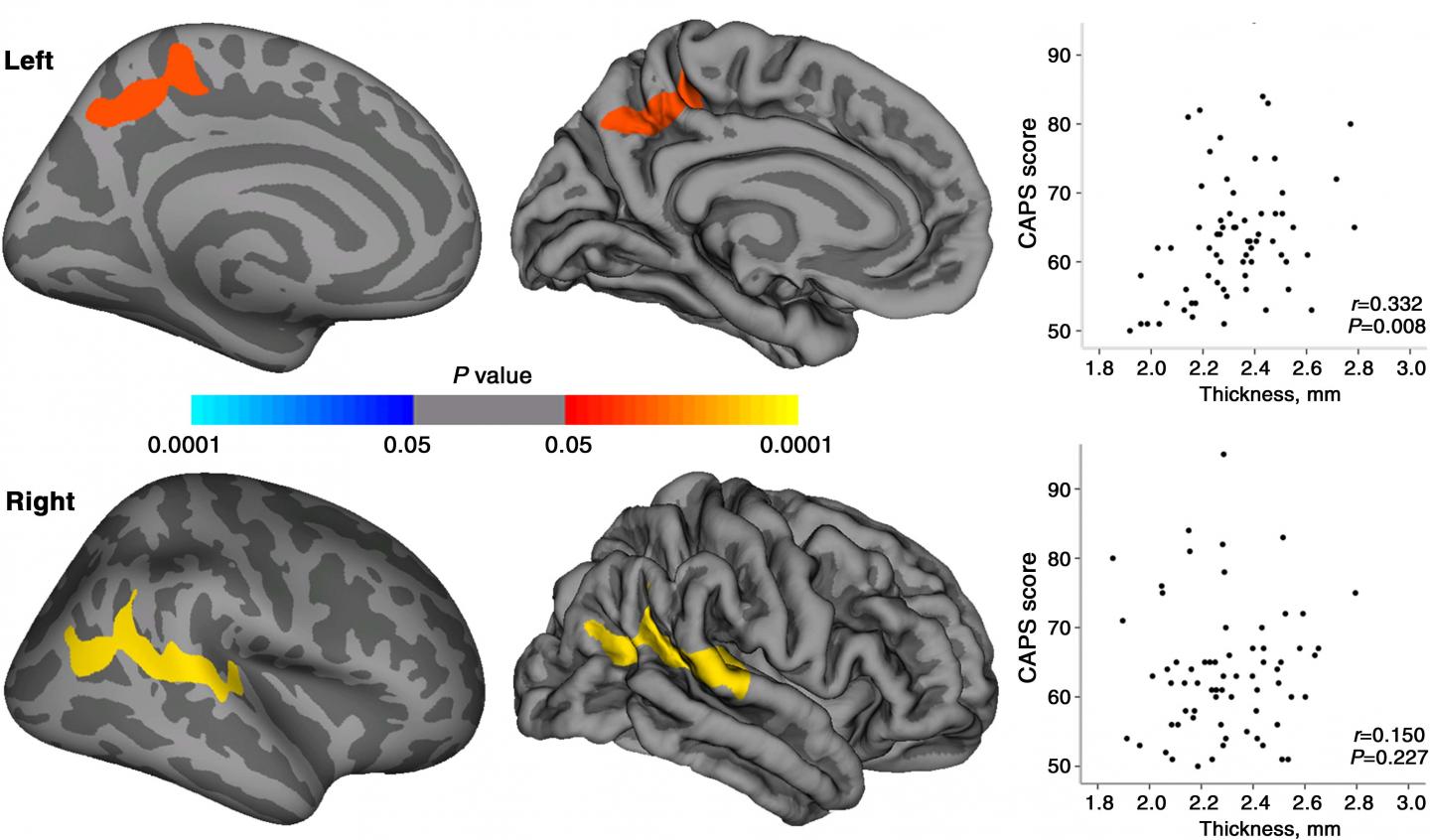 The patients were initially evaluated using the Clinician-Administered PTSD Scale (CAPS) by trained earthquake support psychologists, and those with a CAPS score of ?50 were further evaluated by a psychiatrist to determine the presence or absence of PTSD and other psychiatric diagnoses. Patients with a history of psychiatric disorder before the earthquake, drug dependence or other relevant medical conditions were excluded from the study.

Ultimately, the study included 67 PTSD patients and a matched group of 78 healthy survivors. All participants underwent MRI scanning on a 3.0T MRI system.

“Our results indicated that PTSD patients had alterations in both gray matter and white matter in comparison with other individuals who experienced similar psychological trauma from the same earthquake,” Dr. Gong said. “Importantly, early in the course of PTSD, gray matter changes were in the form of increased rather than decreased cortical thickness, as opposed to most reported observations from other studies of PTSD. This might result from a neuroinflammatory or other process that could be related to endocrine changes or a functional compensation.” 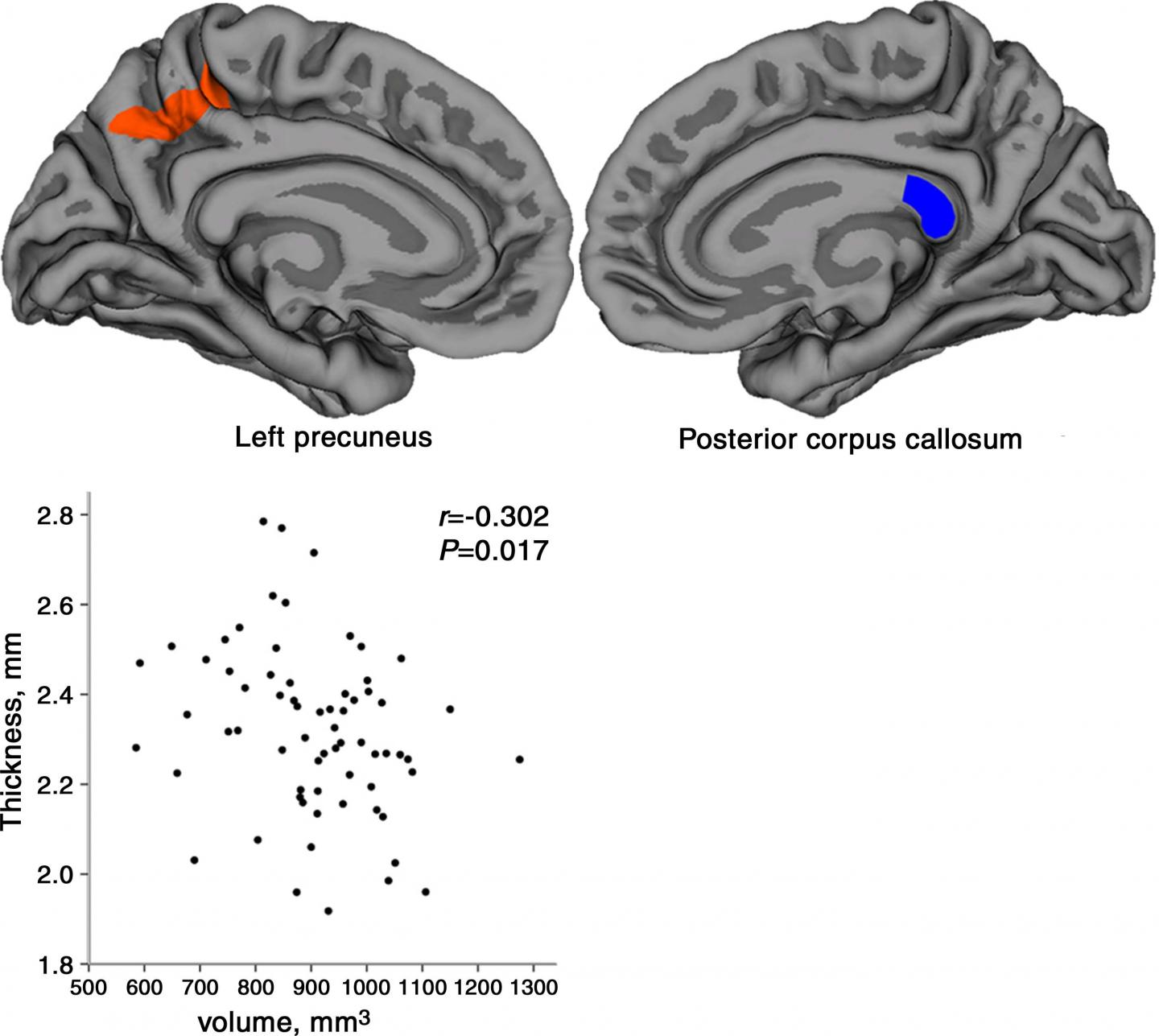 Location diagrams and relationship scatterplot of the left precuneus and the posterior portion of corpus callosum of the regions that were found to be significant in this study. Scatterplot shows the averaged cortical thickness in the left precuneus and volume of the posterior portion of corpus callosum for patients with PTSD. (Credit: Radiological Society of North America)

Dr. Gong added that the left precuneus is well known to be important in visual processing and is more active in PTSD patients during memory tasks. “It’s possible that changes in the precuneus may comprise a neural alteration related to visual flashback symptoms in PTSD,” he said.

According to the researchers, the study findings have important potential clinical value for identifying individuals who are likely to develop persistent PTSD after experiencing a devastating event.