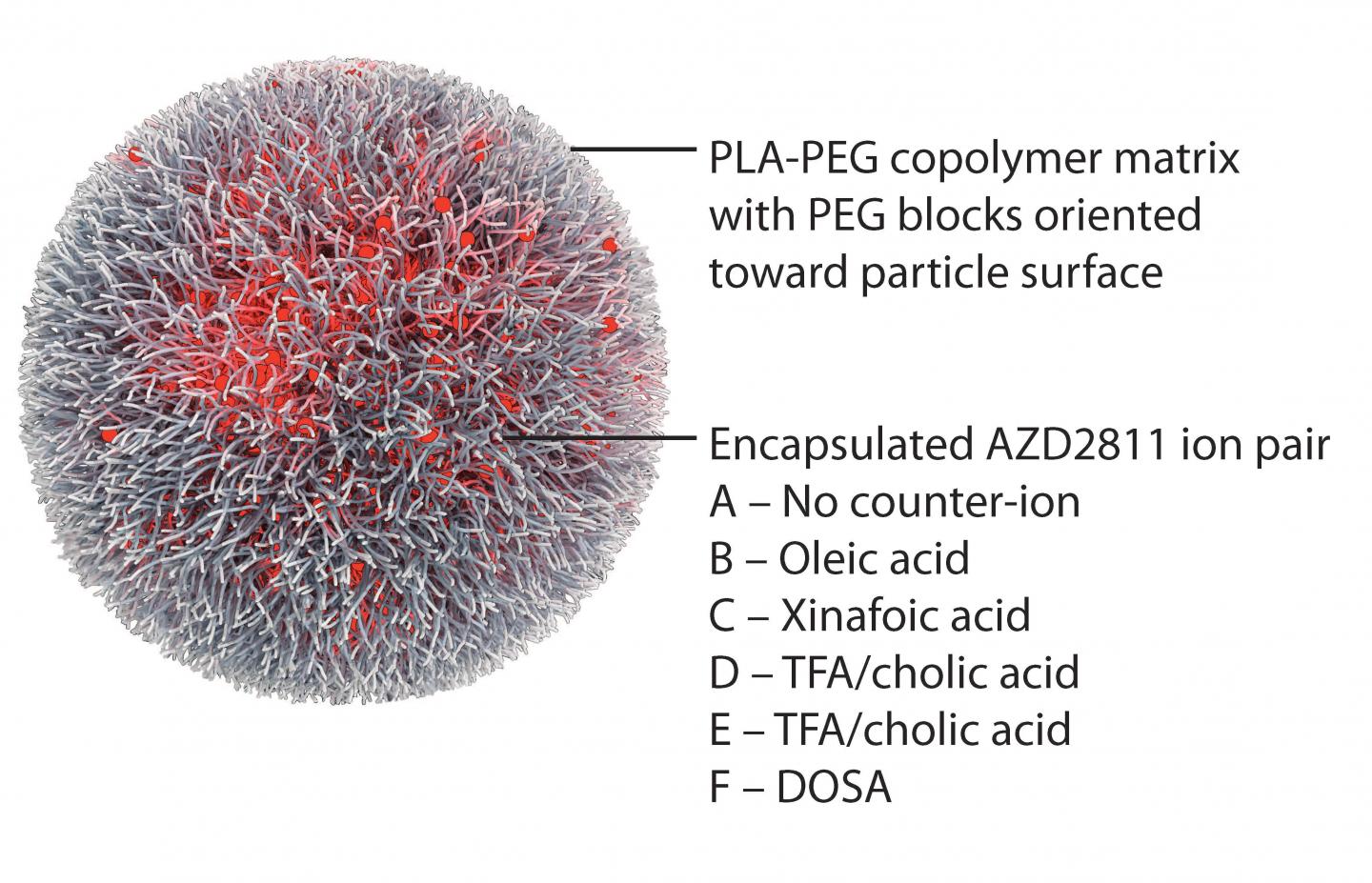 The polymeric nanoparticle Accurin encapsulates the clinical candidate AZD2811, an Aurora B kinase inhibitor. This material relates to a paper that appeared in the Feb. 10, 2016 issue of Science Translational Medicine, published by AAAS. The paper, by S. Ashton at institution in location, and colleagues was titled, “Aurora kinase inhibitor nanoparticles target tumors with favorable therapeutic index in vivo.” (Credit: Ashton et al., Science Translational Medicine (2016)

In one of the first efforts to date to apply nanotechnology to targeted cancer therapeutics, researchers have created a nanoparticle formulation of a cancer drug that is both effective and nontoxic — qualities harder to achieve with the free drug. Their nanoparticle creation releases the potent but toxic targeted cancer drug directly to tumors, while sparing healthy tissue. The findings in rodents with human tumors have helped launch clinical trials of the nanoparticle-encapsulated version of the drug, which are currently underway. Aurora kinase inhibitors are molecularly targeted agents that disrupt cancer’s cell cycle. While effective, the inhibitors have proven highly toxic to patients and have stalled in late-stage trials. Development of several other targeted cancer drugs has been abandoned because of unacceptable toxicity. To improve drug safety and efficacy, Susan Ashton and colleagues designed polymeric nanoparticles called Accurins to deliver an Aurora kinase B inhibitor currently in clinical trials. The nanoparticle formulation used ion pairing to efficiently encapsulate and control the release of the drug. In colorectal tumor-bearing rats and mice with diffuse large B cell lymphoma, the nanoparticles accumulated specifically in tumors, where they slowly released the drug to cancer cells. Compared to the free drug, the nanoparticle-encapsulated inhibitor blocked tumor growth more effectively at one half the drug dose and caused fewer side effects in the rodents. A related Focus by David Bearss offers more insights on how Accurin nanoparticles may help enhance the safety and antitumor activity of Aurora kinase inhibitors and other molecularly targeted drugs.