Researchers from the Korea Advanced Institute of Science and Technology (KAIST) have developed nanosensors that rapidly analyze the components of exhaled breath to detect trace molecules associated with certain diseases. Their performance and accuracy was improved by designing protein-encapsulated nanocatalysts.

“This new breath gas analysis platform will be very helpful for reducing medical expenditures and the continuous monitoring of physical conditions,” says Il-Doo Kim of KAIST’s Department of Materials Science and Engineering.

Diverse components can be found in human breath, including water vapour, hydrogen, acetone, toluene, ammonia, hydrogen sulphide and carbon monoxide. Some of these components are closely related to conditions such as asthma, lung cancer, type I diabetes and chronic bad breath.

It has been challenging to design breath sensors that react only to specific biomarkers because there are thousands of gases in exhaled breath that can interfere with results. Furthermore, the same component can be linked to multiple conditions.

The researchers developed a new sensing platform to improve sensor sensitivity and selectivity. They used apoferritins, which are proteins with hollow nanocage structures, to encapsulate tiny nanocatalyst particles. The encapsulated catalysts were added to the primary sensing nanofibre, which is made of a semiconductor metal oxide.

The team used a method called ‘electrospinning’, in which a solution containing the catalyst nanoparticles, metal salts and matrix polymer is injected onto a surface under high-voltage electric fields to make one-dimensional nanofibres. Then, a high temperature process results in consistent nanofibres with large surface areas and pores, and catalysts evenly distributed along the semiconductor metal oxide nanofibres.

Sensors containing the catalyst-loaded metal oxide nanofibres were very sensitive, detecting biomarkers with a concentration of one part per million in an exhaled breath within ten to 50 seconds. The researchers attribute this heightened sensitivity to the increased surface area available for reactions to take place between the target molecule and the sensor. The sensors were also highly selective. The nanofibres reacted primarily with the target biomarker thanks to the alloy catalysts containing two types of metals rather than just one type. These catalysts with unique metal combinations can help establish ‘sensing libraries’ for various biomarkers.

The team created a mobile sensor platform that can analyse exhaled breath molecules collected in a gas-sampling bag and then send the results to a smartphone. A few issues remain before breath-based diagnosis platforms can be fully deployed, such as differentiating between two disorders that share a biomarker.

The results of this study were selected as the front cover feature article of the July 2017 issue of Accounts of Chemical Research and the September 2017 issue of Advanced Materials. 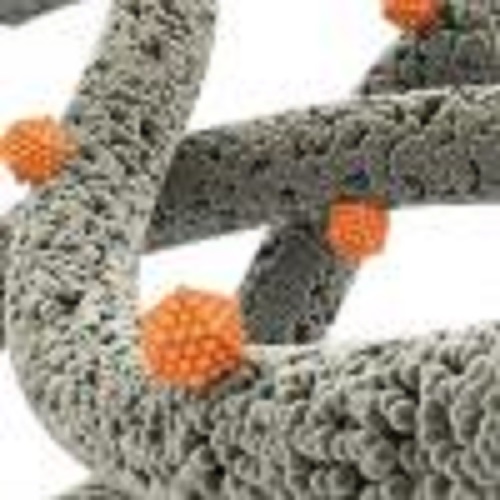