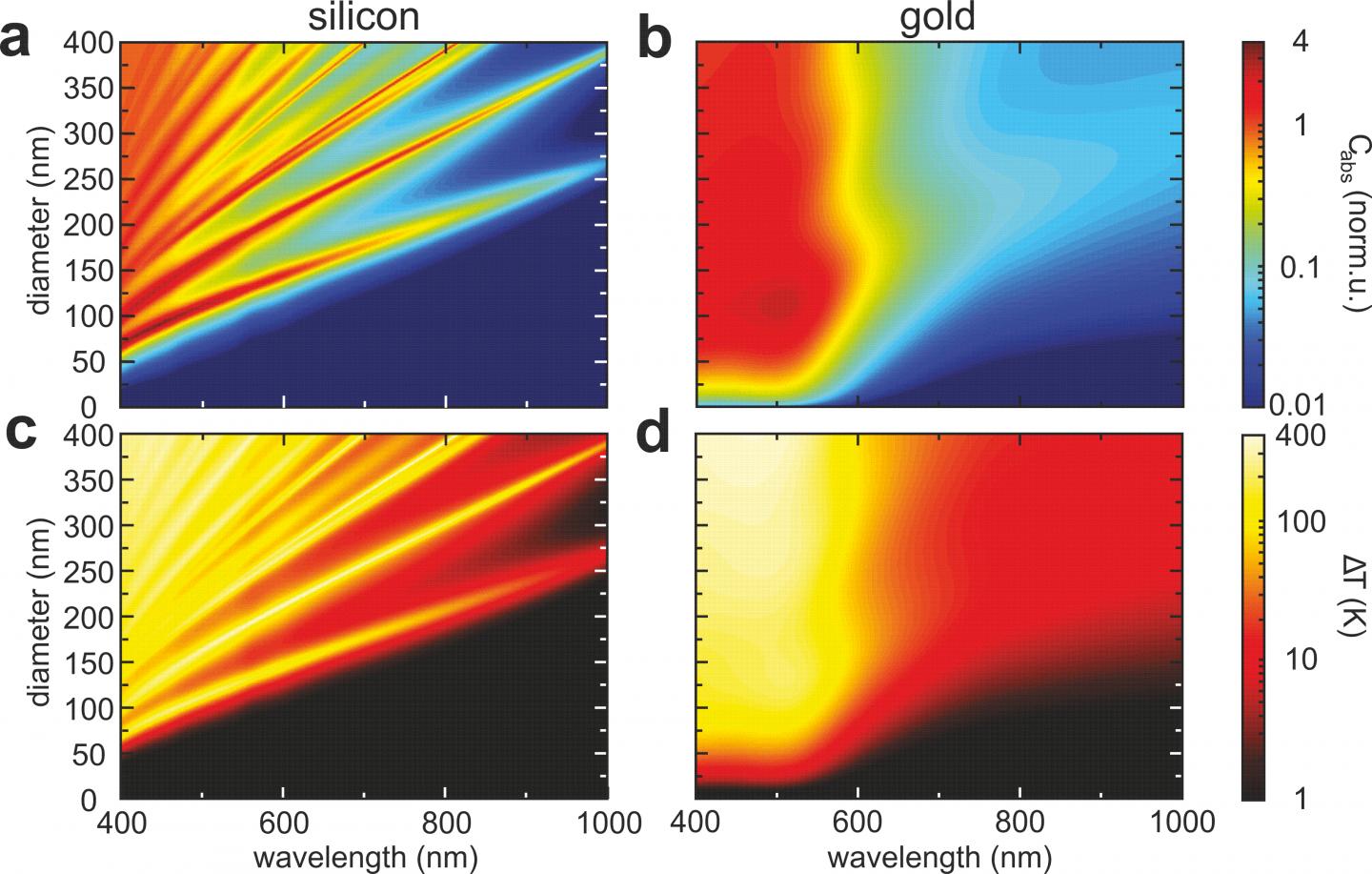 Russian physicists from ITMO University have found out that spherical silicon nanoparticles can be effectively heated up, and simultaneously emit light depending on their temperature. According to the scientists, these properties coupled with a good biocompatibility will allow usage of the semiconductor nanoparticles in photothermal therapy and nanosurgery. The researchers plan to control the heating of the silicon particles in the future to internally burn cancer cells without affecting healthy tissue. The results appeared in the prestigious journal Nano Letters.

When carrying out photothermal therapy and nanosurgery, doctors inject nanoparticles of biocompatible metals, such as gold, into a human body, concentrate them on a tumour and irradiate them with a laser. Biological tissues are transparent for infrared light, but metal nanoparticles absorb it well and convert it into heat that burns cancer cells. However, measuring a local temperature of gold nanoparticles is an extremely difficult task that, if not properly done, could lead to overheating and damage of healthy tissue. Scientists continue searching for biocompatible substances able to heat up and simultaneously inform about their temperature.

Physicists from ITMO University have found such a material in silicon. As the new study shows, resonant silicon nanoparticles are heated up even faster than golden ones due to the better resonant properties and, in contrast, can signal about their temperature by scattering light with different wavelength. Such scattering effect is known in optics as Raman scattering. Moreover, this optical response can be registered without complex devices or vacuum systems that are required to capture signals from metals.

“Golden nanoparticles are widely used in photothermal therapy, photochemistry and nanosurgery. But the optical response of such agents does not give information about how much they are heated, because metals never re-emit Raman light signal. At the same time, it was known that silicon has an optical response that strongly changes with temperature. But no one imagined that a silicon nanoparticle can be used as an efficient heater, since it has significantly less optical losses than gold,” says George Zograf, graduate student of Department of Nano-Photonics and Metamaterials at ITMO University.

Meanwhile, in contrast to the golden nanospheres, the tested silicon particles were four times more efficient in converting laser radiation into heat. This would allow changing the nanoparticles’ temperature using a less powerful laser beam without heating nearby healthy tissue.

The researchers believe that the semiconductor nanoparticles can be a cheaper and safer alternative to metal. “In the future, one will be able to kill cancer cells with high precision by heating them with the help of such nanosystems. The real-time optical control of their temperature will prevent healthy cells from uncontrolled overheating,” concludes Sergey Makarov, senior researcher of Department of Nanophotonics and Metamaterials at ITMO University.