Math, biology and nanotechnology are becoming strange, yet effective bed-fellows in the fight against cancer treatment resistance.

Researchers at the University of Waterloo and Harvard Medical School have engineered a new approach to cancer treatment that pits a lethal combination of drugs together into a single nanoparticle.

Their work, published in ACS Nano, finds a new method of shrinking tumors and prevents resistance in aggressive cancers by activating two drugs within the same cell at the same time.

Every year thousands of patients die from recurrent cancers that have become resistant to therapy, resulting in one of the greatest unsolved challenges in cancer treatment. 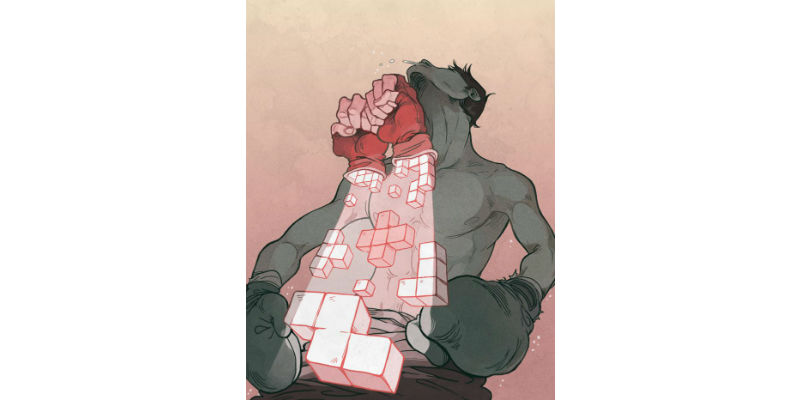 Math, biology and nanotechnology are becoming strange, yet effective bed-fellows in the fight against cancer treatment resistance. (Credit: Gabriel Picolo/University of Waterloo)

By tracking the fate of individual cancer cells under pressure of chemotherapy, biologists and bioengineers at Harvard Medical School studied a network of signals and molecular pathways that allow the cells to generate resistance over the course of treatment.

Using this information, a team of applied mathematicians led by Professor Mohammad Kohandel at the University of Waterloo, developed a mathematical model that incorporated algorithms that define the phenotypic cell state transitions of cancer cells in real-time while under attack by an anticancer agent.

The mathematical simulations enabled them to define the exact molecular behavior and pathway of signals, which allow cancer cells to survive treatment over time.

They discovered that the PI3K/AKT kinase, which is often over-activated in cancers, enables cells to undergo a resistance program when pressured with the cytotoxic chemotherapy known as Taxanes, which are conventionally used to treat aggressive breast cancers.

This window into the life of a cell reveals that vulnerabilities to small molecule PI3K/AKT kinase inhibitors exist, and can be targeted if they are applied in the right sequence with combinations of other drugs.

Previously theories of drug resistance have relied on the hypothesis that only certain, “privileged” cells can overcome therapy. The mathematical simulations demonstrate that, under the right conditions and signaling events, any cell can develop a resistance program.

“Only recently have we begun to appreciate how important mathematics and physics are to understanding the biology and evolution of cancer,” Kohandel said. “In fact, there is now increasing synergy between these disciplines, and we are beginning to appreciate how critical this information can be to create the right recipes to treat cancer.”

Although previous studies explored the use of drug combinations to treat cancer, the one-two punch approach is not always successful. In the new study, led by professor Aaron Goldman, a faculty member in the division of Engineering in Medicine at Brigham and Women’s Hospital, the scientists realized a major shortcoming of the combination therapy approach is that both drugs need to be active in the same cell, something that current delivery methods can’t guarantee.

“We were inspired by the mathematical understanding that a cancer cell rewires the mechanisms of resistance in a very specific order and time-sensitive manner,” Goldman commented. “By developing a 2-in-1 nanomedicine, we could ensure the cell that was acquiring this new resistance saw the lethal drug combination, shutting down the survival program and eliminating the evidence of resistance. This approach could redefine how clinicians deliver combinations of drugs in the clinic.”

The approach the bioengineers took was to build a single nanoparticle, inspired by computer models, that exploit a technique known as supramolecular chemistry.

This nanotechnology enables scientists to build cholesterol-tethered drugs together from “tetris-like” building blocks that self-assemble, incorporating multiple drugs into stable, individual nano-vehicles that target tumors through the leaky vasculature. This two-in-one strategy ensures that resistance to therapy never has a chance to develop, bringing together the right recipe to destroy surviving cancer cells.

Using mouse models of aggressive breast cancer, the scientists confirmed the predictions from the mathematical model that both drugs must be deterministically delivered to the same cell.