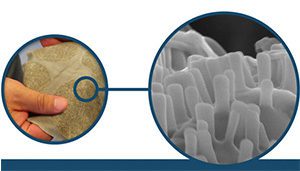 Nanowear’s washable nanosensor technology offers accurate and continuous diagnostic data through a wearable deployment that is unobtrusive to the patient. Courtesy of Nanowear.

Nanowear, which creates cloth-based diagnostic monitoring nanosensor technology, has entered into an exclusive, worldwide supply-chain partnership agreement with The Secant Group for scaled manufacturing and production of its medical-grade cloth-based nanosensor technology. Under the agreement, Nanowear and The Secant Group will have the collective obligation for marketing the technology and associated products.

Nanowear received FDA 510(k) clearance for its remote congestive heart failure monitoring technology, called SimpleSense, in December 2016. Since then, the company has turned its attention to commercialization opportunities, as well as efforts to engage with a manufacturing partner. In related news, the startup also won the Innovation Champion of the Accenture HealthTech Innovation Challenge at the StartUp Health Festival held during JPMorgan’s Healthcare conference on January 8.

Venk Varadan, Nanowear’s CEO and co-founder noted that the company has looked for a partner that could meet very specific materials and textile capabilities for scaled production of the nanosensor technology. He said the group was confident that The Secant Group and its sister company, SanaVita Medical, met those terms.

Varadan spoke at DeviceTalks Boston in 2017 and noted at the time the immense challenges of establishing a novel and proprietary supply chain build with a trusted materials manufacturer. “It has taken months of meetings, creativity and market assessment in establishing this partnership and supply chain build,” he noted in an e-mail interview.

While Varadan said they still have a long way to go, the new partnership is a huge step in the growth of the young company. “Secant is a perfect fit in terms of design, development, and manufacturing of medical device components and specifically, biomedical textiles, in an ISO 13485 certified facility.  SanaVita Medical brings contract manufacturing and medical device processing services including finishing and assembly, packaging and labeling, and regulatory registration and compliance as an FDA-registered facility,” he said.

Nanowear will continue its efforts in pre-commercialization development of the Nanowear undergarment and alert analytics product in congestive heart failure management. The Secant Group will be responsible for scaling product inventory as the company plans to commence a large clinical trial in 2018.

John D’Ottavio, senior vice president operational strategy and innovation at The Secant Group said Nanowear’s bold vision was alluring in the partnership. “After spending months with the Nanowear team, we are even more enthusiastic about the numerous use cases already identified for a medical-grade cloth-based sensor and analytics platform.”

Varadan said the partnership will allow his group to expand its technology beyond heart failure, into other medical applications and beyond. “We now have the opportunity to effect high volume sensor and analytic applications not only in diagnostic and disease management verticals but also in military, industrial safety, automotive, and clinical research,” says Varadan.

“Most importantly,” said Varadan, the groups align with a vision of “the evolution of the connected-self and materials-based digital health diagnostic solutions.”