A wonderful thing about basic research is its tendency to produce advances researchers hadn’t anticipated. Cognitive neuroscientist Sarah Laszlo, for instance, found her early childhood learning studies took an unexpected jump into the worlds of security and identity verification.

Laszlo’s research at Binghamton University, State University of New York, uses electroencephalography (EEG) to measure children’s brain activity as they learn to read. Through collaboration with colleagues, however, she found the work also offered a potential breakthrough in biometrics — physical attributes, like fingerprints, that can be used to verify people’s identities. 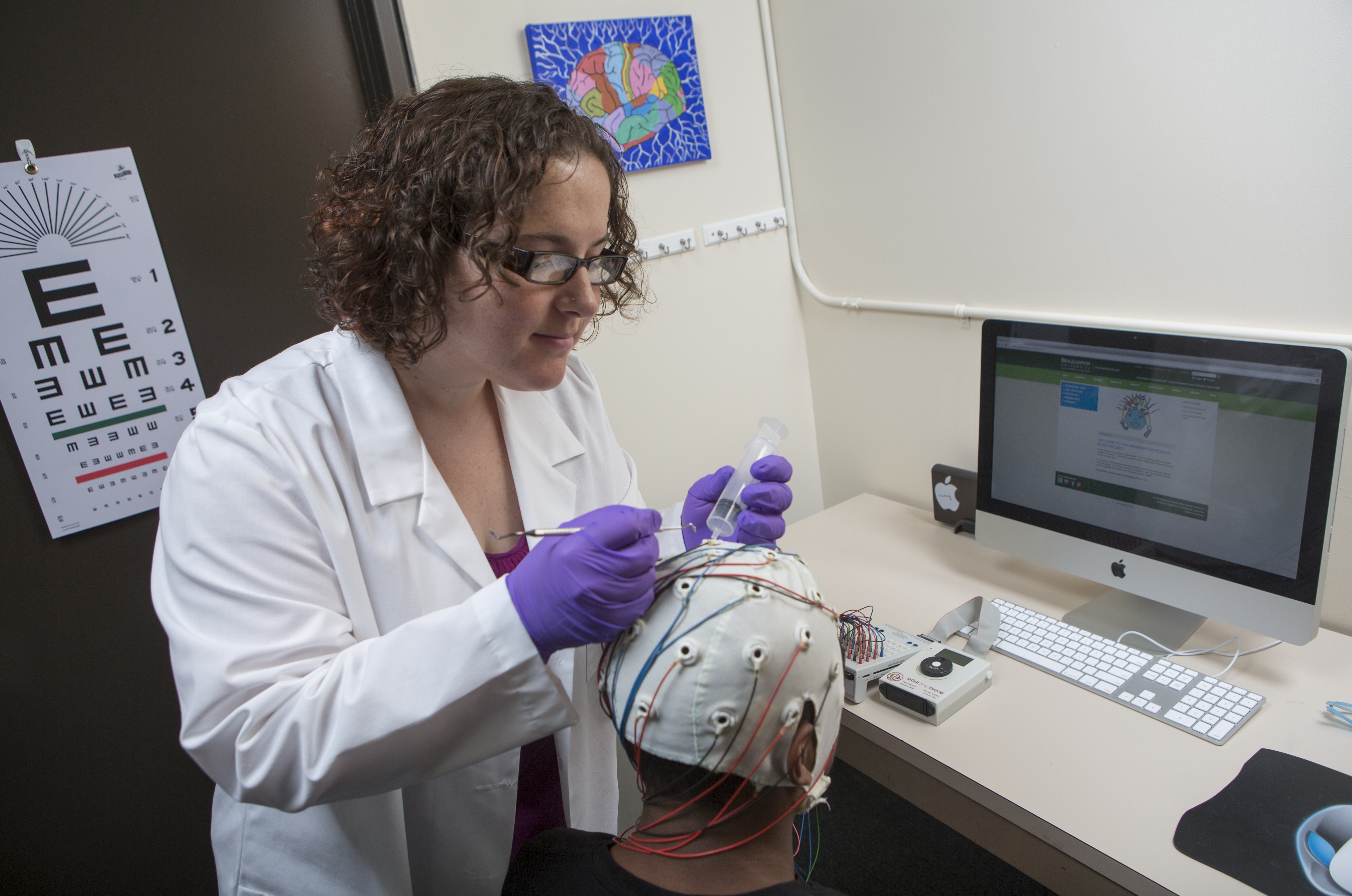 Advancements over the past decade have revolutionized what EEG can tell researchers. Improvements in underlying technologies (e.g., size, comfort, and portability of sensors, the ability to measure the signal, and the ability to analyze large amounts of data) allow Laszlo and her colleagues to follow individual children’s development over time. Those new advantages have created opportunities to study an important area of learning development: reading.

“Previous research in this area predominantly focused on comparing groups of people, but when we are following an individual, we can begin to predict, on a child-by-child basis, who will develop problems reading in the future, at least two years in advance,” she said. “That gives us a lot of extra time to help that child before problems become noticeable.”

The ability to predict future problems with reading would provide an important tool for researching and preventing development of these issues. Research has shown that intervention can effectively help children with dyslexia and other reading disabilities — but that intervention must take place early, usually before second grade. Even attentive caregivers can have difficulty recognizing when a child has reading troubles before first or second grade.

“We are working toward developing a type of reading ability screening test that could be used how a hearing test is used now,” Laszlo said. “Having a predictive test would double or triple the time period for an effective intervention.”

Her lab studies children ages 4 to 14 who fall across the spectrum of reading ability, from gifted to dyslexic readers. She takes repeated recordings of brain activity while a child reads. Her lab is now beginning to understand characteristics that, when taken together, represent red flags discernable early enough in brain development (say in a four year old who has just barely started to understand letters) to allow for a predictive test and early intervention.

“If we can identify kids that will be dyslexic and help them before they even have a problem, it is really a big deal,” Laszlo said. “I am excited by the promise this research has to prevent problems for kids and protect them from experiencing negative life-long effects of reading problems.”

When her individualized brain readings over different time points caught the attention of bioengineer Zhanpeng Jin, a colleague across SUNY Binghamton’s campus, Laszlo’s research jumped in a new, direction. Jin studies biometrics and thought Laszlo’s brain activity readings could be used as a brain-based, biometric.

Using brain readings as a security measure to prevent identity theft has several advantages over other biometrics like fingerprints or retinal scans. For example, they cannot be copied surreptitiously or taken from someone who is deceased. Brain readings could prove a game-changer for the security industry. But brain readings can only be useful if they are extremely reliable; a measure that only recognizes an individual most of the time would not work as a security device because people would get locked out of their own devices and offices.

Laszlo, Jin, and their colleague, Maria V. Ruiz-Blondet, decided to explore whether they could perfect this approach by measuring brain activity in adults who were either focusing on a recurring, easily remembered, thought or looking at specific images of different foods, words, 3D designs and celebrity faces.

By analyzing brain activity response to visual and thought stimuli, Laszlo said “We can identify the individual with 100 percent accuracy. When Zhanpeng first came to me with the idea, I honestly didn’t think it would work. It’s amazing.”