AVACEN Medical (AVACEN) announced its AVACEN 100, Class-IIa, OTC medical device has received the CE (Conformité Européenne) Mark approval to treat widespread pain associated with fibromyalgia.  The CE Mark allows AVACEN to market the AVACEN 100 to the European Union’s 28 member countries where many prescription drugs, available in the U.S., have been rejected by regulatory officials for treating fibromyalgia pain.

Fibromyalgia is characterized by chronic widespread pain. It affects approximately 200 to 400 million people worldwide according to The National Fibromyalgia Association and an estimated 14 million people in Europe according to the European Network of Fibromyalgia Associations (ENFA). It has a devastating impact on those who suffer from the disease and their personal support systems. In addition, it imposes a large economic burden on public and private healthcare providers. 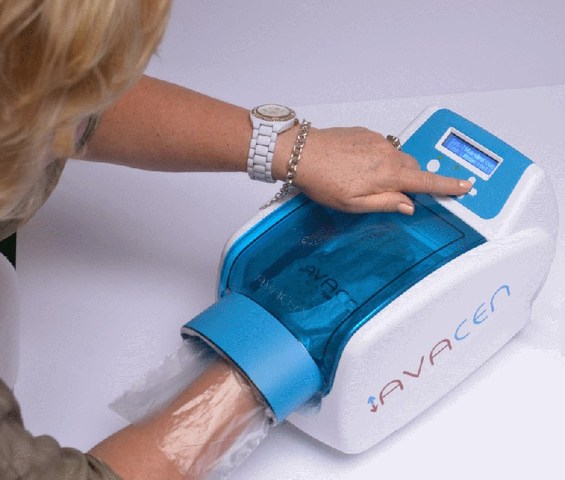 AVACEN Medical, CEO Thomas Muehlbauer, described the AVACEN 100 as: “the only OTC medical device on the market today able to provide non-invasive, rapid whole body treatment, using a single point of contact. It is the ideal drug-free and safe alternative for relief of muscle and joint pain.” Muehlbauer added, “The most exciting aspect of CE approval is that the E.U. market has shown high demand and acceptance for innovative new alternatives to pharmaceuticals for treating chronic pain.”

CE approval for fibromyalgia treatment was based on a Clinical Evaluation Report, which highlighted AVACEN’s very promising 22-person fibromyalgia study. One hundred percent (100%) positive results were recorded for the full therapeutic treatment group. The AVACEN study was conducted under a Cooperative Research Development Agreement with the U.S. Department of Veterans Affairs at the University of California San Diego Center for Pain Medicine, Perlman Medical Center and the VA Medical Center, San Diego.

The Society for Neuroscience 2013 Annual Meeting abstract program disclosed the 28-day AVACEN follow-up study produced a statistically significant reduction of over 40% in the widespread pain index and a reduction in average tender point counts from approximately 15 to 9 (11 is used for clinical assessment). Study details are published on the National Institutes of Health – ClinicalTrials.gov website.