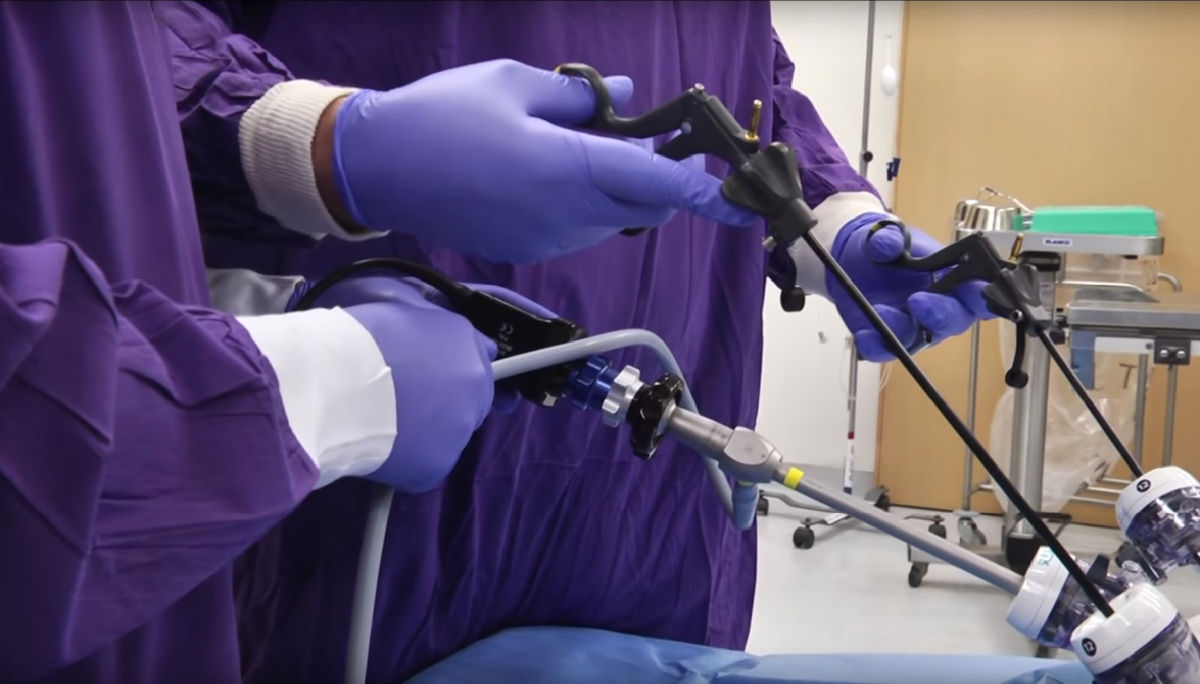 Laparoscopic cholecystectomy is a minimally invasive procedure for gallbladder removal, and one of the most common surgical procedures worldwide. While the procedure has a very high success rate, 1 in 200 patients will sustain serious bile duct injury, primarily due to misidentification of the biliary anatomy. With 800,000 procedures carried out in the United States each year, that means in the U.S. alone 4,000 patients will be seriously injured.

Current attempts to simplify bile duct identification rely on the intravascular injection of contrast agents and fluorescent dyes, which significantly increases the duration and complexity of the laparoscopic procedure. For this reason, these technologies are seldom used.

Members of the BioDesign: Medical Innovation program, created by the Hebrew University of Jerusalem and its affiliated Hadassah Medical Center, set out to develop a solution to this problem.

“The laparoscopic procedure is so simple and fast that surgeons are reluctant to make it complex by adding new imaging modalities,” said Dr. Muhammad Adileh, who led the BioDesign team. “We had to find a solution that wouldn’t complicate things by changing the procedure or increasing operation time.”

Partnering with Prof. Yaakov Nahmias, director of the Hebrew University’s Alexander Grass Center for Bioengineering, the team identified a unique spectrum of bile acid absorption. “We found that red light in the visible range is predominantly absorbed by bile acids in the biliary tree,” said Nahmias.

Animal experiments showed the team was able to identify bile ducts just by switching the color and direction of incident light.

“This is a significant discovery,” said Nahmias, “allowing surgeons to carry out the standard laparoscopic procedure and identify bile ducts with a single flip of a button.”

The project, called CholeVision, will culminate in a dedicated laparoscopic tool that would allow surgeons to avoid bile duct injuries and their devastating consequences.

BioDesign: Medical Innovation is a multi-disciplinary, team-based approach to medical innovation, created by the Hebrew University of Jerusalem and its affiliated Hadassah Medical Center. Sponsored by Boston Scientific and the Terumo Medical Corporation, the program takes outstanding medical fellows, bioengineering and business graduate students, and tutors them in the science and practice of bringing a medical innovation to the market.

The program is directed by Prof. Yaakov Nahmias, director of the Alexander Grass Center for Bioengineering at the Hebrew University of Jerusalem, and Prof. Chaim Lotan, director of the Heart Institute at Hadassah Medical Center.