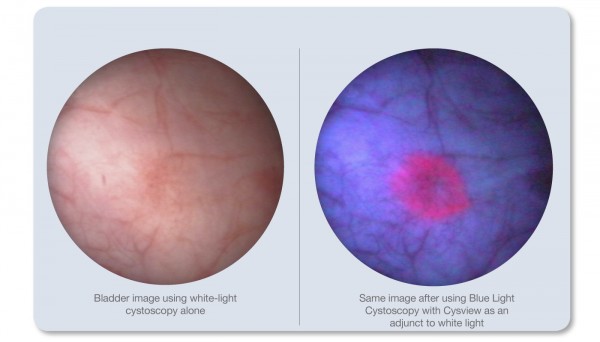 High-intensity focused ultrasound (HIFU) is a breakthrough therapeutic technique used to treat tumors. The principle of this noninvasive, targeted treatment is much like that of focusing sunlight through a lens, using an ultrasonic transducer like a convex lens to concentrate ultrasound into a small focal region.

In an article appearing this week in the Journal of Applied Physics, from AIP Publishing, a multi-institutional team of researchers in China have now designed a semi-enclosed, spherical cavity transducer for potential application in HIFU that can generate a steady, standing-wave field with a subwavelength-scale focal region and extremely high ultrasound intensity.

HIFU concentrates ultrasonic energy into a focal region by using an ultrasonic transducer, which converts electrical signals into sound waves, to raise the temperature within the tumor to above 65 C, killing cells without damaging the surrounding tissue. This therapeutic precision is dependent on the size of the focal region and the intensity of focused ultrasound generated by the transducer.

The numerical simulations modeling the focused fields is key to providing the detailed information needed to estimate the performance of ultrasonic transducers used in HIFU therapy. The lattice Boltzmann method (LBM) modeling the team used is a novel mesoscopic simulation method born at the end of 20th century. While it is different than either the traditional macroscopic flow equation or the microscopic molecular dynamics simulation (MDS), it takes the advantages of both. The LBM can describe some complex flows that might be difficult to model using traditional computational fluid dynamics approaches.

“The size of the focal region generated by conventional spherical concave transducers is restricted by acoustic diffraction to usually the order of the ultrasound wavelength, but this does not meet the needs of more sophisticated treatments,” says Dong Zhang, a researcher at the Institute of Acoustics in China. “Because it is crucial to reduce the size of the focal region while supplying sufficient ultrasonic energy, we were prompted to design a new kind of ultrasonic transducer.”

Traditional acoustic simulation approaches are generally based on the numerical solutions of wave equations. These approaches can provide approximate simulations of the acoustic field, but do not incorporate the physical flow details, and cannot easily handle boundaries with complex geometric structure. In addition, these traditional methods are computationally expensive.

Realizing the full potential of this new tool and applications requires some additional focused research.

“We are working to improve the measuring technique in cases of high pressure and to build a non-isothermal and compressible LBM model based on a complex lattice to capture the details of acoustic field and describe the accompanying acoustic nonlinearity more accurately,” Zhang says. “Also, considering that acoustic cavitation is inevitable under extreme pressure conditions, we want to build a multiphase LBM model to study bubble dynamics, and further investigate the cavitation and collapse jetting.”

The potential applications are not limited to just HIFU therapy. For example, some unique physical phenomena could be observed and investigated under the extreme pressure conditions provided by this device.

“We designed the spherical cavity transducer, a device that has a novel but simple structure, and could generate both the subwavelength-scale focal region and extremely high ultrasonic intensity,” Zhang says.

In addition, while the LBM is widely used in fluid dynamic simulations and rarely in acoustic fields, it provides a novel but promising tool to simulate complicated acoustic fields.