A University of Central California (UCF) researcher has combined cutting-edge nanoscience with a magnetic phenomenon discovered more than 170 years ago to create a method for speedy medical tests.

The discovery, if commercialized, could lead to faster test results for HIV, Lyme disease, syphilis, rotavirus and other infectious conditions.

“I see no reason why a variation of this technique couldn’t be in every hospital throughout the world,” says Shawn Putnam, an assistant professor in the University of Central Florida’s College of Engineering & Computer Science. 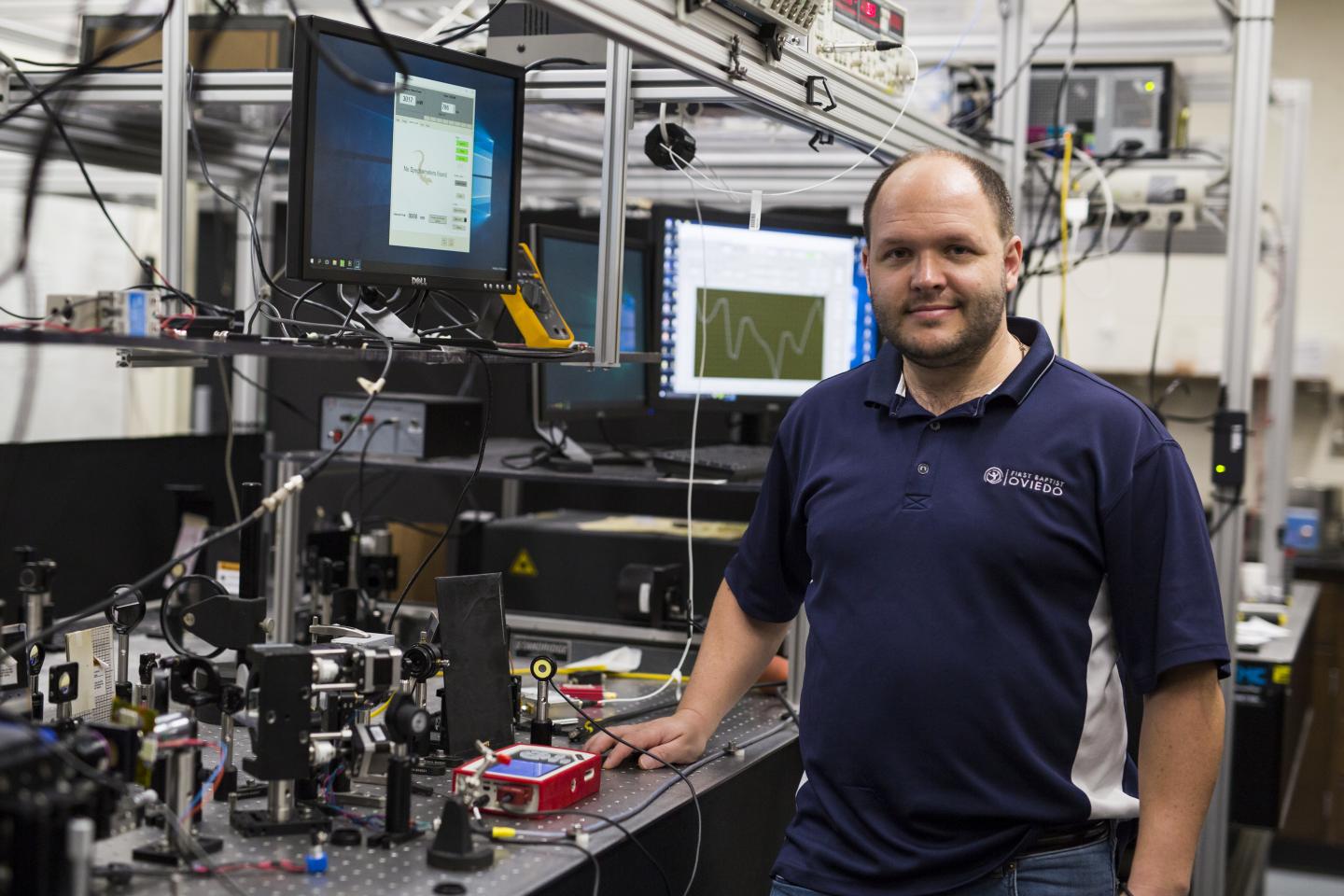 At the core of the research recently published in the academic journal Small are nanoparticles – tiny particles that are one-billionth of a meter. Putnam’s team coated nanoparticles with the antibody to BSA, or bovine serum albumin, which is commonly used as the basis of a variety of diagnostic tests.

By mixing the nanoparticles in a test solution – such as one used for a blood test – the BSA proteins preferentially bind with the antibodies that coat the nanoparticles, like a lock and key.

That reaction was already well known. But Putnam’s team came up with a novel way of measuring the quantity of proteins present. He used nanoparticles with an iron core and applied a magnetic field to the solution, causing the particles to align in a particular formation. As proteins bind to the antibody-coated particles, the rotation of the particles becomes sluggish, which is easy to detect with laser optics.

The interaction of a magnetic field and light is known as Faraday rotation, a principle discovered by scientist Michael Faraday in 1845. Putnam adapted it for biological use.

“It’s an old theory, but no one has actually applied this aspect of it,” he says.

Other antigens and their unique antibodies could be substituted for the BSA protein used in the research, allowing medical tests for a wide array of infectious diseases.

The proof of concept shows the method could be used to produce biochemical immunology test results in as little as 15 minutes, compared to several hours for ELISA, or enzyme-linked immunosorbent assay, which is currently a standard approach for biomolecule detection.