Head and neck cancer patients may no longer have to undergo invasive post-treatment surgery to remove remaining cancer cells, as research shows that innovative scanning-led surveillance can help identify the need for, and guidance of, neck dissection.

The study from the Universities of Birmingham and Warwick, published in the New England Journal of Medicine, used advanced imaging to identify cancer cells still present after treatment of head and neck cancer with primary chemoradiotherapy.

Previous guidelines meant that all head and neck cancer patients have to undergo neck dissection surgery, a three-hour operation with considerable morbidity and up to a one week hospital stay, because there was no reliable way to identify which patients still had remaining cancer cells. 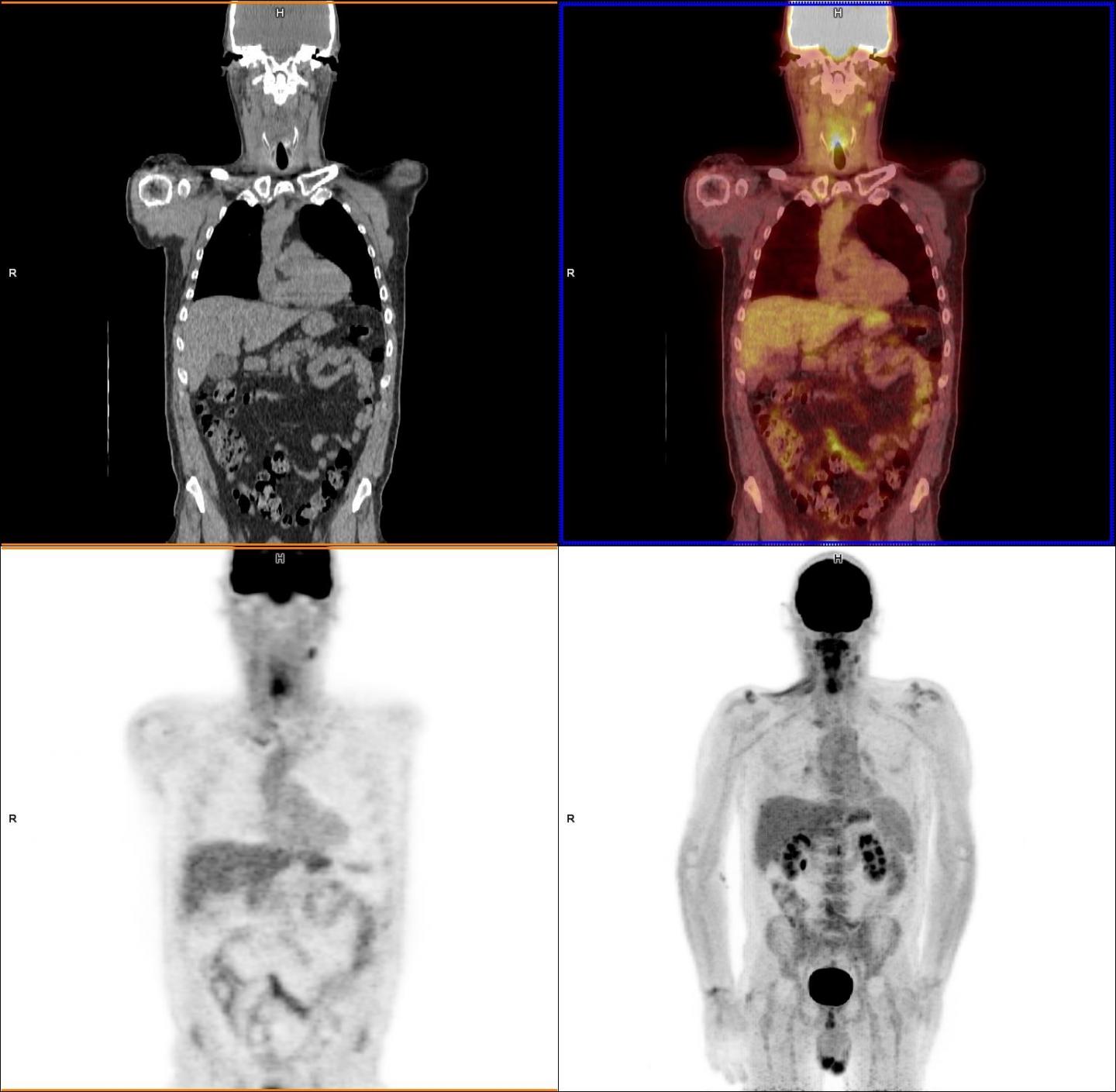 The use of positron emission tomography-computed tomography (PET-CT) scans for image-guided surveillance meant that routine post-treatment operations were no longer necessary, and can now be better targeted to the right areas in those 20% of patients who still have persistent cancer.

Professor Hisham Mehanna, from the Institute of Head and Neck Studies and Education (InHANSE) at the University of Birmingham, explained “After treatment, remaining cancer cells play something akin to ‘hide and seek’. Our study shows that using this PET-CT scan we can hunt them down, find them and remove them effectively.”

The study was conducted across 37 centres in the UK, overseen by Warwick Clinical Trials Unit, University of Warwick. 564 patients were recruited between 2007 and 2012, with 282 in the image-guided surveillance group and 282 in the neck dissection control group.

Survival rates, quality of life and other factors were considered and remained similar across both groups.

Professor Janet Dunn, from Warwick Clinical trials Unit said “this is an important study for the future management of these patients. When we first designed the study in 2007, patients were undergoing routine neck dissection and they did not have access to PET-CT. The results show that the use of PET-CT imaging can prevent unnecessary operations and reduce associated surgical complications.”

Professor Mehanna added, “Patient outcomes, and avoiding unnecessary surgery, are the main goals of this study. But there is a cost saving to be made too. When compared with neck dissection, the PET-CT guided surveillance saved £1,492 (US$2,190) per person for the NHS. Carry that across the tens of thousands of cases each year across the world and you see a significant saving that can be redistributed into other therapies.”

UK Life Sciences Minster George Freeman MP said, “This exciting trial has the potential to make a real difference to the lives of people with head and neck cancer, meaning that they may not have to undergo an extremely stressful medical procedure. Through our commitment to investing £1bn every year in the National Institute for Health Research during this Parliament, we’re funding world class medical breakthroughs which can improve patient safety and help avoid unnecessary NHS treatment costs.”