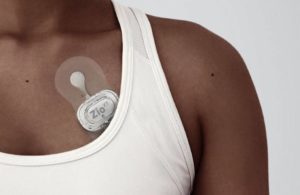 iRhythm Technologies (NSDQ:IRTC) announced today that a study demonstrated the superiority of its Zio XT compared to other cardiac monitors.

According to a news release, while earlier studies have proven Zio XT to be better than Holter and event monitors for detecting arrhythmias, the KP-Rhythm2 study (led by Kaiser Permanente and supported by a research grant from iRhythm) is the first to specifically address the Zio XT patch against a 30-day event monitor yielding similar diagnostic yield for AFib and AFL in a general population of adults without known prior AFib/AFL.

iRhythm also touted the results of the Brady-TAVR study aimed at determining the prevalence of bradyarrhythmias among patients undergoing transcatheter aortic valve replacement (TAVR) and whether pre- and post-TAVR extended rhythm monitoring with Zio XT would aid in the prediction of conduction disturbances and permanent pacemaker (PPM) implantation risk.

The study found that bradyarrhythmias can be detected with 14-day cardiac monitoring through the Zio XT platform both before and after TAVR, iRhythm said.