The study used billing claims data to evaluate the real-world effectiveness of a prophylactic dressing at reducing hospital-acquired pressure injury rates in 1.03 million patients treated at 38 academic medical centers and member institutions of the University Health System Consortium. No other prophylactic dressing has such extensive, real-world evidence to support its use in pressure ulcer prevention programs. 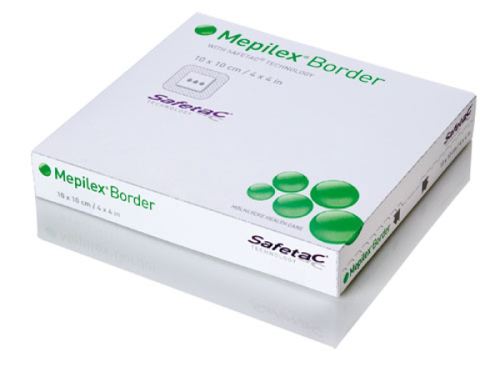 The study found significant pressure injury rate reductions following the prophylactic adoption of Mepilex Border Sacrum dressings, concluding that they were an effective component of a pressure injury prevention protocol. On average, hospitals using a typical quantity of 1-2 dressings per hospitalized patient admission experienced a 1.0 case reduction per quarter in pressure injuries identified by Patient Safety Indicator #3 (PSI-03) , which is made up of Hospital Acquired Pressure Injuries (HAPI) stages 3, 4 and unstageable. These stages of pressure ulcers are the most dangerous for patients and the most expensive to treat.

One of the most significant findings of the study was that hospitals investing in Mepilex Border Sacrum dressings for prophylactic use at a rate of one dressing per patient made a 100% return on investment in less than one year (not including litigation costs). Across the study population, spending on pressure injury treatment decreased from $120/patient to $43/patient, while investment in prophylactic dressings increased from $2.60/patient to $20/patient.

Since the average estimated cost of a PSI-03 ranges from $50,000 to $150,000, the study reveals that the prophylactic use of Mepilex Border Sacrum dressings could save hospitals $200,000 to $600,000 per year in expenses associated with pressure injuries, as well as avoidance of CMS penalties for high hospital- acquired condition rates.

“Pressure injury rates are on a downward trend from 2006 to 2015 as reported in the study by VanGilder and colleagues,” the article states. “The findings in our study on the effectiveness of prophylactic 5-layer foam sacral dressings in acute care hospitals may offer one explanation of the successful reduction in HAPIs many hospitals have achieved.”

The article also notes that the study only analyzed the effects of the Mepilex Border Sacrum 5-layer foam sacral dressings on HAPI outcomes, stating, “The comparative effectiveness of other types of dressings used prophylactically cannot be drawn from this study.”

The Mepilex Border dressing was designed to significantly reduce factors that cause pressure ulcers, including friction, shear, pressure and microclimate, and its effectiveness has been demonstrated through four randomized controlled clinical trials and several systematic reviews. Each of the five layers serves a specific purpose, which formulates its unique strength, durability and absorbency. No other dressing on the market exhibits these same properties — or the proven clinical results — in pressure injury prevention.