A team of researchers at the University of Cologne’s Faculty of Medicine and the German Center for Infection Research (DZIF) has achieved a scientific breakthrough in the accelerated diagnosis of multi-resistant hospital pathogens. Using a novel immunochromatographic method, the researchers detected bacteria that are resistant to the antibiotic group carbapenemes within 20 to 45 minutes from blood cultures with 100 percent certainty. Current test procedures still take up to 72 hours. The results have been published in PLOS ONE.

Patients with bloodstream infections caused by gram-negative pathogens such as Escherichia coli (E. coli) have a high mortality rate. However, the infection has so far usually been treatable with antibiotics. But due to the increased antibiotic resistance of bacteria, also against the group of carbapenems, therapy has become increasingly difficult. Infections with multi-resistant pathogens that are also resistant to such ‘reserve antibiotics’ often lead to ineffective antibiotic therapy and thus to higher mortality.

In order to detect pathogens such as E. coli in the bloodstream, methods are currently being used that take 16 to 72 hours to detect antibiotic resistance. Accelerated diagnostics is therefore an essential step in treating patients with infections caused by carbapenem-resistant bacteria faster and more specifically, and in curbing the spread of the pathogens. The resistance of gram-negative bacteria is usually caused by enzymes that can destroy antibiotics, including carbapenem antibiotics. They are known as carbapenemases. The most common carbapenemases worldwide are Klebsiella pneumoniae carbapenemase (KPC), New Delhi metallo-betalactamase (NDM) and OXA-48. 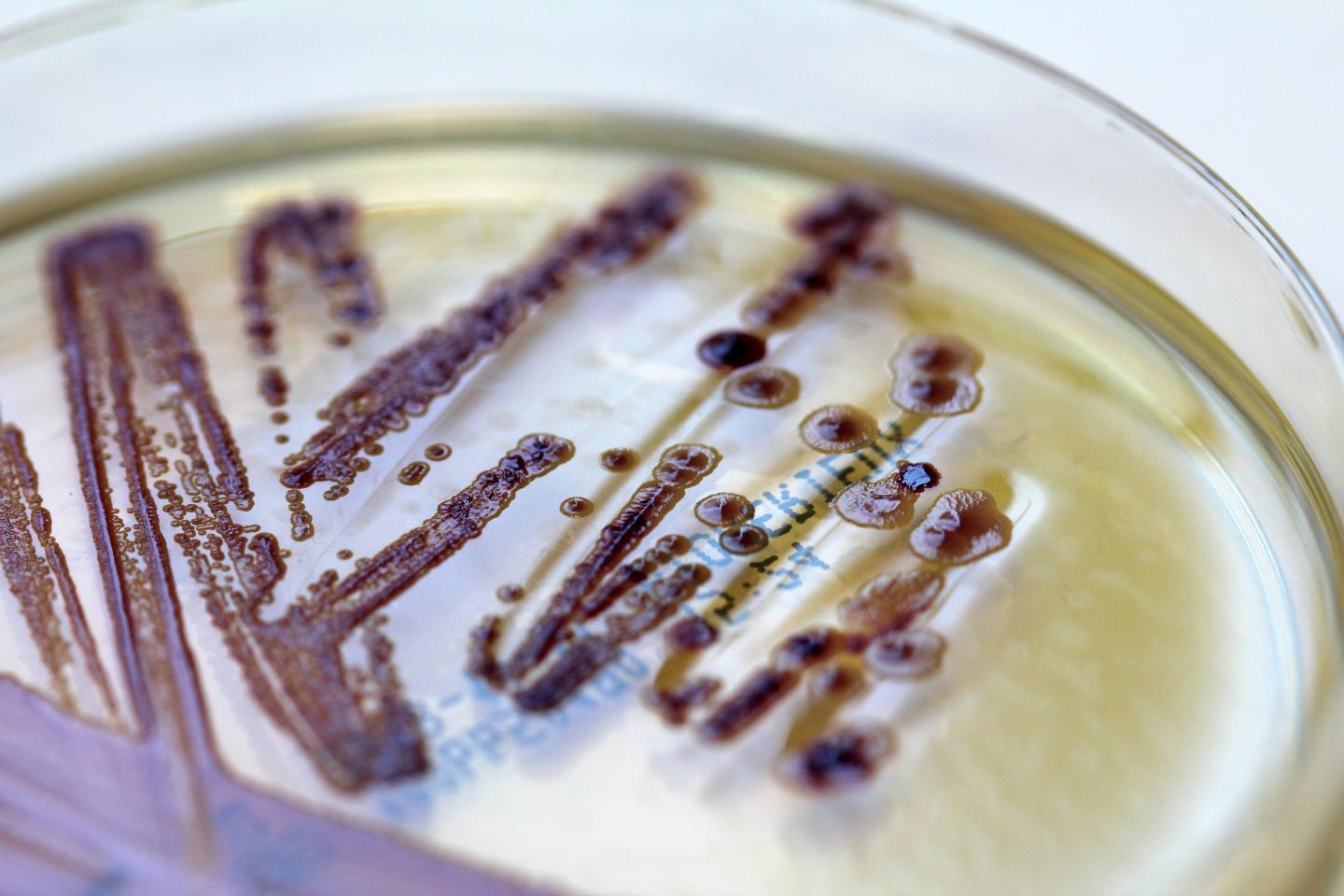 Long test procedures such as cultivation on agar may soon be a thing of the past when testing patients for multi-resistent pathogens. (Image credit: University of Cologne)

The present study examined blood samples mixed with carbapenemase-producing bacteria. Three of the four most common carbapenemases — OXA-48, KPC, and NDM — were discovered directly from positive blood cultures using a single test procedure without the need for time-consuming further cultivation on agar plates. The new method is fast, easy to use, inexpensive (approximately 10 euros per test) and can be performed in any clinical microbiology laboratory.

“With this procedure, we have come a giant step closer to our goal of being able to help patients infected with multi-resistant pathogens as quickly as possible,” says study lead author Professor Dr. med. Axel Hamprecht from the German Center for Infection Research and the Institute for Medical Microbiology, Immunology and Hygiene at Cologne University Hospital. “In the case of the aggressive pathogens we are confronted with, every minute counts in order to start a targeted therapy. We now have to conduct follow-up studies in order to transfer our findings into clinical practice as quickly as possible.”

The proof-of-principle study, which is funded by the University of Cologne’s Faculty of Medicine, proves the safety and efficacy of the new method. However, before the new method can replace conventional diagnostics and be introduced into clinical practice, further studies will be necessary.