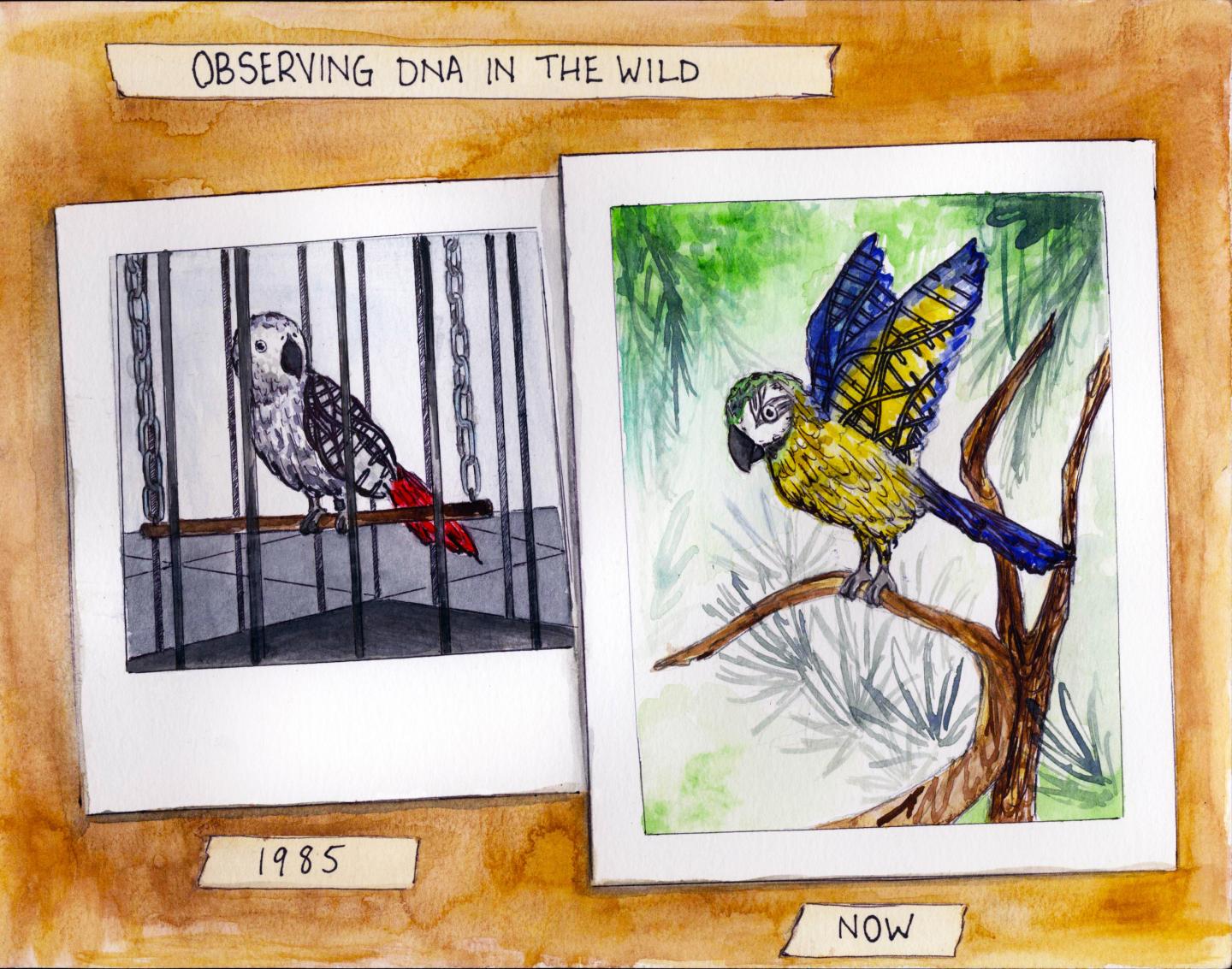 The Rice University lab of bioengineer David Zhang has created a new tool to analyze DNA “in the wild” that could save researchers months of toil. The goal is to build a comprehensive database of the thermal behaviors of DNA and RNA strands. (Credit: Cindy Thaung/Rice University)

Rice University scientists have developed a tool to speed the design of molecular diagnostics that depend on the specific recognition of pathogen DNA and RNA.

The Rice lab of bioengineer David Zhang introduced a method that cuts the time required to analyze the thermal behaviors of DNA and RNA strands from months to hours. The open-access method described this week in Nature Communications will help scientists build a universal database of biophysical properties of genetic molecules.

Typically, to study the behavior of a particular DNA sequence – for example, one that is specific to a virus — researchers would heat and cool the molecules to observe their fluorescence at different temperatures. This technique is known as a melting curve analysis. Using rules of thumb, researchers would then guess the DNA’s properties at temperatures other than the one measured. However, such approaches are inaccurate because the way a DNA molecule behaves at 75 degrees Celsius is a poor predictor of how it behaves at 37 C, Zhang said.

“Our goal is to build a database of good DNA and RNA thermodynamic parameters. Melt curves done in the ’80s and ’90s are too crude,” he said. “Unfortunately, that’s what people in diagnostic and life-sciences research use today because there’s been no better method.

“Our main innovation is that we have developed a way to measure exact thermodynamics at the temperatures and other conditions we care about. We are studying DNA ‘in the wild’ rather than observing DNA molecules that have been locked up in an overheated cage.” 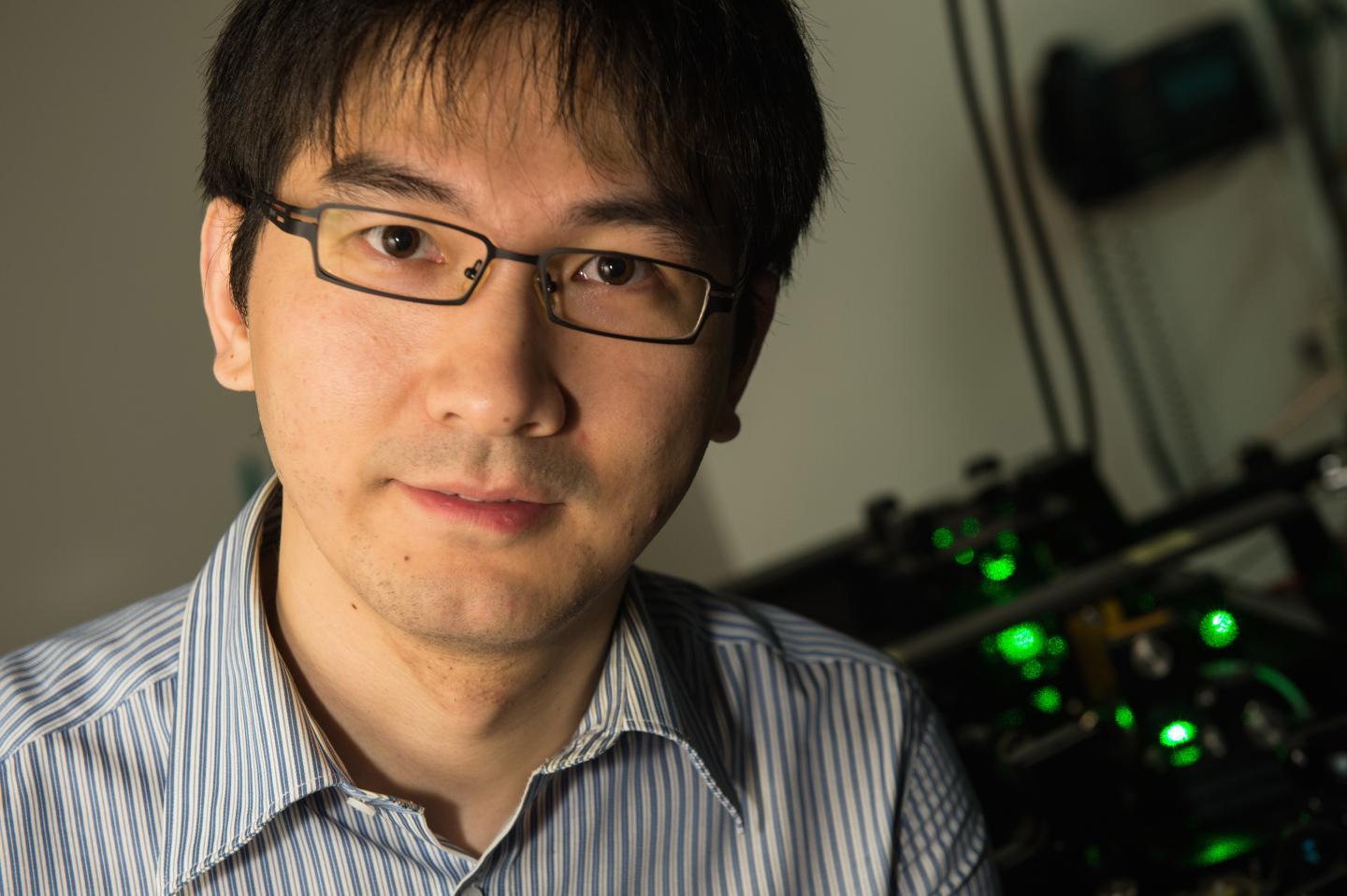 Animals in the wild are hard to study because they can take a long time to come into a camera’s field of view. The same observational challenge applies to the study of DNA in its native conditions, Zhang said. “Typically, it would take months of observing until a researcher is able to find the true state of the DNA, and that’s too long to wait,” he said. “We have developed a system that helps us quickly zoom in on the DNA molecules being studied. Typically, because we are speeding the reaction up 10,000- or even 100,000-fold, we only have to wait a couple of hours to do our analysis.”

Zhang said that while their technique is more labor-intensive than a melting curve, it generates far more accurate results, as proven by the hundreds of molecules his lab has already analyzed. The errors that the research team has encountered are roughly tenfold lower than previous methods; this allows for more accurate rational design of DNA diagnostic reagents. A high-resolution melt experiment would have to be repeated dozens of times to generate an average result with close to the same precision, he said, but even that would not mitigate errors from testing under unrealistic conditions.

The Rice method is the first for which Zhang’s lab will not seek a patent. “This is something I feel is beneficial to the entire world,” he said. “I want people to use this so we can build thermodynamic databases together. We’ve basically started the process of forming the database, but we’re nowhere near the end.”