A newly discovered Raymond Chandler story has everything from an indictment of the medical industry to some mysterious scribble.

“It’s All Right: He Only Died,” the title suggesting a macabre Bob Dylan song, is a brief, bitter narrative about a doctor who refuses to treat a patient and the consequences of his decision. The story appears in the holiday edition of The Strand Magazine and comes with an author’s note from Chandler and a puzzler for readers. The Strand’s layout includes some handwritten comments by Chandler at the bottom of the manuscript, so illegible the magazine is asking for help. (Individual words, such as “suddenly” and “she,” can be deciphered).

“Whenever we get stumped, we call on our readers’ skills and intelligence to save the day,” reads an editor’s note. “Email us your ideas to unlock the ‘Chandler Code’ at chandlercode@strandmag.com.”

Chandler, who died in 1959, is known for “The Big Sleep,” ”Farewell, My Lovely” and other fiction featuring private eye Philip Marlowe. Sarah Trott, author of “War Noir: Raymond Chandler and the Hard-Boiled Detective as Veteran in American Fiction,” believes that “It’s All Right” was written between 1956 and 1958. Strand managing editor Andrew Gulli obtained the story from the University of Oxford’s Bodleian Library, to which “It’s All Right” and other papers were donated in a shoe box in the 1990s. 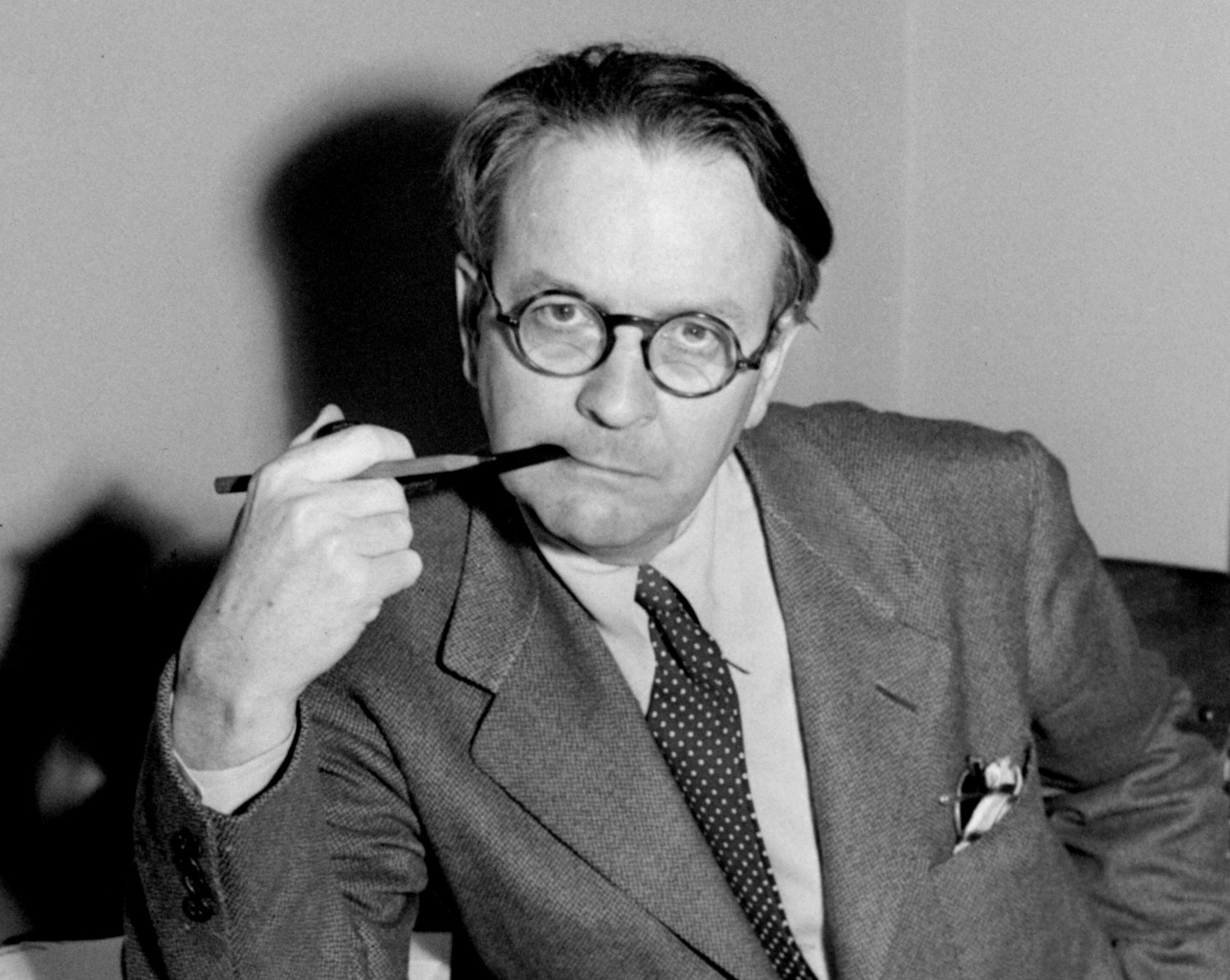 This 1946 file photo shows mystery novelist and screenwriter Raymond Chandler. A newly discovered Chandler story, “It’s All Right: He Only Died” will appear in the holiday edition of The Strand Magazine. (AP Photo, File)

“Iris Cook, the admitting clerk at the General Hospital, stood looking down distastefully at the filthy figure on the stretcher in the hospital corridor,” Chandler writes. The doctor on duty, worried about getting paid and about getting home for dinner, mistakes the patient for a poor person and suggests he be moved to a different hospital. Chandler had strong enough feelings about health care, and the greed he believed prevalent, that he considered writing a book about it. In an author’s note attached to “It’s All Right,” he stated that the doctor had disgraced “himself as a person, as a healer, as a saviour of life.”

“In the medical profession there are many like him — and thousands quite unlike him,” Chandler wrote. “The practice of medicine at times demands too much of a man. But he knew long ago that it would, that it would inevitably have to on occasion. In essence, therefore, he accepted a trust, and betrayed it. Why should a doctor in such circumstances be better than other men? The answer is simply, that if he isn’t, he is not a doctor.”

Trott, whose brief essay also appears in The Strand, believes that “It’s All Right” fits with Chandler’s disdain for wealthy people. But she also found “It’s All Right” darker than the Marlowe stories. Instead of “cynicism and wit,” the kind immortalized by Humphrey Bogart in the film adaptation of “The Big Sleep,” Trott writes that “It’s All Right” has a tone “bordering on sinister” as Chandler assails the doctor. She notes that Chandler had lived in England and likely found the British health care system far more humane.

“It is a contemporary life-or-death story; a cautionary tale about the problematic nature of assumption and appearance in a ‘cash-is-king’ society, and a disturbing commentary about the American dream, where the competition to remain employed means not running a hospital ‘for charity,’ even if it requires denying medical attention to seriously ill patients,” Trott writes.

“The story is also reminiscent of Chandler’s favorite theme: the terrible impact that money and the capitalist system have upon society.”