In patients suffering from Type 1 diabetes, the immune system attacks the pancreas, eventually leaving patients without the ability to naturally control blood sugar. These patients must carefully monitor the amount of sugar in their blood, measuring it several times a day and then injecting themselves with insulin to keep their blood sugar levels within a healthy range. However, precise control of blood sugar is difficult to achieve, and patients face a range of long-term medical problems as a result.

A better diabetes treatment, many researchers believe, would be to replace patients’ destroyed pancreatic islet cells with healthy cells that could take over glucose monitoring and insulin release. This approach has been used in hundreds of patients, but it has one major drawback — the patients’ immune systems attack the transplanted cells, requiring patients to take immunosuppressant drugs for the rest of their lives.

Now, a new advance from MIT, Boston Children’s Hospital, and several other institutions may offer a way to fulfill the promise of islet cell transplantation. The researchers have designed a material that can be used to encapsulate human islet cells before transplanting them. In tests on mice, they showed that these encapsulated human cells could cure diabetes for up to six months, without provoking an immune response.

Although more studies are needed, this approach “has the potential to provide diabetics with a new pancreas that is protected from the immune system, which would allow them to control their blood sugar without taking drugs. That’s the dream,” says Daniel Anderson, the Samuel A. Goldblith Associate Professor in MIT’s Department of Chemical Engineering, a member of MIT’s Koch Institute for Integrative Cancer Research and Institute for Medical Engineering and Science (IMES), and a research fellow in the Department of Anesthesiology at Boston Children’s Hospital.

Anderson is the senior author of two studies describing this method in the Jan. 25 issues ofNature Medicine and Nature Biotechnology. Researchers from Harvard University, the University of Illinois at Chicago, the Joslin Diabetes Center, and the University of Massachusetts Medical School also contributed to the research. 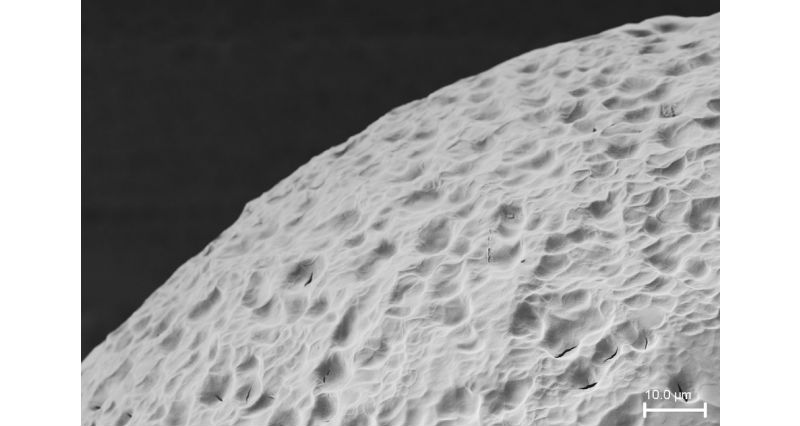 A stealth material surface, shown here, has been engineered to provide an “invisibility cloak” against the body’s immune system cells. In this electron microscopy image, you can see the material’s surface topography.

Encapsulating Cells
Since the 1980s, a standard treatment for diabetic patients has been injections of insulin produced by genetically engineered bacteria. While effective, this type of treatment requires great effort by the patient and can generate large swings in blood sugar levels.

At the urging of JDRF director Julia Greenstein, Anderson, Langer, and colleagues set out several years ago to come up with a way to make encapsulated islet cell transplantation a viable therapeutic approach. They began by exploring chemical derivatives of alginate, a material originally isolated from brown algae. Alginate gels can be made to encapsulate cells without harming them, and also allow molecules such as sugar and proteins to move through, making it possible for cells inside to sense and respond to biological signals.

However, previous research has shown that when alginate capsules are implanted in primates and humans, scar tissue eventually builds up around the capsules, making the devices ineffective. The MIT/Children’s Hospital team decided to try to modify alginate to make it less likely to provoke this kind of immune response.

“We decided to take an approach where you cast a very wide net and see what you can catch,” says Arturo Vegas, a former MIT and Boston Children’s Hospital postdoc who is now an assistant professor at Boston University. Vegas is the first author of the Nature Biotechnology paper and co-first author of the Nature Medicine paper. “We made all these derivatives of alginate by attaching different small molecules to the polymer chain, in hopes that these small molecule modifications would somehow give it the ability to prevent recognition by the immune system.” 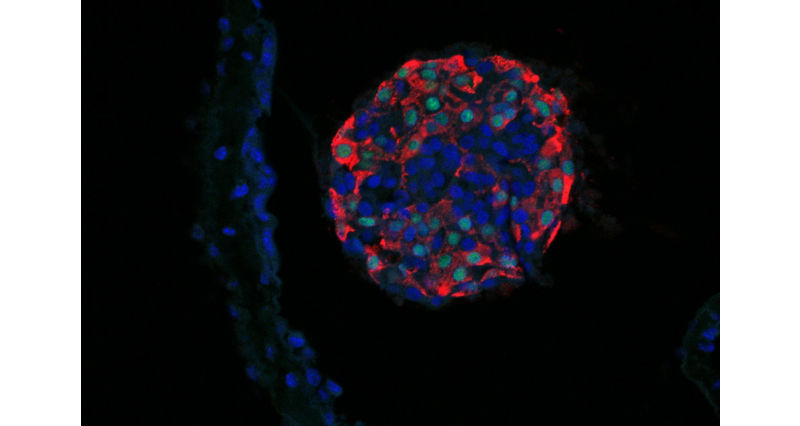 Glucose-stimulated insulin-producing cells, derived from stem cells, are protected inside capsules that are engineered to be invisible to the host immune system.

After creating a library of nearly 800 alginate derivatives, the researchers performed several rounds of tests in mice and nonhuman primates. One of the best of those, known as triazole-thiomorpholine dioxide (TMTD), they decided to study further in tests of diabetic mice. They chose a strain of mice with a strong immune system and implanted human islet cells encapsulated in TMTD into a region of the abdominal cavity known as the intraperitoneal space.

The pancreatic islet cells used in this study were generated from human stem cells using a technique recently developed by Douglas Melton, a professor at Harvard University who is an author of the Nature Medicine paper.

Following implantation, the cells immediately began producing insulin in response to blood sugar levels and were able to keep blood sugar under control for the length of the study, 174 days.

“The really exciting part of this was being able to show, in an immune-competent mouse, that when encapsulated these cells do survive for a long period of time, at least six months,” says Omid Veiseh, a senior postdoc at the Koch Institute and Boston Children’s hospital, co-first author of the Nature Medicine paper, and an author of the Nature Biotechnology paper. “The cells can sense glucose and secrete insulin in a controlled manner, alleviating the mice’s need for injected insulin.”

The researchers also found that 1.5-millimeter diameter capsules made from their best materials (but not carrying islet cells) could be implanted into the intraperitoneal space of nonhuman primates for at least six months without scar tissue building up.

“The combined results from these two papers suggests that these capsules have real potential to protect transplanted cells in human patients,” says Robert Langer, the David H. Koch Institute Professor at MIT, a senior research associate at Boston’s Children Hospital, and co-author on both papers.  “We are so pleased to see this research in cell transplantation reach these important milestones.”

Cherie Stabler, an associate professor of biomedical engineering at the University of Florida, says this approach is impressive because it tackles all aspects of the problem of islet cell delivery, including finding a source of cells, preventing an immune response, and developing a suitable delivery material.

“It’s such a complex, multipronged problem that it’s important to get people from different disciplines to address it,” says Stabler, who was not involved in the research. “This is a great first step towards a clinically relevant, cell-based therapy for Type I diabetes.” 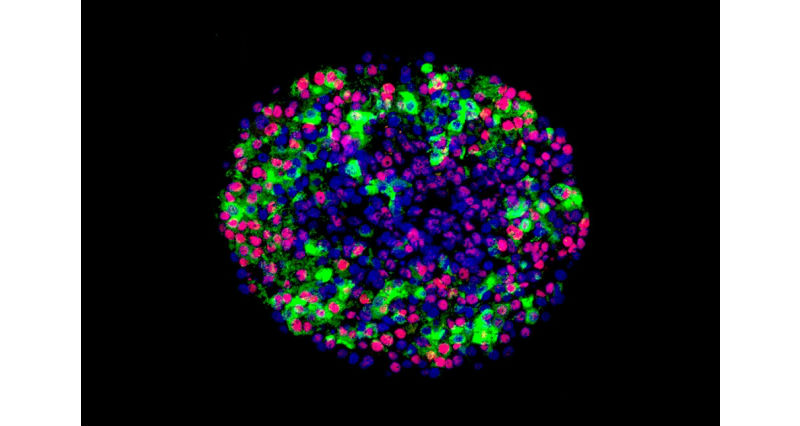 Insulin Independence
The researchers now plan to further test their new materials in nonhuman primates, with the goal of eventually performing clinical trials in diabetic patients. If successful, this approach could provide long-term blood sugar control for such patients. “Our goal is to continue to work hard to translate these promising results into a therapy that can help people,” Anderson says.

The researchers are also investigating why their new material works so well. They found that the best-performing materials were all modified with molecules containing a triazole group — a ring containing two carbon atoms and three nitrogen atoms. They suspect this class of molecules may interfere with the immune system’s ability to recognize the material as foreign.

The work was supported, in part, by the JDRF, the Leona M. and Harry B. Helmsley Charitable Trust, the National Institutes of Health, and the Tayebati Family Foundation.