The noise on children’s medical wards at night exceeds the maximum limit recommended by the World Health Organization (WHO) and is significantly louder than in their bedrooms at home, a small comparative study, published online in Archives of Disease in Childhood, has found.

This background din may be contributing to shorter and poorer quality sleep during an inpatient stay, say the researchers, as parents and children in this study clocked up over an hour less shut-eye than when sleeping at home.

Previous research indicates that children’s cancer and intensive care wards are noisy at night, but it’s not clear if this sound level applies to general medical wards as well.

To try and find out, the researchers compared the length and quality of sleep experienced by 46 children and 16 of their mothers on general children’s wards at one large hospital and in their bedrooms at home.

Sleep-wake patterns were recorded using a tracking device (actigraph) worn on the wrist for around three nights in both of the locations, while decibel levels were monitored using a sound level meter at the child’s bedside in hospital and at home.

The children’s average age was 9 years, but ranged from 3 to 16. Around two thirds had been admitted with a serious/sudden onset condition. 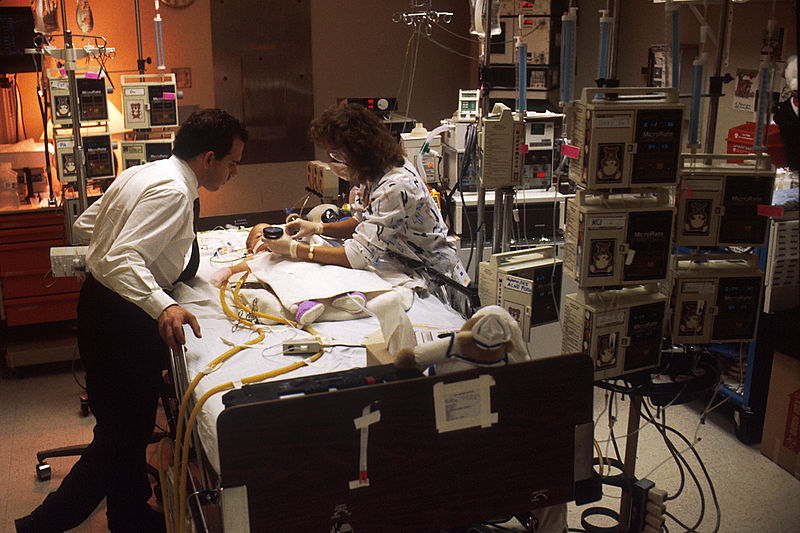 Sound level monitoring was completed for eight of the children at both locations for at least one night. The average sound level recorded on the hospital ward was 48.24 decibels, reaching 50.35 decibels for beds in open bays.

This is higher than the WHO recommended average maximum for a hospital ward of 30 decibels, peaking at 45 decibels, and the background noise levels recorded in the children’s bedrooms of 34.7 decibels.

The researchers emphasise that their study was not designed to explain why children and their parents got less and poorer quality sleep, so it can’t establish cause. But they suggest that “it is reasonable to infer that noise will have affected sleep,” because the sleeping brain has evolved to be highly attuned to sound to cope with any potential threats.

And they point to a growing body of evidence, highlighting the key role sleep has in regulating emotions and behaviour across the life course, to say nothing of its impact on the pain response and the immune system.

“Despite 150 years of medical progress we have forgotten the basic lessons of patient care,” they write. This was exemplified by Florence Nightingale, who in 1859, wrote that: ‘unnecessary noise is the cruellest absence of care.’