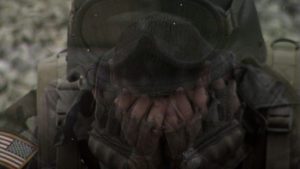 “Ongoing symptoms of post-traumatic stress, whether clinically diagnosed or not, are a pervasive problem in the military,” Charles H. Tegeler, professor of neurology at Wake Forest School of Medicine and principal investigator on the study, said in a press release. “Medications are often used to help control specific symptoms, but can produce side effects. Other treatments may not be well tolerated, and few show a benefit for the associated sleep disturbance. Additional noninvasive, non-drug therapies are needed.”

The method allows for the brain to listen to itself using an acoustic mirror. The brain is then able to self-adjust to improve balance and reduced hyperarousal without using conscious or cognitive activity. Essentially, the neurotechnology is designed to support the brain as it resets stress response patterns that have faced rewiring as a result of repeated traumatic events.

In the study, 18 active duty and veteran military personnel who had PTSD symptoms between one and 25 years ago received an average of 19.5 HIRREM sessions in a 12 day period. The researchers collected symptom data before and after treatment while also conducting follow-up online interviews one-, three- and six-month intervals. The researchers also recorded data for heart rate and blood pressure after the first two visits to measure downstream autonomic balance with heart rate variability and baroreflex sensitivity.

“We observed reductions in post-traumatic symptoms, including insomnia, depressive mood and anxiety that were durable through six months after the use of HIRREM, but additional research is needed to confirm these initial findings,” Tegeler said. “This study is also the first to report improvement in heart rate variability and baroreflex sensitivity – physiological responses to stress – after the use of an intervention for service members or veterans with ongoing symptoms of post-traumatic stress.”

The study was published in the journal Military Medical Research was support by the Joint Capability Technology Demonstration Program within the Office of the Under Secretary of Defense and a grant from The Susanne Marcus Collins Foundation, Inc. to the Department of Neurology at Wake Forest Baptist.